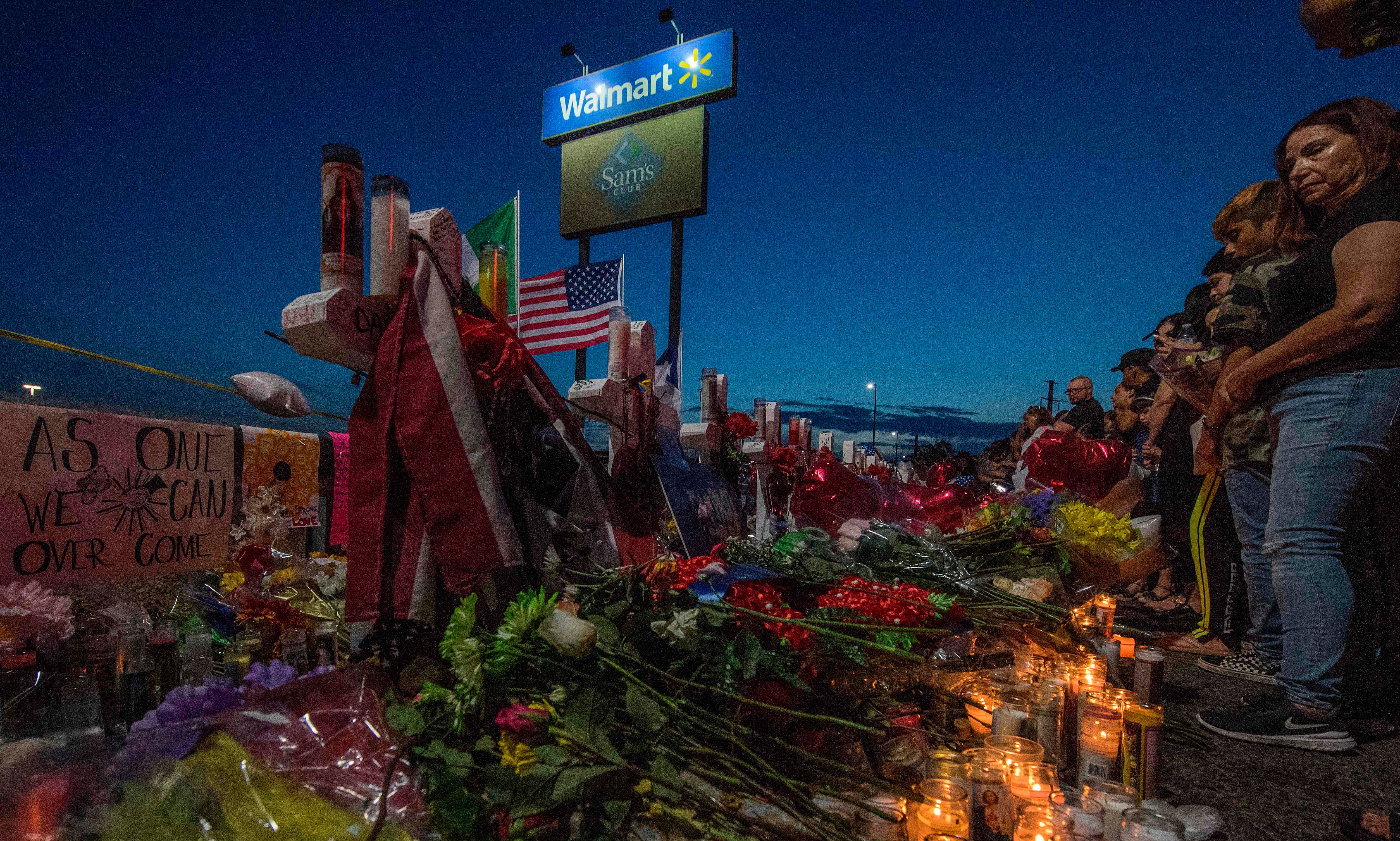 People pay their respects at the makeshift memorial for victims of the shooting that left a total of 22 people dead at the Cielo Vista Mall WalMart in El Paso, Texas, on August 6, 2019.

Following two deadly shootings at Walmart stores this summer, the company is taking displays of violent video games out of stores.

Walmart this week sent workers in its stores a notice telling them to take “immediate action,” to “remove signing and displays referencing violence.” It called out specifically turning off PlayStation and Xbox units with violent graphics, and also to “cancel and events promoting combat or third-person shooter games.”

“We’ve taken this action out of respect for the incidents of the past week, and this action does not reflect a long-term change in our video game assortment,” a spokeswoman told CNBC on Friday.

While some argue video games incite violent behavior and raise mental health concerns, there isn’t substantial evidence to back this claim up.

“I’m going to give Walmart the benefit of the doubt on this one,” Patrick Markey, director of The Interpersonal Research Laboratory and professor of psychology at Villanova University, said. “I think they simply don’t want to remind shoppers of the violence. I think if they had stopped selling video games and kept selling guns that would have been more of a red flag.”

“The research is not there to suggest that there is a link between violent video games and these horrific acts of violence,” he said. “When we look at when people play video games, we actually see a dip in violent crimes … and we don’t see an uptick later on.”

Back in 2017, the American Psychology Association’s media psychology division published a policy statement that reads: “Scant evidence has emerged that makes any causal or correlational connection between playing violent video games and actually committing violent activities.”

By Friday morning, there was an active discussion on social media about the retailer’s changes. Reddit users who claim to be Walmart employees were questioning the new policy, saying it removes “virtual violence,” while continuing to sell guns.

Walmart CEO Doug McMillon earlier this week took to his social media accounts to say the company will be “thoughtful and deliberate” in how it responds to the shootings, one of which took place on July 30 at its El Paso store, where 22 people were killed.

U.S. Senator and Democratic presidential hopeful Elizabeth Warren also tweeted to Walmart on Friday morning: “No profit is worth those lives. Do the right thing — stop selling guns.” She said she would be at a rally this weekend urging the same.

Walmart spokesperson Randy Hargrove said about half of the 4,700 Walmart locations in the U.S. sell guns, with more selling ammunition. But Hargrove has said there are no plans for Walmart to change its firearms policies since the shootings or a petition was started to protest gun sales.

U.S. Senator and Democratic presidential candidate Cory Booker applauded the petition, saying on Friday: “Walmart should use its power to stop selling guns in its stores until politicians and gun manufacturers get their act together and raise the standard for gun ownership in this country.”

In an example of how sensitive the current climate still is following the two shootings at Walmart, an armed man walked into a Walmart store Friday morning in Missouri, dressed in body armor, before he was detained at gunpoint by an off-duty firefighter. His motivation was not immediately known.