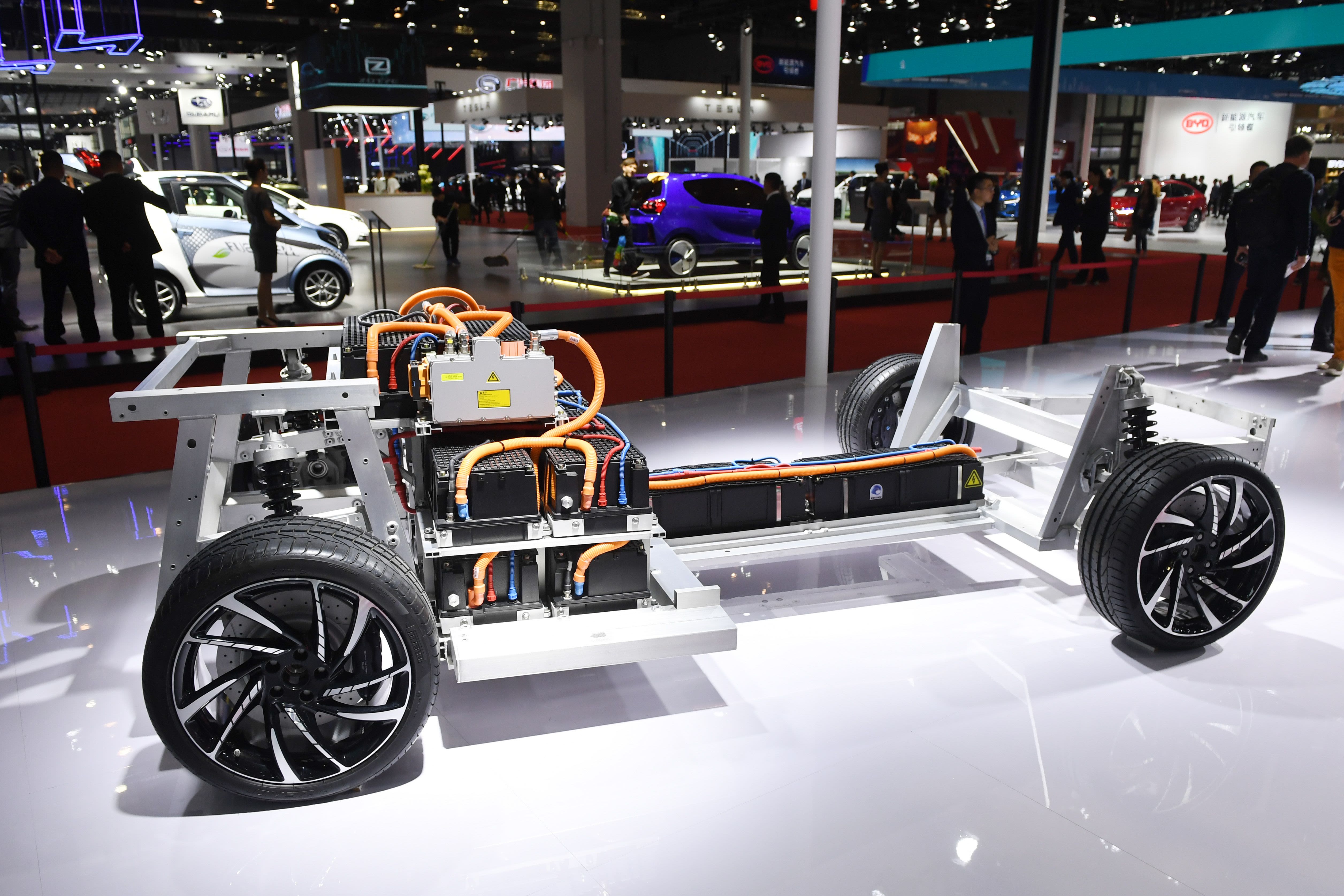 This photo taken on April 17, 2019 shows the chassis and batteries of an electric car designed by GTECH Shanghai, on display at the Shanghai Auto Show in Shanghai.

A U.S. senator plans to introduce legislation on Thursday to streamline regulation and permitting requirements for the development of mines for lithium, graphite and other electric-vehicle supply chain minerals, part of a plan to offset China’s dominance in the space.

While Tesla, Volkswagen and other electric-focused automakers and battery manufacturers are expanding in the United States, they are reliant on mineral imports without a major push to develop more domestic mines and processing facilities.

“Our challenge is still a failure to understand the vulnerability we are in as a nation when it comes to reliance on others for our minerals,” said Murkowski, a Republican from Alaska.

It produces nearly two-thirds of the world’s lithium-ion batteries – compared with 5 percent for the United States – and controls most of the world’s lithium processing facilities, according to data from Benchmark Minerals Intelligence, which tracks prices for lithium and other commodities and held a Washington event on Thursday designed to bring together miners, regulators and politicians.

The meeting, attended by more than 100 people, featured speakers from Tesla, the U.S. Department of State and Department of Energy, as well as Standard Lithium, Pioneer and other companies working to develop U.S. lithium mines.