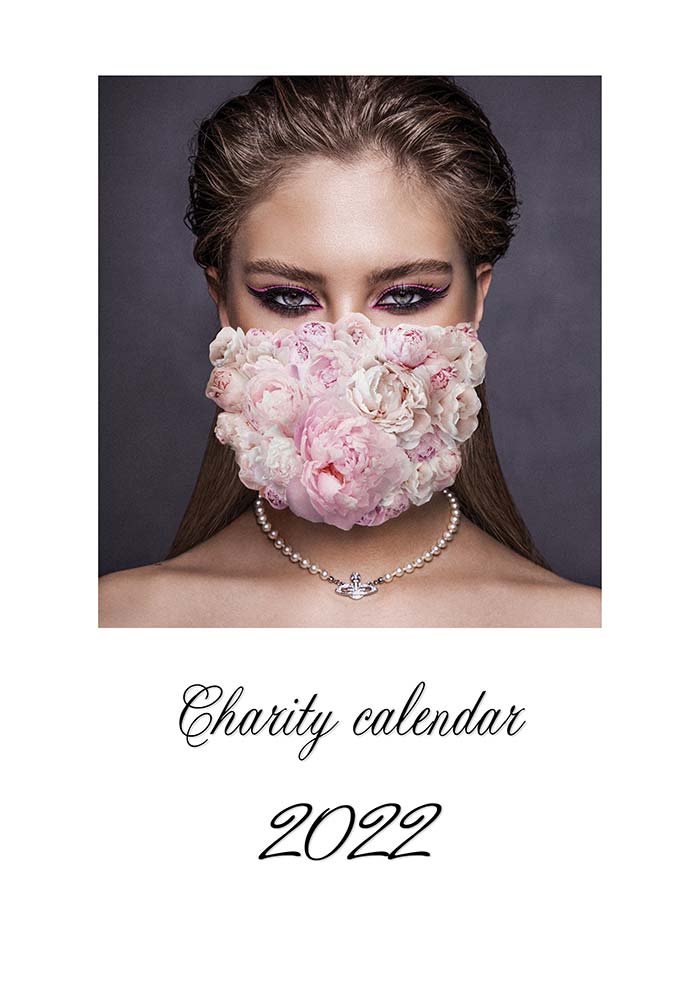 We talked to the women and found out why they created such an excellent collection and how they were able to package it for a charity project.

Elvira, we know that you have been doing the Charity Calendar project for many years. Previously, it was the theme “Seasons”, as well as the theme “Peoples of the World”. The hottest topic this year is, of course, the coronavirus. You have created 12 unique natural flower masks. Tell us who participated in the project and what is your project aimed at?

E.G.: Women and children from all over Ukraine took part in the Charity Calendar project. Among them are a business woman, teachers and models. Thus, women from completely different spheres participated in our project. An individual look was selected for each participant — a mask made of fresh flowers, viburnum, leaves. Soon you will be able to see everything with your own eyes!

Julia, tell me, how long did it take you to create each mask?

J. L.: It took me from several hours to several days to create each mask, depending on the complexity.

Tell us who took part in the project. 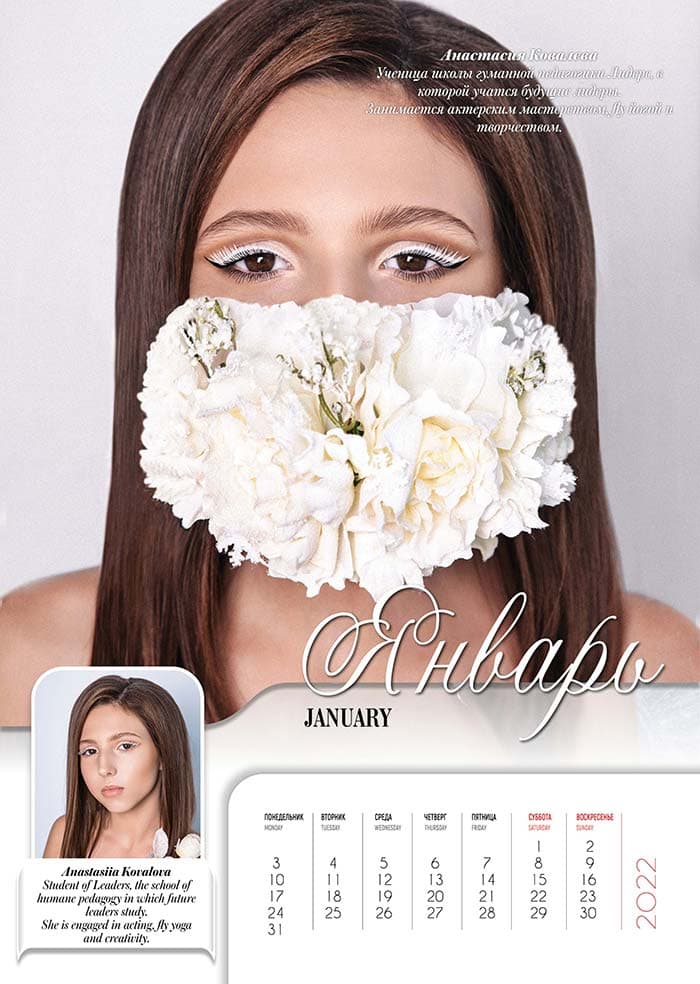 January – Anastasiia Kovalova: Student of Leaders, the school of humane pedagogy in which future leaders study. She is engaged in acting, fly yoga and creativity. 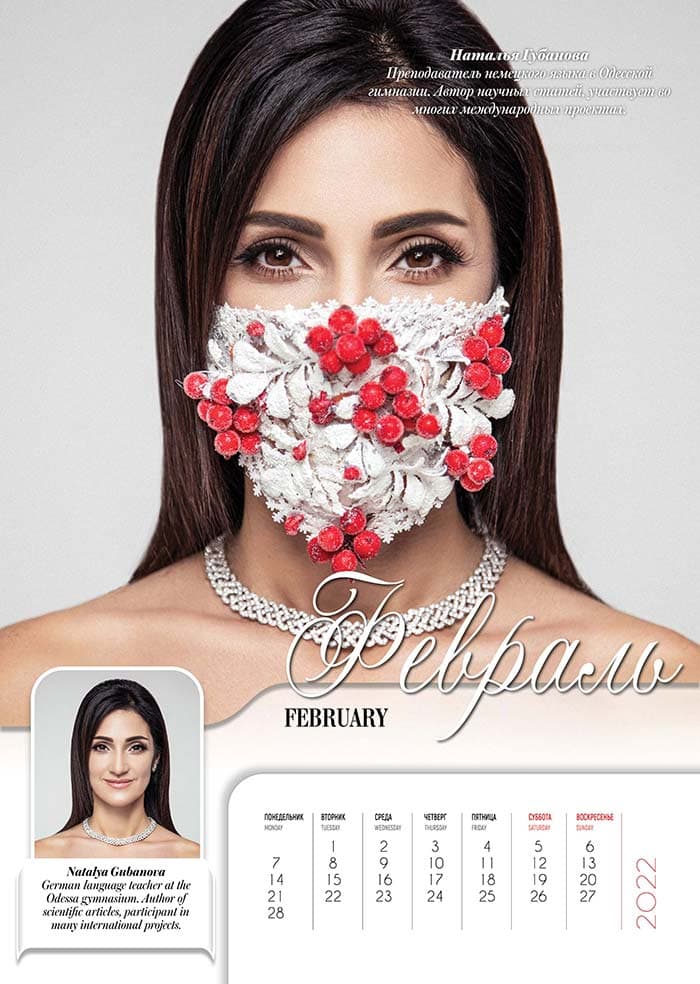 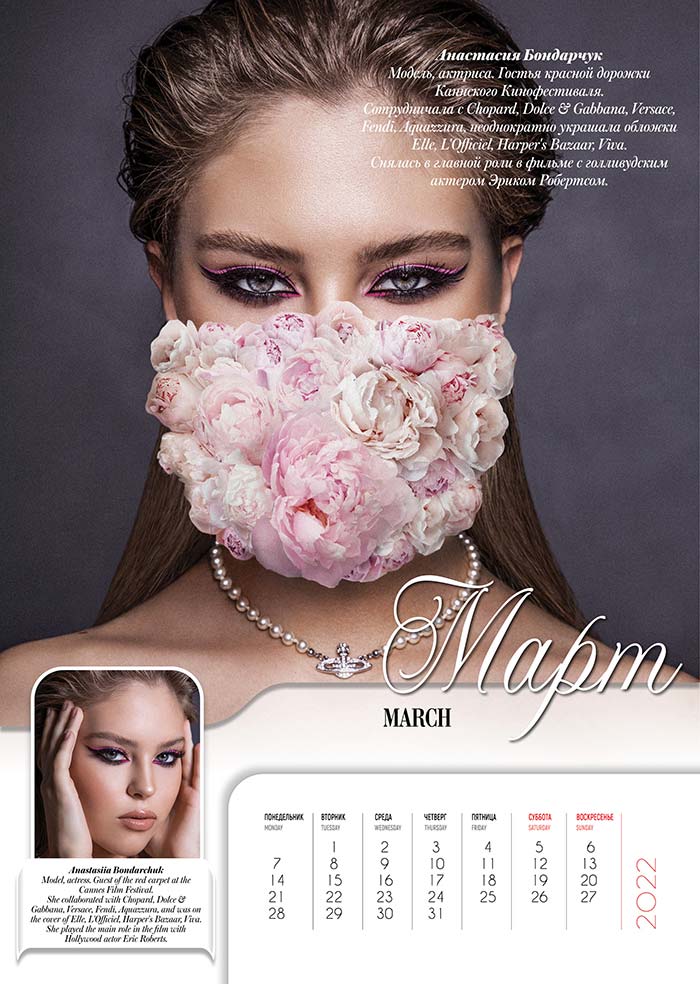 March – Anastasiia Bondarchuk: Model, actress. Guest of the red carpet at the Cannes Film Festival. She collaborated with Chopard, Dolce & Gabbana, Versace, Fendi, Aquazzura, and was on the cover of Elle, L’Officiel, Harper’s Bazaar, Viva. She played the main role in the film with Hollywood actor Eric Roberts. 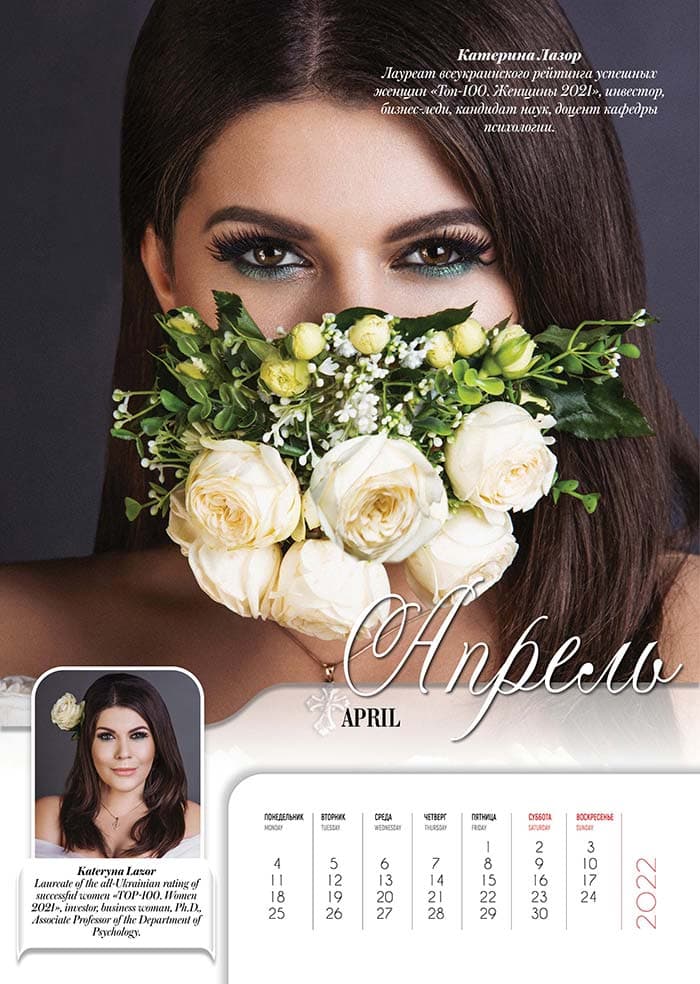 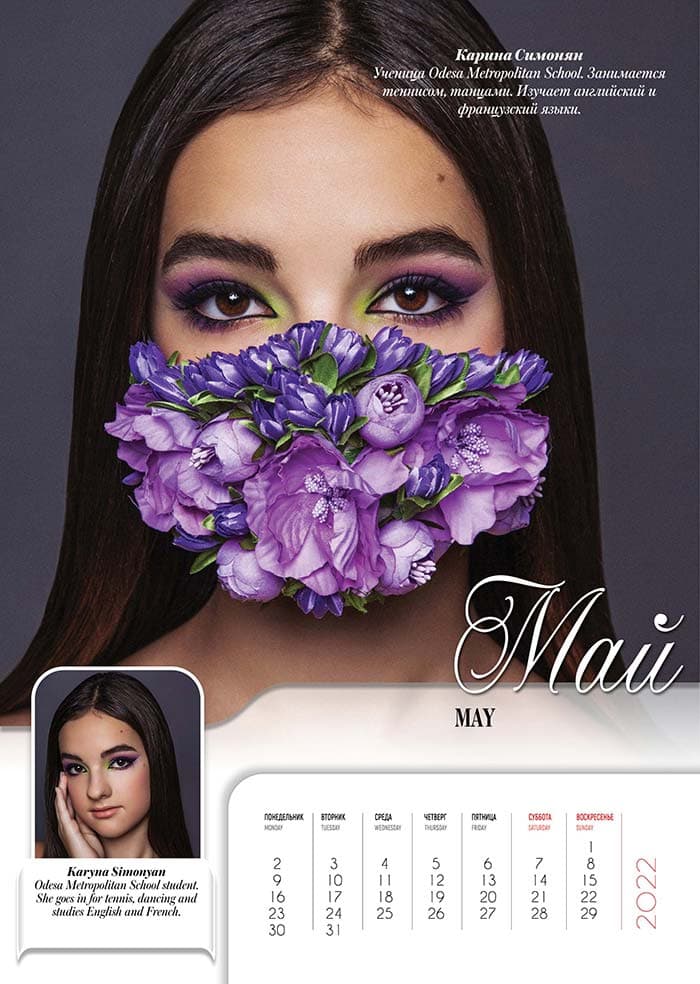 May – Karyna Simonyan: Odesa Metropolitan School student. She goes in for tennis, dancing and studies English and French. 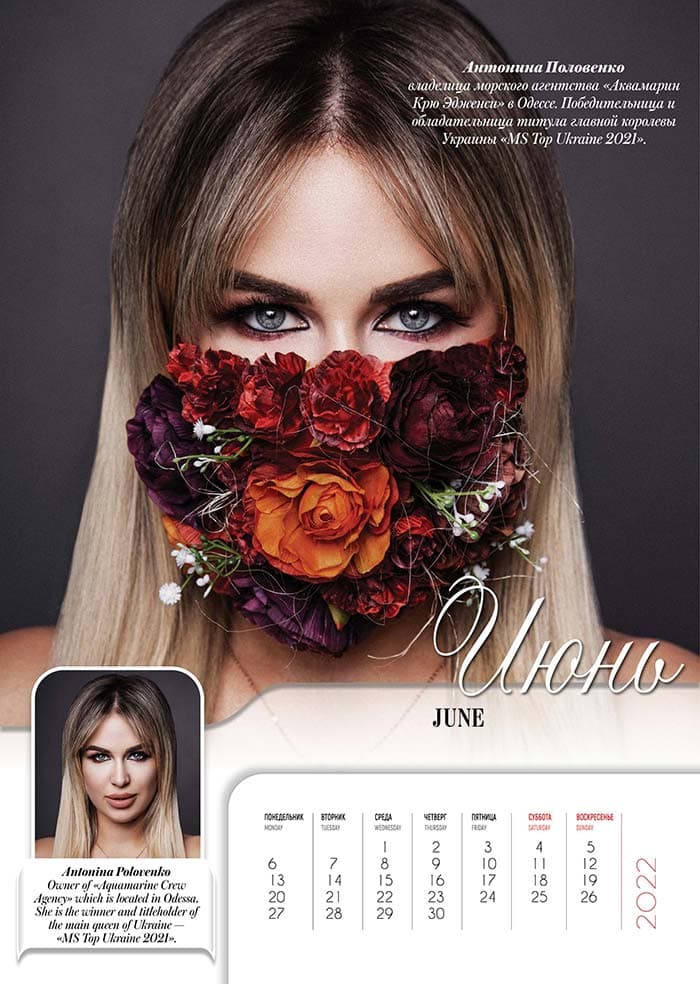 June – Antonina Polovenko: Owner of “Aquamarine Crew Agency” which is located in Odessa. She is the winner and titleholder of the main queen of Ukraine — “MS Top Ukraine 2021”. 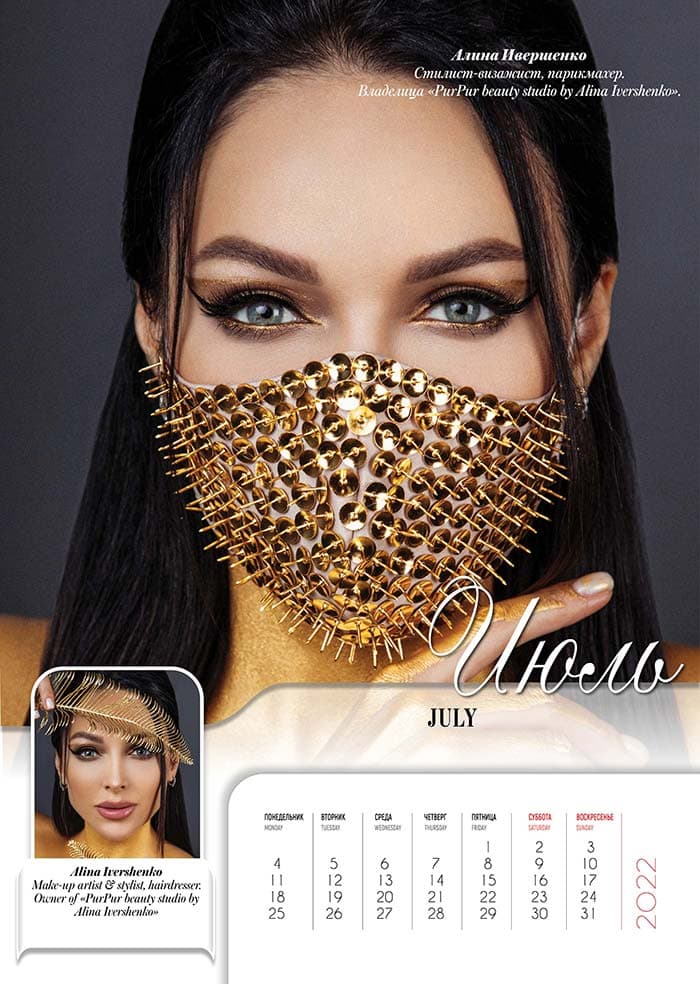 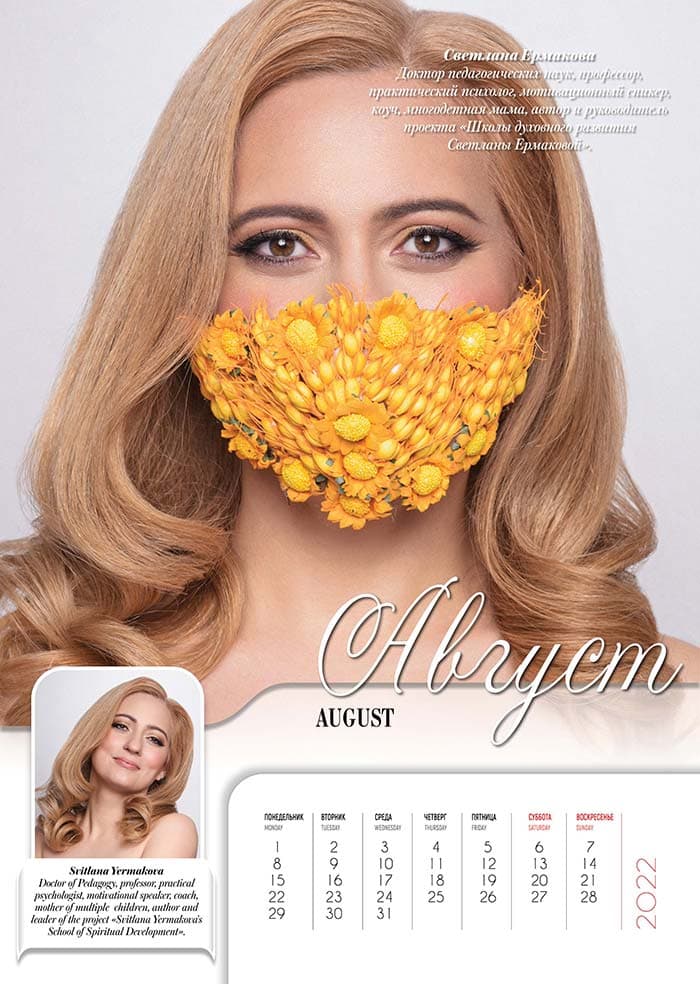 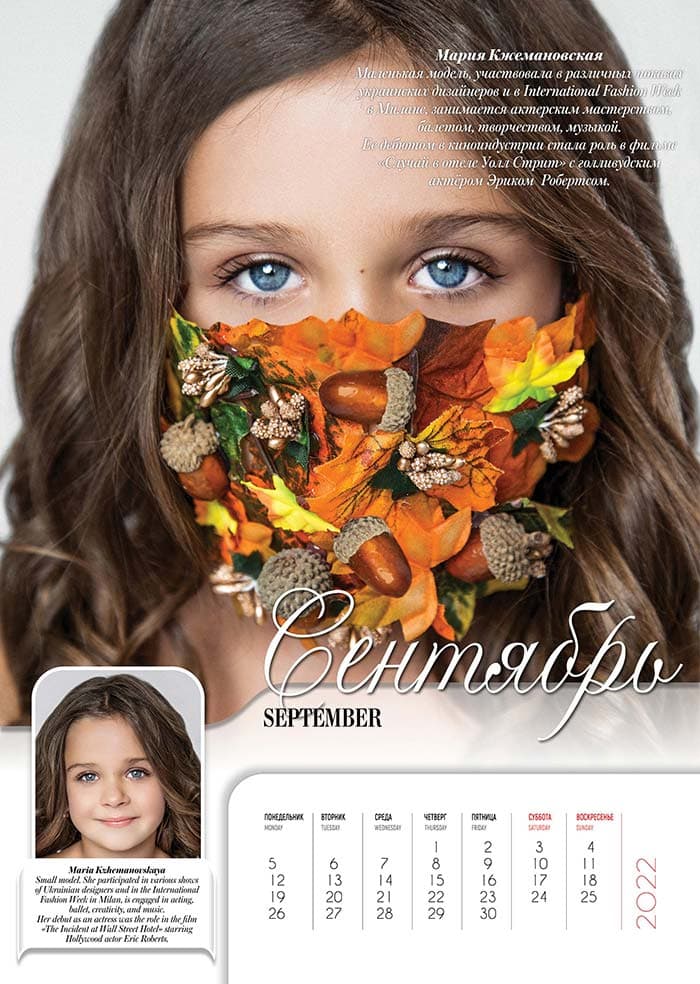 September – Maria Kzhemanovskaya: Small model. She participated in various shows of Ukrainian designers and in the International Fashion Week in Milan, is engaged in acting, ballet, creativity, and music. Her debut as an actress was the role in the film “The Incident at Wall Street Hotel” starring Hollywood actor Eric Roberts. 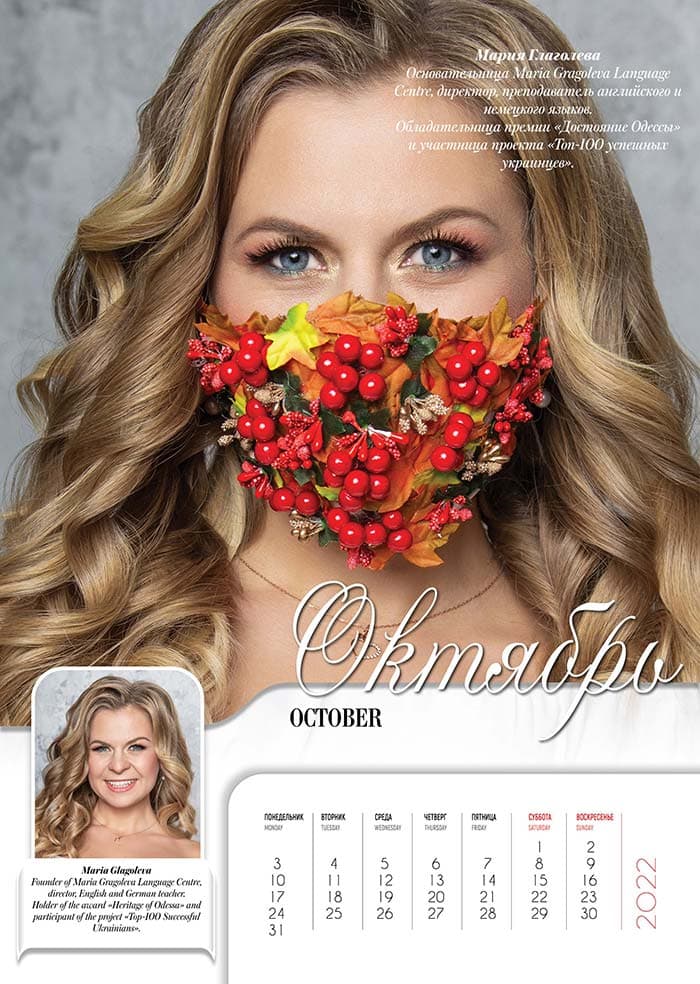 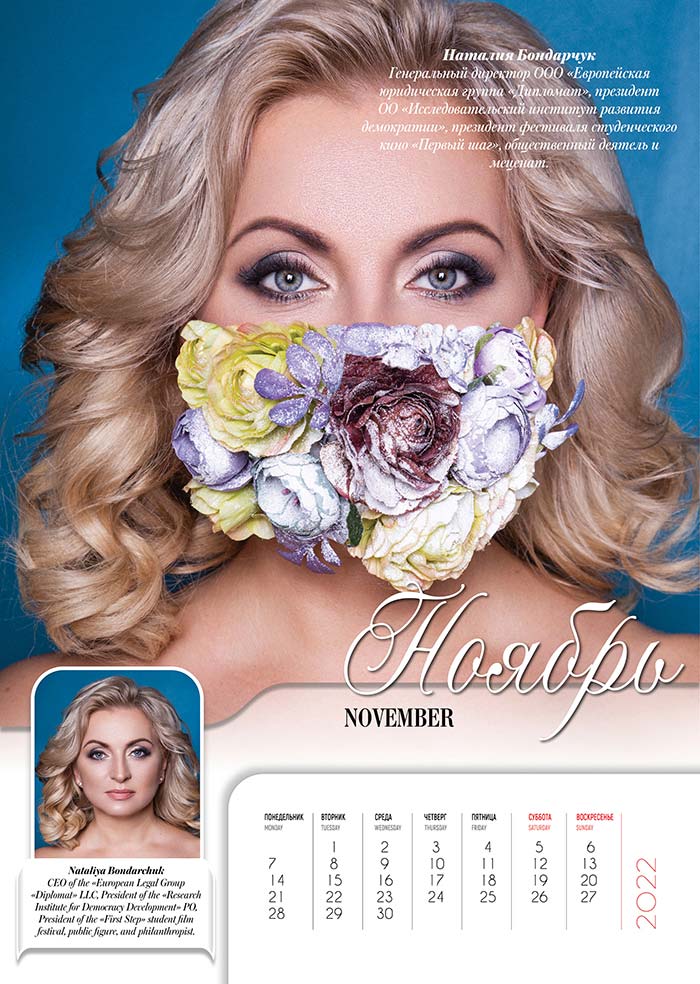 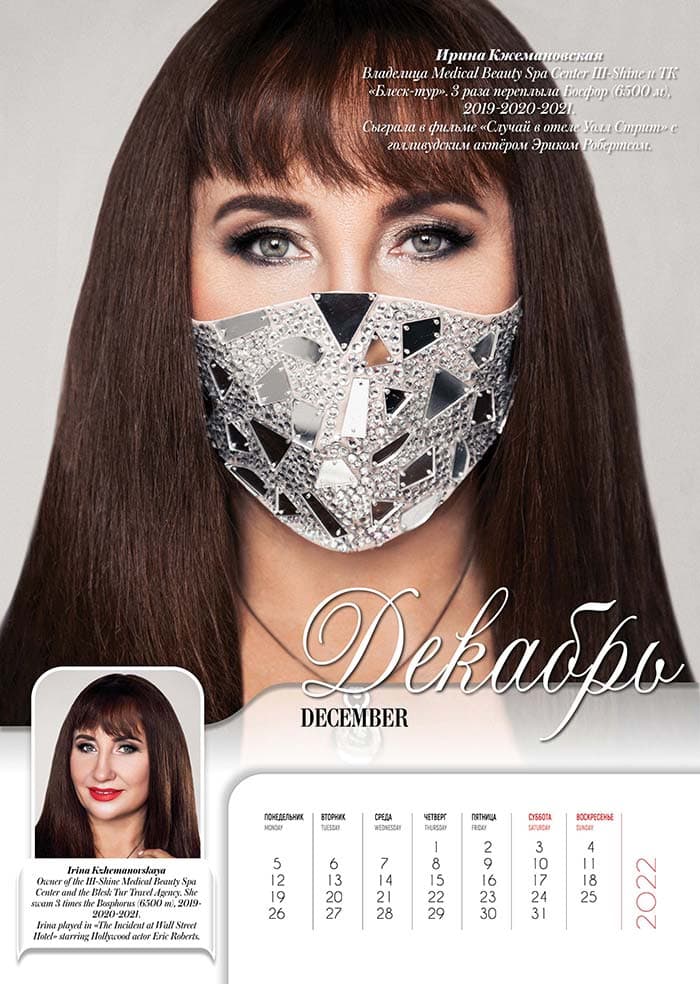 The goal of the Charity Calendar project is to raise money for charity. Every year Elvira Gavrilova and her team help children from different orphanages. As a rule, this is Odessa, since one of the central offices of Amillidius is located there. Once a year, all Charity Calendar members gather for a thematic photo shoot. The money from its implementation is transferred to orphanages or goes to gifts for kids. This year the team plans to visit several orphanages for St. Nicholas Day.

The project was made by

Founder of the project: Elvira Gavrilova

We thank our partner for the provided locations: Photostudio Viktor Lisenko