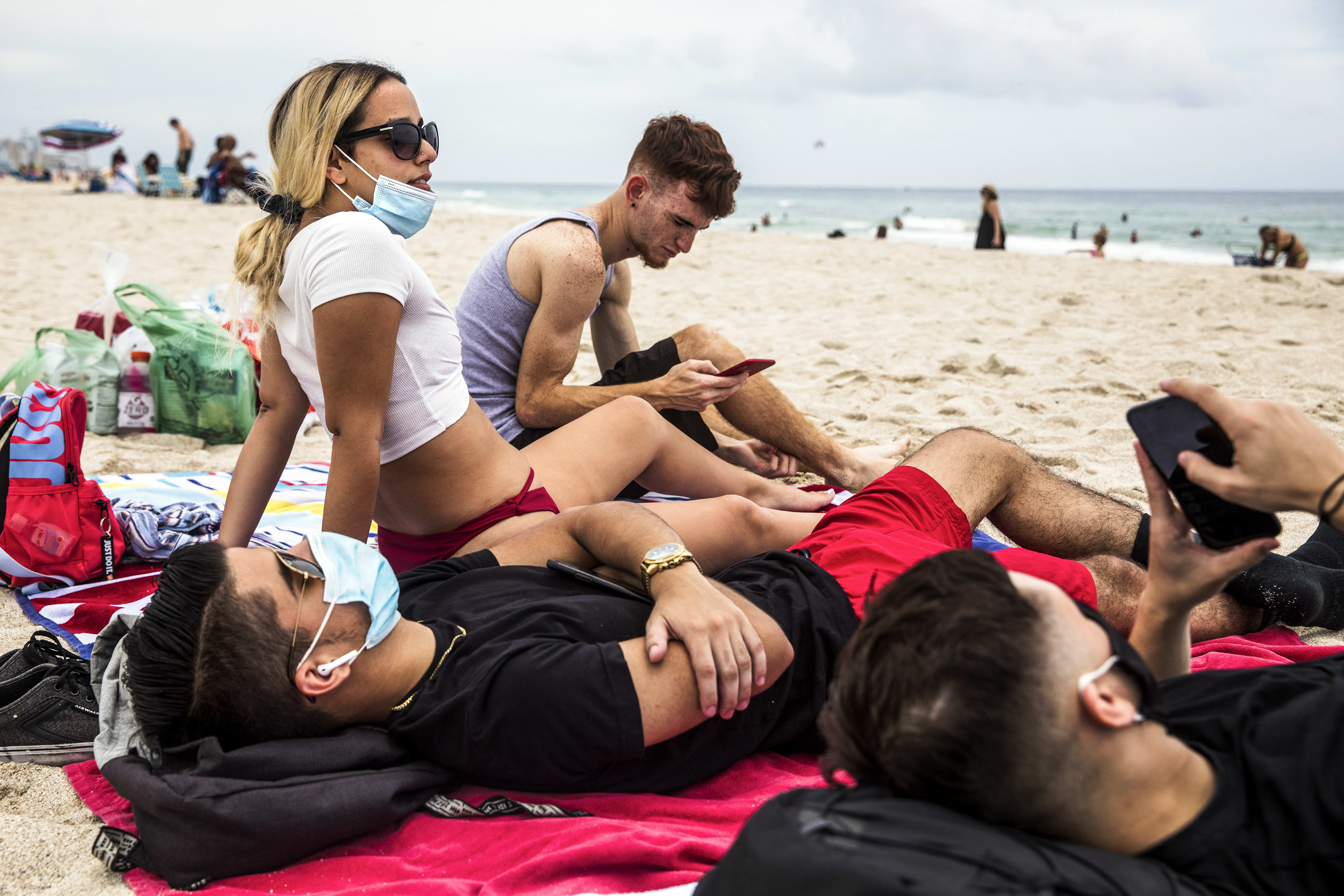 The U.S reported some 30,000 new coronavirus cases on Friday, the highest number of daily infections recorded since May 1, according to data compiled by Johns Hopkins University.New cases across the country are surging faster than ever, especially in states in the South, West and Midwest. Officials are warning that some clusters of infections are apparent among younger people who are crowding bars and parties. Arizona, Florida, California, Nevada and South Carolina reported record-high single-day increases in COVID-19 infections on Friday. And Florida reported 4,049 new cases on Saturday, which broke another single-day record in the state for a third consecutive day. The resurgence of the virus across the U.S. comes as states re-open economies after months of lockdowns and people return to normal activities, some of whom do not follow social distancing guidelines and do not wear masks to curb the spread of the virus. New daily cases in the U.S. appeared to be going down throughout May into early June, but ticked up when states re-opened.The Centers for Disease Control and Prevention forecasts that there will likely be between 129,000 and 145,000 total reported COVID-19 deaths by July 11.Since the start of the outbreak, more than 2.2 million people in the U.S. have been infected with the coronavirus and at least 119,000 have died.The CDC also expanded its list of states where coronavirus related deaths are expected to accelerate over the next four weeks compared with the past four weeks, which includes Alaska, Arizona, Arkansas, Hawaii, North Carolina, Oregon, South Carolina and Utah. In Tulsa, Oklahoma, people gathered for President Donald Trump’s rally Saturday evening, concerning health officials as the state experiences a continued increase in cases. Pictures show many attendees without face masks, which are not required at the rally. Six members of Trump’s campaign team who were working on the Tulsa rally tested positive for the coronavirus, according to a statement from the president’s campaign. There are no FDA-approved drugs to treat the coronavirus. The National Institutes of Health said on Saturday that it halted a clinical trial of malaria drug hydroxychloroquine to treat COVID-19 patients, saying it had no benefits.

How mall closings in America hurt the towns depending on them
Here are five charts that track how the U.S. economy is recovering from coronavirus
To Top
error: Content is protected !!