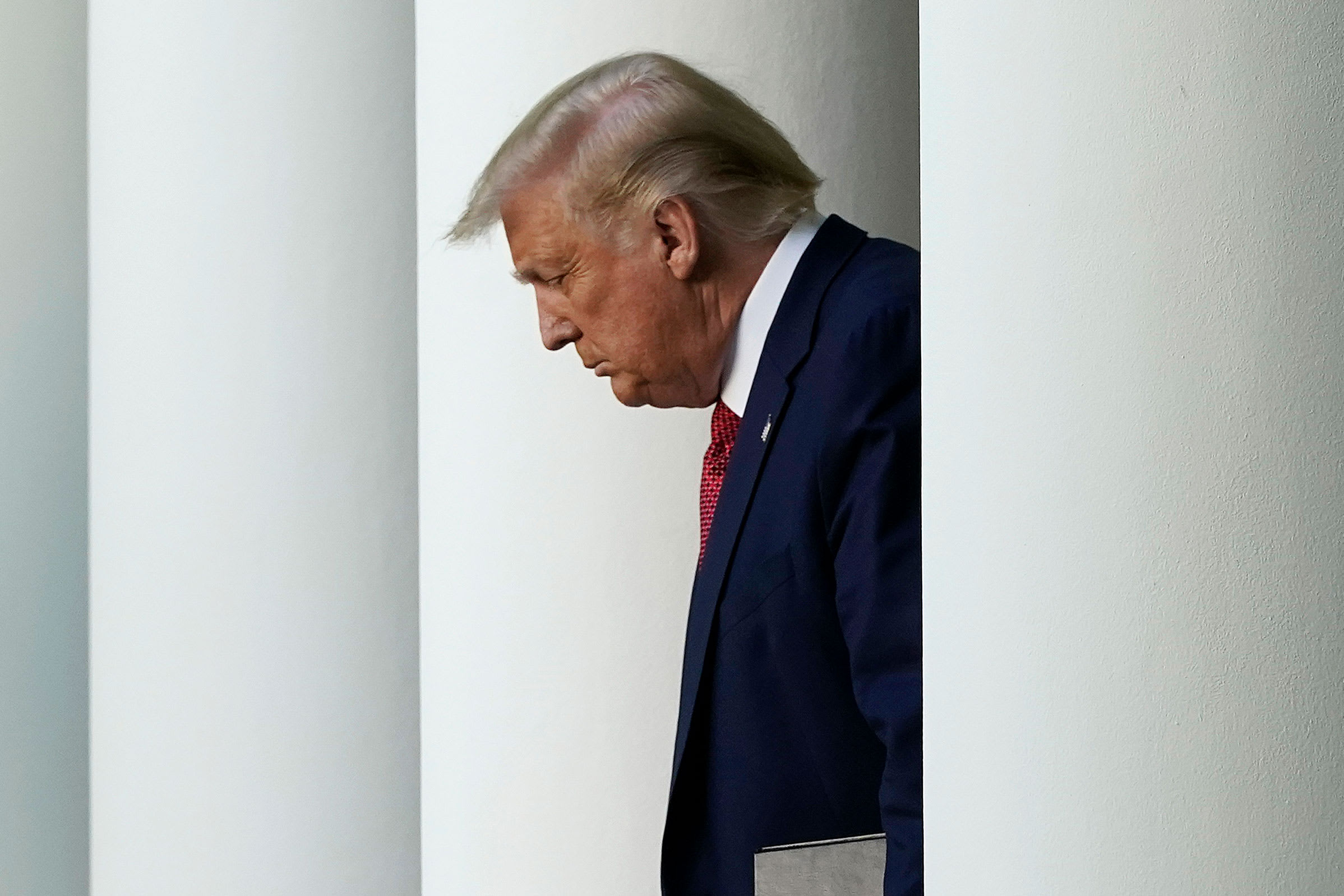 U.S. President Donald Trump arrives to attend a news conference in the Rose Garden at the White House in Washington, July 14, 2020.Drew Angerer | Getty ImagesThe nation’s governors late Thursday urged the Trump administration to delay its decision to shift control of U.S. coronavirus hospital data away from the Centers for Disease Control and Prevention, while Democratic senators Friday pushed the Trump administration to reverse the change.The pushback comes after the administration quietly directed hospitals to send data on Covid-19 patients, available medical equipment and other information directly to the Department of Health and Human Services’ data portal, instead of the CDC’s National Healthcare Safety Network. HHS officials said the CDC’s data reporting infrastructure was outdated, leading to a week-long delay in compiling the information and hampering the U.S. response to the pandemic.The CDC pulled the data Tuesday night, drawing sharp criticism Thursday and prompting the agency to restore most of the data later that day. The agency, however, hasn’t updated the information since Tuesday and said it has no plans to keep it current on the website going forward. The move raised questions about the integrity of the data and drew public outcry. Some researchers and former health officials say they worry that the CDC is being sidelined for political reasons and that HHS could withhold data from the public.”The National Governors Association, on behalf of the governors in all 55 states and territories, urges the Trump administration to delay the changes to hospital reporting requirements announced on Monday for 30 days,” the group said in a statement late Thursday. “In addition, governors urge the administration to make this information publicly available.”Maryland Gov. Larry Hogan, chair of the National Governors Association and a Republican, said in a tweet Thursday that the “sudden changes impose undue burdens on state health departments and hospital systems, which are already working at full capacity.”Maryland Governor Larry Hogan said the state is moving to a move to a Stage 2 opening starting this Friday at 5pm, during a press conference at the State House in Baltimore, Maryland on June 03, 2020.Michael Robinson | The Washington Post | Getty ImagesOn Friday, 46 Democratic senators, including former presidential candidates Sen. Elizabeth Warren and Sen. Bernie Sanders, sent a letter to Vice President Mike Pence and Coronavirus Task Force Coordinator Dr. Deborah Birx urging the administration to reverse the policy change. “We write today to urge you to withdraw your confusing and harmful changes to hospital reporting requirements for Coronavirus Disease 2019 (COVID-19),” the senators wrote. “The Trump Administration’s mismanagement of the COVID-19 response and refusal to heed public health expertise continue to put the country in a dangerous position.”The senators added that the policy change increases the burden on hospitals, compromises data for states and reduces transparency to the public.”The American people deserve to know the true scope of the pandemic, and that can only happen if public health experts lead in collecting and reporting data accurately and transparently,” the senators wrote. “By abruptly changing the reporting process by requiring hospitals to report to HHS and circumventing CDC, we are concerned there will be a disruption in the data collected and questions about the accuracy of that data.”HHS officials have repeatedly said that the agency “is committed to being transparent” and CDC Director Dr. Robert Redfield said earlier this week that the agency still has access to the data. However, the CDC said it will no longer be updating the portion of its website that displays some of the data, disrupting the flow of information for the public and third-party researchers. It remains unclear when and how much data will be made available going forward and where that data will be published. “Through HHS Protect, we will publish data from all reporting hospitals, whether they report directly through TeleTracking or through their states or state hospital associations,” an HHS spokeswoman told CNBC, adding that the agency is working with the CDC to generate new dashboards that are expected go live “in a few days.” “Because of this change, the data will not be hosted on the same web page, but will still be available at CDC.gov.”Despite the policy change, the Pennsylvania Department of Health directed hospitals to continue to report data directly to the state’s department of health in addition to HHS, spokesman Nate Wardle told CNBC.”Hospitals will need to continue to report data to the department, as they have been done for several months now, and we hope that any further reporting requirements asked of them by the federal government does not detract from their ability to provide health care services to those in need, or require further changes and modifications to the data collection that the department is doing,” he said in a statement.On Thursday, Idaho Department of Health and Welfare spokeswoman Niki Forbing-Orr said the “directive was issued abruptly” and that it presents “significant challenges” for the state when it comes to data-tracking.”We’re in the process of reviewing the details of the new process to determine exactly how it will impact our ability to view and report the information on coronavirus.idaho.gov for the public to view, but it will certainly have a short-term impact on our awareness of the number of people in hospitals, in the ICU and on ventilators,” she told CNBC.