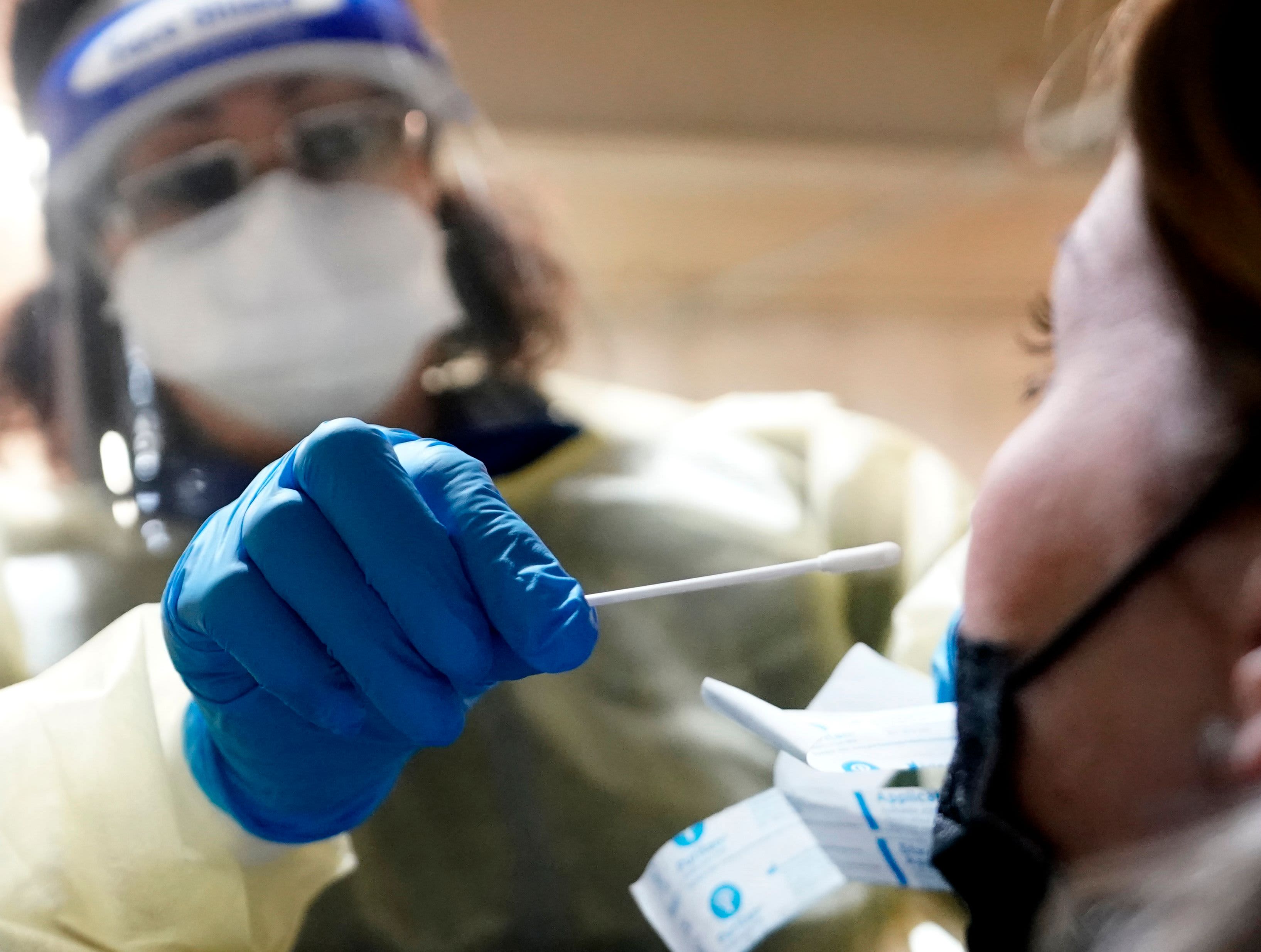 The Dean of Brown University’s School of Public Health, Dr. Ashish Jha, warned that the United States could “see another 100,000 deaths by Inauguration Day” as the coronavirus death rate climbs and public health professionals raise the alarm. “Once we get into the spring we easily could be at 450,000 or even 500,000 deaths,” Jha said in a Friday evening interview on “The News with Shepard Smith.” “That all depends on us, if we do things that are smart, we could avoid that. If we don’t, we could easily get into the 400,000 to 500,0000 deaths total, which is astronomical.” The U.S. on Thursday reported a record 187,000 new cases of coronavirus and 2,015 deaths, the most since May, as the country faces severe outbreaks heading into the holiday season, data from Johns Hopkins University shows. During the peak of the second wave in the third week of July, 863 people died on average per day. During the third week of November, however, the cases are still rising, and an average of 1,335 people are dying on average per day, JHU data shows.The Case Fatality Rate (CFR) — the percentage of all Covid-positive people in America who eventually die of the coronavirus — is worrying health professionals. Since July 1, the CFR has been 1.4%, but if the CFR remains constant at the enormous case numbers the country is seeing now, the U.S. could see 2,500 deaths per day in the near future, according to a CNBC analysis of Johns Hopkins data.”Crowding in hospitals lead to higher fatality rates,” Jha said. “The horrible death numbers that we see now are going to get meaningfully worse in the weeks, and unfortunately, even in the coming months ahead.” In Connecticut, the numbers are growing at a rapid pace. 96% of the state’s population is now under a Coved “red alert.” It’s the highest warning level possible in the state’s color-coded Covid system. The state is experiencing a six-month high of Covid hospitalizations, and has averaged 1,926 cases per day over the past week, according to the Covid Tracking Project. Connecticut Governor Ned Lamont (D) told host Shepard Smith that he “feels pretty good” about hospital capacity in his state, but that he is worried about the well-being of healthcare workers in those hospitals.”What I worry about are nurses and docs, I think that’s going to be the choke point for us,” Lamont said.  “That’s where I gotta make sure where we have plenty of backup to deal with the stress.” When it comes to New York, Lamont said he doesn’t agree with closing schools and keeping restaurants open and said that “it’s the wrong way to go.” Covid among Connecticut school children is skyrocketing. This week, cases among K-12 students jumped more than 70% from last week. Gov. Lamont has fought to keep schools open for in-person learning, and he told Smith that he is not rethinking it. “You’re much more likely to be infected outside of school- hybrid, distance, or virtual learning – than you are in the classroom,” Lamont said. “Everything I do, I’m gonna fight so those kids have that classroom experience, but I’m going to take it one week at a time.”  Lamont added that he is working on increasing testing capacity amid hours-long lines across his state. Jha underscored the importance of the next two months in slowing infections for future success. “We can make a massive difference,” Jha said. “We can make it easier to get the vaccine, we can save a lot of lives, and we can prevent a lot of hospitals from getting overwhelmed.”

Why Wisconsin is in ‘crisis mode’ amid surging coronavirus cases