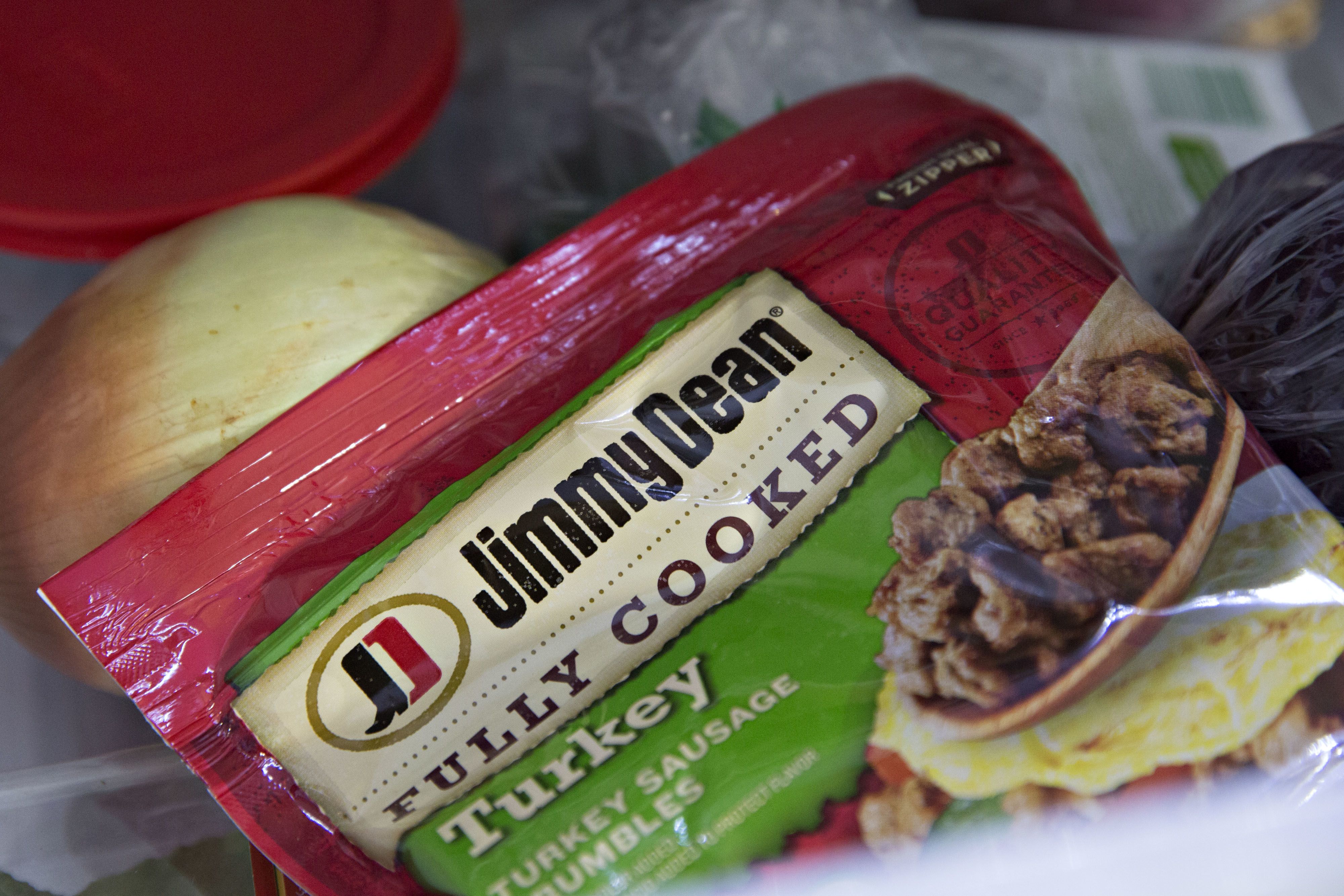 A package of Tyson Foods Inc. Jimmy Dean brand turkey sausage is arranged for a photograph in Tiskilwa, Illinois.

After exiting Beyond Meat, Tyson Foods said that it would roll out its own plant-based meat substitutes beginning this summer.

The Jimmy Dean owner sold its stake in Beyond before the company went public, citing its desire to produce vegetarian meat substitutes under its own umbrella of brands. CEO Noel White told analysts on the quarterly conference call Monday that the plant-based product will launch this summer on a limited basis, with a wider roll out in October and November.

Following the Tyson’s announcement, Beyond Meat’s stock opened down 6% before rebounding as high as 7% against steeper losses in the broader market.

Beyond made the strongest market debut so far this year on Thursday, surging 163%. The stock has a market value of $3.97 billion, dwarfed by Tyson’s own market value of $22.66 billion. Tyson shares gained more than 2% Monday.

Despite the difference in market value, Beyond and other makers of plant-based meat alternatives — like Impossible Foods — pose a threat to Tyson. Beyond Meat’s CEO Ethan Brown told CNBC that the company is trying to capture the meat industry’s customers. Its gluten- and soy-free products are meant to more closely resemble and taste like meat than previous iterations of veggie burgers.

Although the number of vegans and vegetarians in the U.S. has remained relatively stable over the last decade, more Americans are trying to cut down on their meat consumption and embracing the “flexitarian” lifestyle, usually for health or environmental reasons. The U.S. meat substitute market is worth about $1.44 billion, according to Euromonitor International data. By 2023, the market is expected to grow 74% to $2.5 billion.

But it can be difficult for the upstarts to keep up with demand. Impossible Foods apologized last week for shortages, while Beyond had similar struggles in 2017 and 2018. Beyond has said that it will use some of the proceeds from its IPO to invest in its manufacturing facilities.