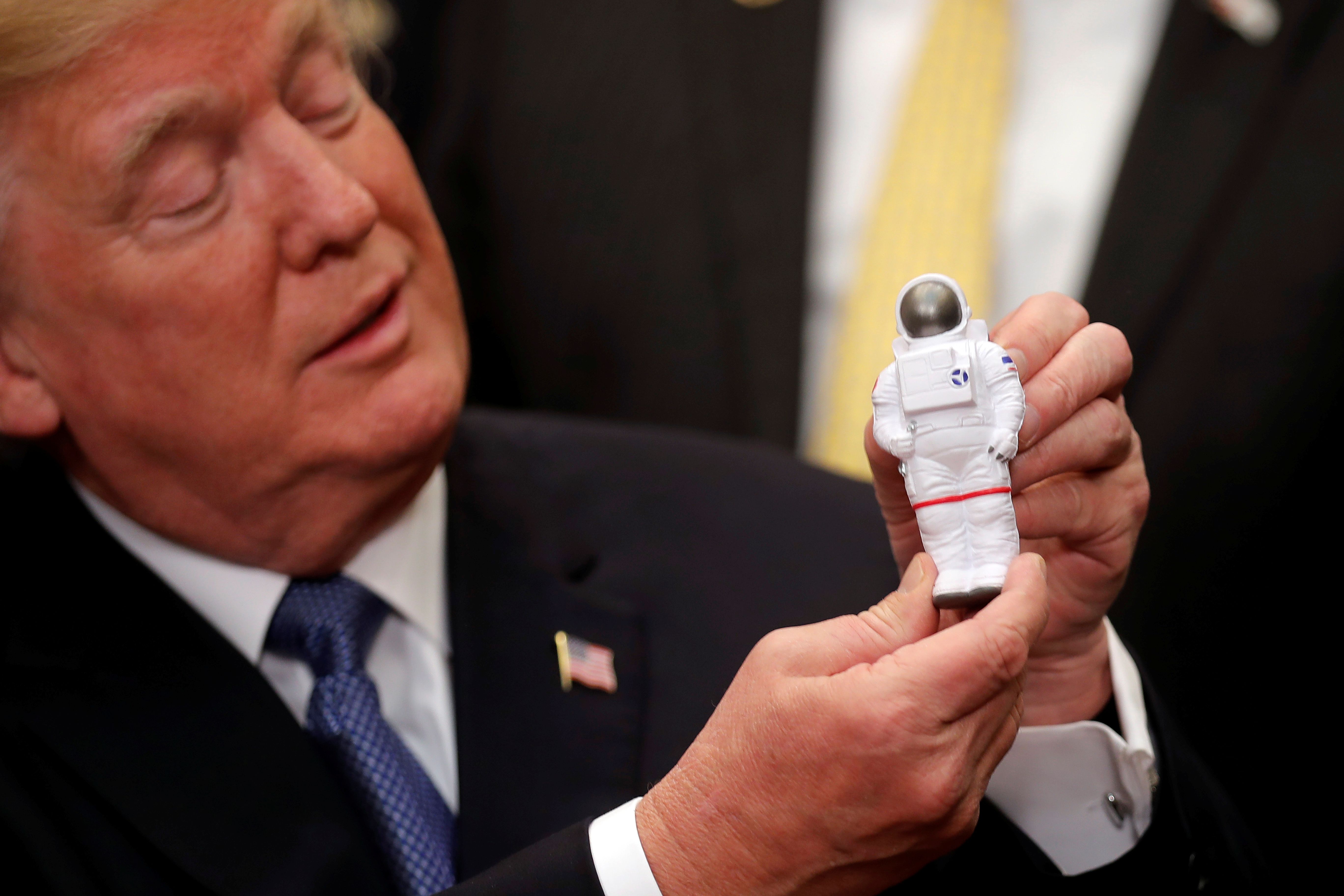 The moon seen from the International Space Station on July 9, 2018.

NEW YORK — President Donald Trump on Friday said NASA should focus on going to Mars, not the moon, weeks after he proclaimed his support for a lunar mission.

“NASA should NOT be talking about going to the Moon,” Trump tweeted. “We did that 50 years ago. They should be focused on the much bigger things we are doing, including Mars (of which the Moon is a part), Defense and Science!”

On May 13, however, he affirmed his support for NASA’s moon plans.

“Under my Administration, we are restoring NASA to greatness and we are going back to the Moon, then Mars,” Trump said a few weeks ago.

Trump had tasked the agency with landing U.S. astronauts on the moon within five years, far ahead of NASA’s previous deadline of 2028. In an initiative called Moon 2024, the agency accelerated its plans and shrunk timelines to meet the president’s deadline.

“We’ve been given an ambitious and exciting goal. History has proven when we’re given a task by the president, along with the resources and the tools, we can deliver,” NASA Administrator Jim Bridenstine said in an April statement.

Despite Bridenstine’s pledge to make the moon mission happen on time, questions remained about whether NASA would get the money to fund the plan. The current plan requires multiple missions that build upon each other’s progress, culminating in the landing of a lunar vehicle with astronauts on board. A month earlier, in March, Vice President Mike Pence said NASA’s lunar exploration program was “plagued by bureaucratic inertia, what some call a paralysis of analysis.”

“Being told the earliest we can return to the moon is 2028 … is just not good enough,” Pence said in March.

Taiwan, Japanese companies moving home due to US tariffs

WHO officials are reviewing new evidence of airborne transmission, importance of ventilation in fighting coronavirus