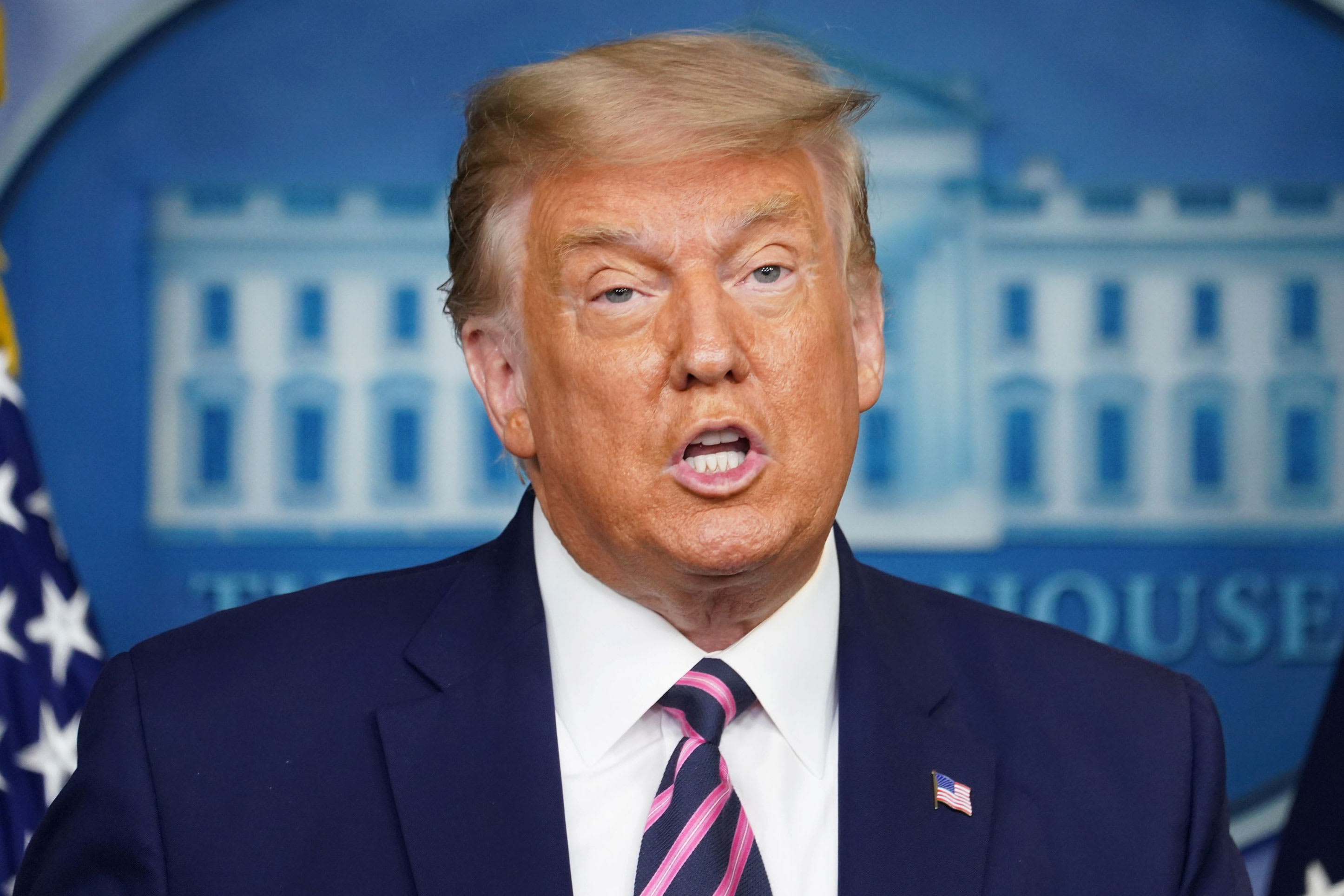 President Donald Trump said Friday the U.S. will manufacture at least 100 million coronavirus vaccine doses before the end of the year and have enough to inoculate every American by April.”Hundreds of millions of doses will be available every month, and we expect to have enough vaccines for every American by April, and again I’ll say even at that later stage, the delivery will go as fast as it comes,” Trump said at a White House press briefing.Pfizer and Moderna, front-runners in the race for a Covid-19 vaccine, did not immediately respond to requests for comment.Trump’s forecast is at odds with the head of the Centers for Disease Control and Prevention, who said earlier this week that the U.S. wouldn’t start vaccinating people until November or December at the earliest and the doses would be limited at first. CDC Director Dr. Robert Redfield said a vaccine wouldn’t be widely available until the summer or early fall of next year. “If you’re asking me when is it going to be generally available to the American public so we can begin to take advantage of vaccine to get back to our regular life, I think we’re probably looking at third … late second quarter, third quarter 2021,” he told the U.S. Senate Appropriations Subcommittee on Labor, Health and Human Services, Education, and Related Agencies on Wednesday. Trump said Friday that “massive amounts” of the vaccine “will be delivered through our great military.””We are again very advanced on the vaccine, we think that sometime in the very near future we’ll have it,” he said. “We’re … I would say, I think I can say, years ahead of schedule what it would be if it were an administration other than this one.”Trump’s comments came two days after he said the U.S. government could start distributing a coronavirus vaccine as early as October. He said Redfield was mistaken when he said the vaccine wouldn’t be widely available to the general public until next summer or early fall.”I think he made a mistake when he said that. It’s just incorrect information, and I called him, and he didn’t tell me that, and I think he got the message maybe confused, maybe it was stated incorrectly,” Trump said Wednesday. “We’re ready to go immediately as the vaccine is announced, and it could be announced in October, it could be announced a little bit after October but once we go we’re ready.”There are currently three drugmakers backed by the U.S. in late-stage testing for potential vaccines. Earlier this week, the CDC outlined a sweeping plan to make a vaccine free to all Americans if and when one is approved for public use.Public health experts have previously said that most Americans likely won’t get immunized with a coronavirus vaccine until the middle of next year. Earlier this month, the National Academies of Sciences, Engineering, and Medicine released a draft proposal for distributing a vaccine in the U.S. if one is approved. The vaccine would be distributed in four phases, with health-care workers, the elderly and people with underlying health conditions getting vaccinated first. Essential workers, teachers and people in homeless shelters as well as people in prisons would be next on the list, followed by children and young adults.Whichever vaccine is authorized by the Food and Drug Administration, it will likely be in short supply once it’s cleared for public distribution, medical experts warn. The vaccine will likely require two doses at varying intervals, and states still face logistical challenges, such as setting up distribution sites and acquiring enough needles, syringes and bottles needed for immunizations.Trump’s comments are likely to add to concerns from infectious disease experts and scientists that the White House is pressuring U.S. regulators to approve a vaccine before it’s been adequately tested.Last week, Stephen Hahn, the head of the FDA, attempted to alleviate concerns about political pressure in the vaccine approval process.He said he has “no intention” of overruling career scientists at the agency on an approval of a coronavirus vaccine even though he has the authority.”I will be briefed as commissioner all along about this. I will have the opportunity to see the data,” Hahn said during a virtual Q&A with the Economic Club on Sept. 10. “I can tell you throughout this pandemic, throughout my tenure as commissioner, I have not reversed a decision by the career scientists on medical products. And I have no intention of doing that now.”The U.S. is manufacturing Covid-19 vaccines “at risk,” meaning the doses are currently being prepared and can be sent out immediately once they’re approved by the FDA.”All of that cuts months off,” Dr. Anthony Fauci, director of the National Institute of Allergy and Infectious Diseases, told STAT News in June, saying that the U.S. could have a “a significant number of doses” by December and the beginning of 2021.Whether the vaccines will be effective against the coronavirus in clinical trials hasn’t yet been proven, he said. “I think we could do it within the time frame that I’ve outlined. But there’s no guarantee that it’s going to be effective,” Fauci said.