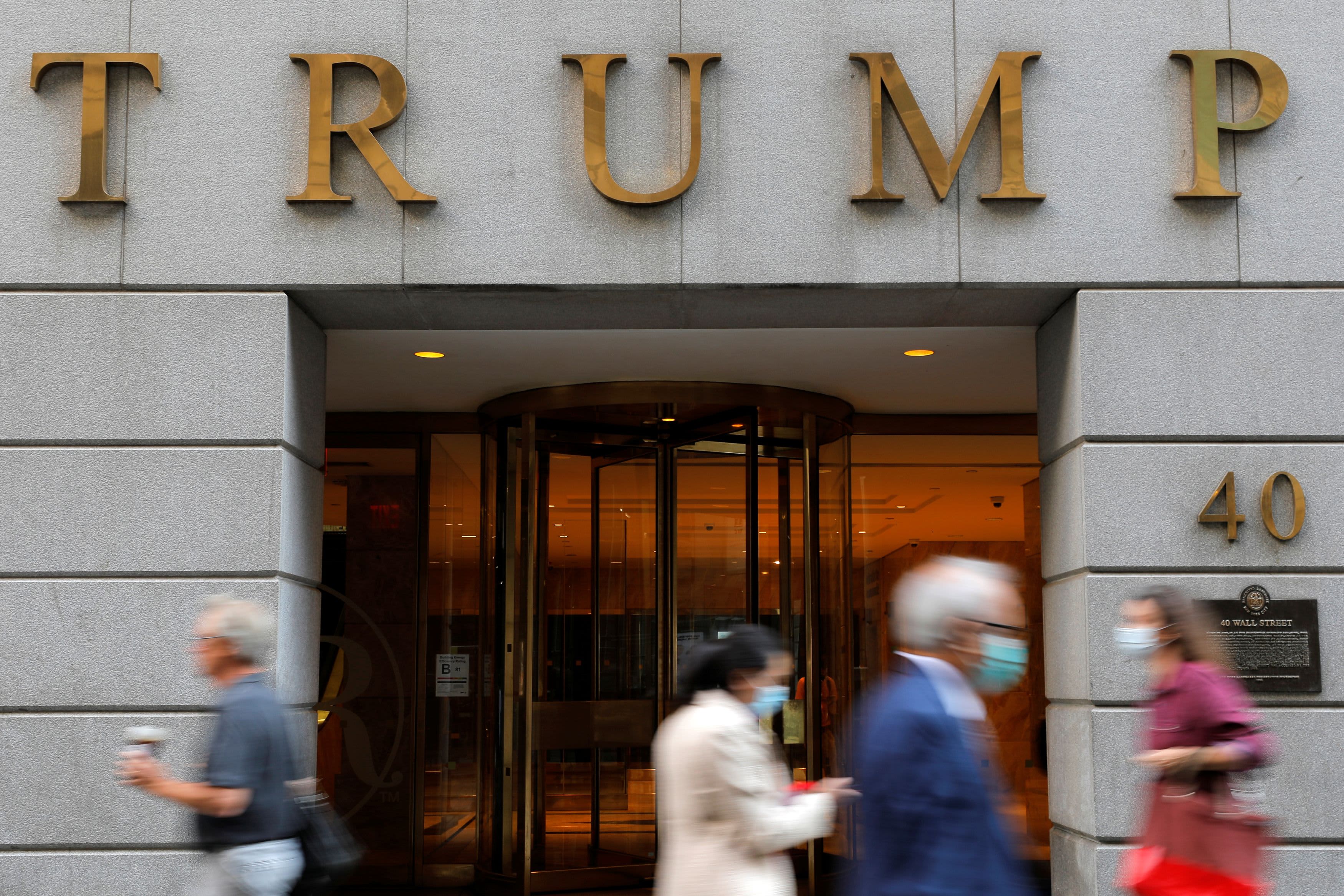 Signage is seen outside of The Trump Building in New York City, New York, U.S., June 28, 2021.Andrew Kelly | ReutersThe Trump Organization has been told to expect that criminal charges will be filed by Manhattan prosecutors against the company belonging to former President Donald Trump as early as Thursday afternoon, NBC News reported Wednesday.It is not yet clear whether any other people, particularly Trump Organization Chief Financial Officer Allen Weisselberg, also will be charged Thursday. Trump himself is not expected to be charged Thursday.NBC reported that two representatives from the Trump Organization said they were told the charges were imminent.The Manhattan District Attorney’s Office has been investigating the Trump Organization for several years in connection with multiple issues.Recently, the DA’s office has focused the probe on fringe benefits awarded by the company to Weisselberg and one of his sons, who works for the Trump Org, and on whether taxes were properly paid for those benefits, which have included apartments.Any charges filed Thursday or later in the week are not expected to be the end of the case. Vance’s office is continuing to investigate allegations that the Trump Org misstated the value of various real estate properties for financial benefit.Trump has denied any wrongdoing.A spokesman for DA Cyrus Vance Jr. has repeatedly declined to comment on the probe or any timing of possible charges.Ronald Fischetti, a lawyer for the Trump Organization, and spokesmen for the company did not immediately respond to requests from CNBC seeking comment.Fischetti told CNBC last week, “In my more than 50 years of practice, never before have I seen the District Attorney’s Office target a company over employee compensation or fringe benefits.””The IRS would not, and has not, brought a case like this,” the lawyer said. “Even the financial institutions responsible for causing the 2008 financial crises, the worst financial crisis since the great depression, were not prosecuted.”But Fischetti last week also confirmed the likelihood of criminal charges against the company. “It looks like they are going to come down with charges against the company and that is completely outrageous”, Fischetti told NBC News at the time. “They could not get Allen Weisselberg to cooperate and tell them what they wanted to hear and that’s why they are going forward with these charges and they could not get him to cooperate because he would not say that Donald Trump had knowledge or any information that he may have been not deducting properly the use of cars or an apartment.”

Serena Williams out after suffering ankle injury during first-round match
Rise in online payments spurs questions over cybersecurity and privacy
To Top
error: Content is protected !!