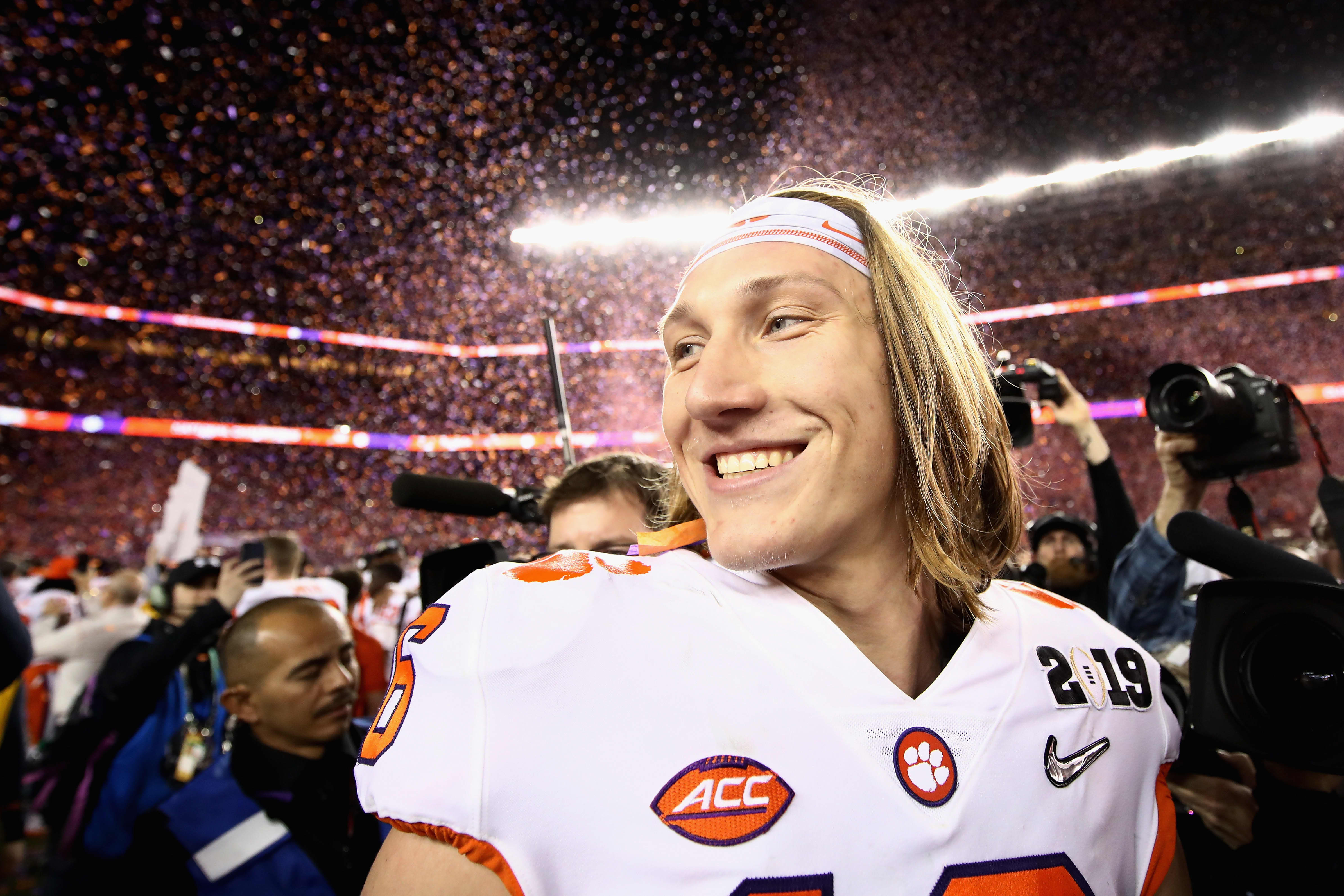 Trevor Lawrence is the favorite to be picked No. 1 overall in the NFL draft, and will receive a contract worth nearly $37 million.Ezra Shaw | Getty Images Sport | Getty ImagesAdd Fanatics to the sports companies aligned with quarterback Trevor Lawrence.The e-commerce giant announced a multiyear deal on Friday for rights to Lawrence’s collectibles, one day after the 21-year-old Clemson star was selected as the No. 1 pick in the National Football League draft. Fanatics will offer signed Lawrence items from his time at Clemson and now with the NFL’s Jacksonville Jaguars. Financial terms of the agreement were not provided.Fanatics’ memorabilia roster including fellow NFL quarterback Tom Brady, National Basketball Association forward Zion Williamson and WNBA star Sabrina Ionescu.”I’m really excited to be joining the Fanatics team, especially since they are based here in Jacksonville,” Lawrence said in a statement, adding he wants “to give fans even more access to the game through memorabilia and exclusive signed items.”Added Fanatics executive vice president Victor Shaffer: “We’re looking forward to creating an unmatched shopping experience and opportunities for fans in Jacksonville, Clemson and beyond to celebrate both his time in college and the start of his NFL career.”The Fanatics deal is officially Lawrence’s first as an NFL player, but he’s already aligned with companies including sports drink maker Gatorade, Adidas, and a cryptocurrency company, Blockfolio. After Lawrence was drafted, the company presented him with $25,000, deposited in a crypto account.Quarterback Trevor Lawrence sets up for a throw during Jordan Palmer’s QB Summit NFL Draft Prep in a park on January 25, 2021 in Orange County, CA.Aubrey Lao | Getty ImagesThe Jaguars are turning to Lawrence to help revive a franchise that has made the playoffs only twice since 2007. The club fired coach Doug Marrone, who last led the team to the postseason in 2017, replacing him with longtime college coach Urban Meyer.Lawrence was the first of five quarterbacks drafted in the first round. The New York Jets followed by taking BYU’s Zack Wilson, and the San Francisco 49ers drafted North Dakota State’s Trey Lance with the third overall pick.Chicago selected Ohio State’s Justin Fields 11th overall, and the New England Patriots took Alabama’s Mac Jones 15th. It marks the sixth straight year at least three quarterbacks were drafted in the first round.The NFL Draft continues through the weekend, with rounds two and three Friday, and four through seven on Saturday.

U.S. to restrict travel from India effective May 4 amid massive Covid surge
Biden’s tax plan targets big companies, so why is small business worried?
To Top
error: Content is protected !!