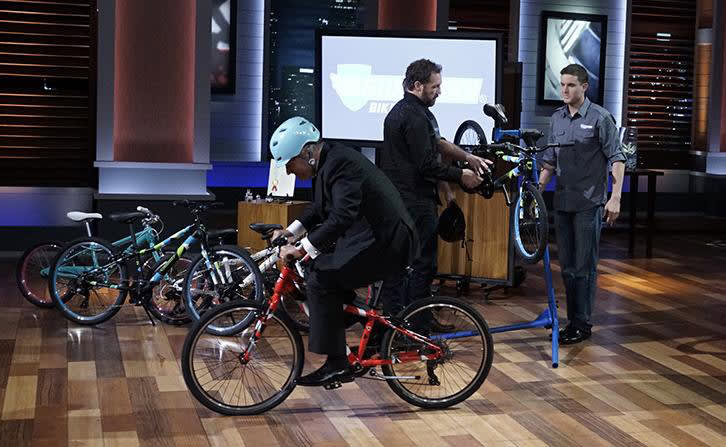 Small businesses are feeling the effects of the U.S.-China trade war, and some may close because of it, the founder of a bike start-up told CNBC on Friday.

Brian Riley, co-founder of Guardian Bikes, said on “Closing Bell” that his company will likely be able to overcome its impacts because it has stronger pricing power but not every small business will be as fortunate.

“As somebody that knows what it’s like to run a small business, there are plenty of small businesses that won’t have as much pricing power and be left out of business living through the whipsaw of these tariffs,” said Riley, whose company received an investment on “Shark Tank.”

The company had been paying a steady 11% tariff on its bikes until September 2018, Riley wrote last month in a Medium post. It increased 10% that month before a 25% uptick in May 2019.

Starting Oct. 1, when President Donald Trump plans to increase the current 25% tariffs by 5%, Guardian will be paying 41% tariffs, Riley wrote at the time.

Guardian has raised its prices by 10% as a result of the tariffs, while it has absorbed the remainder of the increased costs, Riley said.

The result has been less hiring and less investment in innovation, Riley said.

“We’ve really had to be a lot more conservative with our hiring plans and with the amount of money we’re putting into things like innovation and marketing and growth … to make sure we have enough cash on the balance sheet to absorb any of these increases that may or may not happen,” Riley said.

Based in Irvine, California, Guardian sells bikes for children with a distinct braking system called SureStop, which it says increases safety.

The U.S. and China have agreed to meet in Washington in early October for the next round of negotiations in the long-running trade war, which intensified on Sunday when the latest rounds of tariffs when into effect.

The U.S. placed 15% levies on apparel, footwear, consumer electronics and toys. Additional tariffs on products such as smartphones and laptops are set to go into place Dec. 15. Those two rounds of tariffs would collectively affect about $300 billion worth of Chinese imports.

As he has ratcheted up tariffs, Trump has urged American companies with operations in China to leave the country. Some companies have done that, relocating to Vietnam or Thailand, for example.

Other businesses have said it is hard to pack up and move due to supply chain concentration. The bike industry illustrates that challenge, Riley said.

Riley said 94% of bikes sold in the U.S. are made in China. Guardian relies on 40 different companies to supply the 65 parts it needs for its bikes, he said.

“Moving to another country just isn’t really an option for us and most people in the bike industry right now simply because it takes a coordinated move of that whole supply chain to move to a different production base, which is going to take years and millions of dollars of investment,” Riley said.

Ewan McGregor to return as Obi-Wan Kenobi in Disney+ series