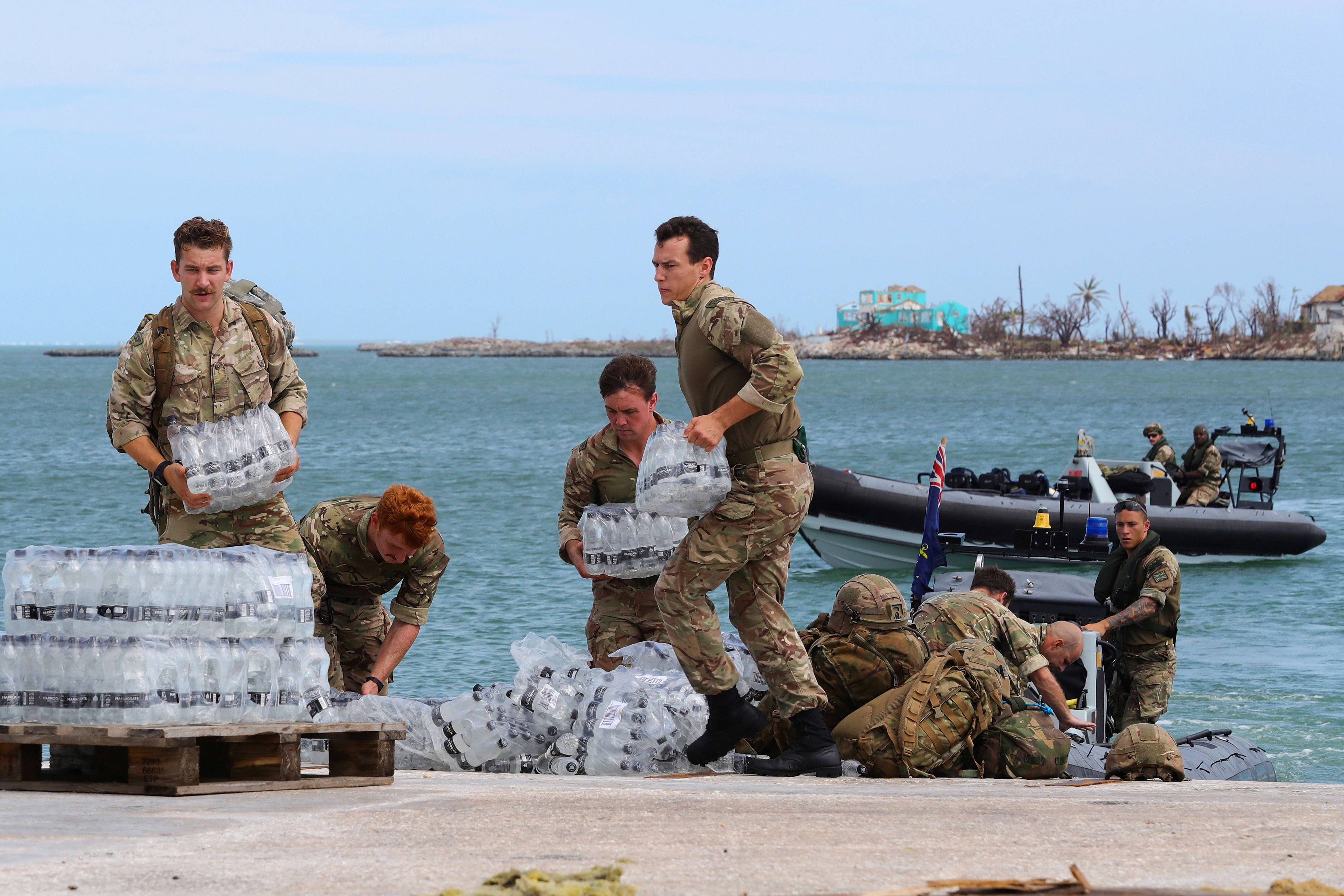 Members of the Humanitarian and Disaster Relief (HADR) team from the Royal Fleet Auxiliary’s RFA Mounts Bay deliver supplies after Hurricane Dorian on the island of Great Abaco, Bahamas September 4, 2019.

Five days after the storm struck the northern end of the Bahamas, the death toll is at 43 people and is expected to rise significantly. Hundreds more are missing on Grand Bahama and the Abaco Islands as charities, government organizations and even cruise lines rush aid to the area.

“Forty-three is the official count, many missing and this number is expected to grow significantly,” said Erica Wells Cox, a spokeswoman for Prime Minister Hubert Minnis.

Dorian, one of the most powerful hurricanes on record to hit the Bahamas, sat over the island for nearly two days earlier this week, wreaking havoc and raising questions over the role of climate change in producing more intense hurricanes that stall over targeted areas.

Dorian did at least $7 billion in damage, according to some estimates.

As of Saturday morning, Coast Guard crews had rescued 290 people in the Bahamas since response efforts began. Residents continue to rush to Marsh Harbour’s wharf at the port in hopes of getting on ferry boats to evacuate the area.

The Bahamas Paradise Cruise Line said it’s providing food, water and medical supplies to victims, and said it transported more than 1,550 hurricane evacuees aboard a cruise ship that arrived in West Palm Beach on Saturday. All the evacuees who arrived are properly documented to enter the US, according to Customs and Border Protection.

Additionally, thousands of pieces of waterproof plastic will be sent to replace roofs on damaged homes, according to the International Organization for Migration.

The situation is a “humanitarian crisis,” the Bahamian financial services ministry said on Friday. The nation has a population of about 400,000 people.

Thousand of people were listed on the website Dorian People Search Bahamas as of Saturday morning by loved ones trying to find information about displaced residents.

The Trump administration ordered airlift and logistical support from the Defense Department on Friday to support relief efforts. Trump on Saturday claimed that Prime Minister Minnis said that aid from the U.S. will help mitigate casualties.

“Thank you to Bahamian Prime Minister Hubert Minnis for your very gracious and kind words in saying that without the help of the United States and me, their would have been many more casualties,” Trump said.

“Give all credit to FEMA, the U.S. Coast Guard, & the brave people of the Bahamas.”