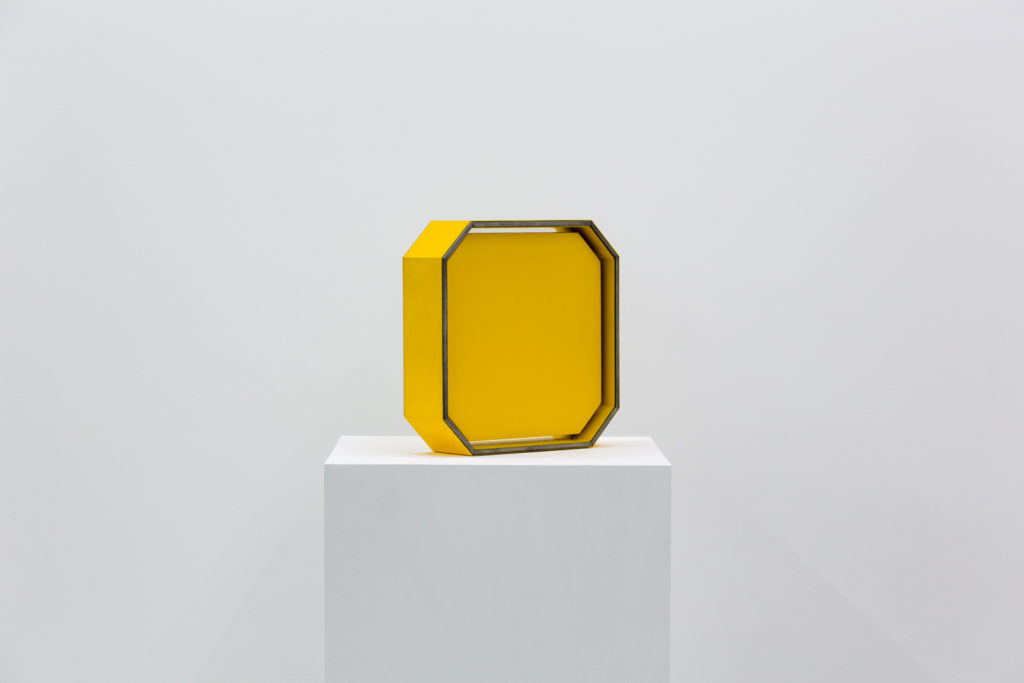 The artist Tony DeLap, who spent more than 50 years cutting an idiosyncratic, ever-shifting path through the field of abstract art, died on Wednesday at the age of 91. His death was confirmed by the galleries Parrasch Heijnen and Franklin Parrasch, which represented him in Los Angeles and New York, respectively.

DeLap’s paintings and sculptures—though it’s often impossible to classify his works solely as one or the other—can look austere at first glance, but surprises always linger, like edges with unusual curves or bodies cut with stepped recesses. His art bobs and weaves and slinks away from any visual understanding, shifting as one walks around it; it’s by turns mysterious, mischievous, and charming. 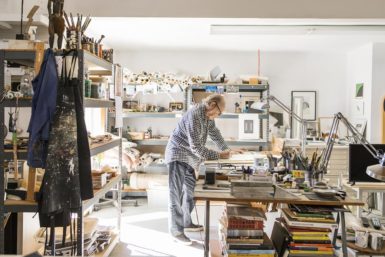 Tony DeLap in his studio in Newport Beach in 2017.

His practice also eluded strict art-historical categorization. As critic Barbara Rose has argued, DeLap “has been associated with not one but with so many of the dominant trends of the late-twentieth-century abstraction: minimalism, optical art, primary structures, hard edge painting, California light and space, and site-specific sculpture.”

Such multifariousness can be an impediment to finding a firm place in the canon, and so, while DeLap was widely collected and shown during his career, appearing in key shows like “The Responsive Eye” at the Museum of Modern Art in 1965 and “Primary Structures” at the Jewish Museum in 1966, both in New York, he remains less well known than contemporaries like Donald Judd, Robert Irwin, and Marcia Hafif.

While actively maintaining his studio practice, DeLap was a longtime teacher, serving, in 1965, as a founding member of the University of California, Irvine’s art department, where he worked through 1991. Major surveys of his work have been staged in California at the Orange County Museum of Art (in 2000), the Oceanside Museum of Art (2013), and the Laguna Art Museum (2018). 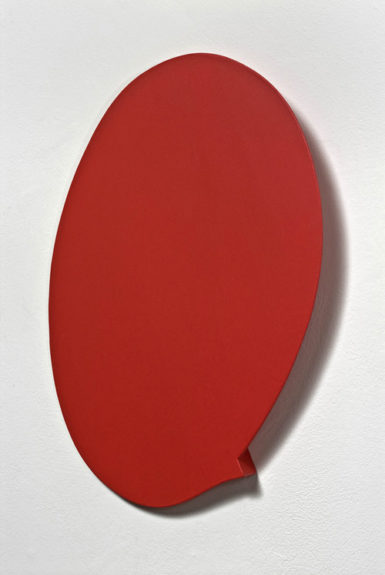 Born in 1927 in Oakland, California, DeLap attended the Academy of Art in San Francisco and the Claremont Graduate School in California. His work is held in the collections of MoMA, Tate Modern in London, the Guggenheim Museum and Whitney Museum in New York, and dozens of others. He is survived by his wife, Kathy, and their two children, Kelly DeLap Evans and Jack DeLap, as well as three grandchildren.

Undergirding his restless experimentation was a lifelong interest in architecture and design, as well as illusionism and magic. He even staged the occasional magic display, making women performers levitate on more than one occasion as part of his art affairs.

DeLap said that he was sometimes hesitant to indulge talk about magic in his work, particularly early in his career. “It’s not that I didn’t like it,” he once said, “but I thought that very often the layman would rather hear those stories than talk about art.” That changed with time, though.

“When a master magician performs ‘sleights’ with a deck of cards, he is creating a beautiful work of art,” DeLap said in a recent interview. “The paintings of mine that I am particularly fond of are those that have a sense of magic to them.”