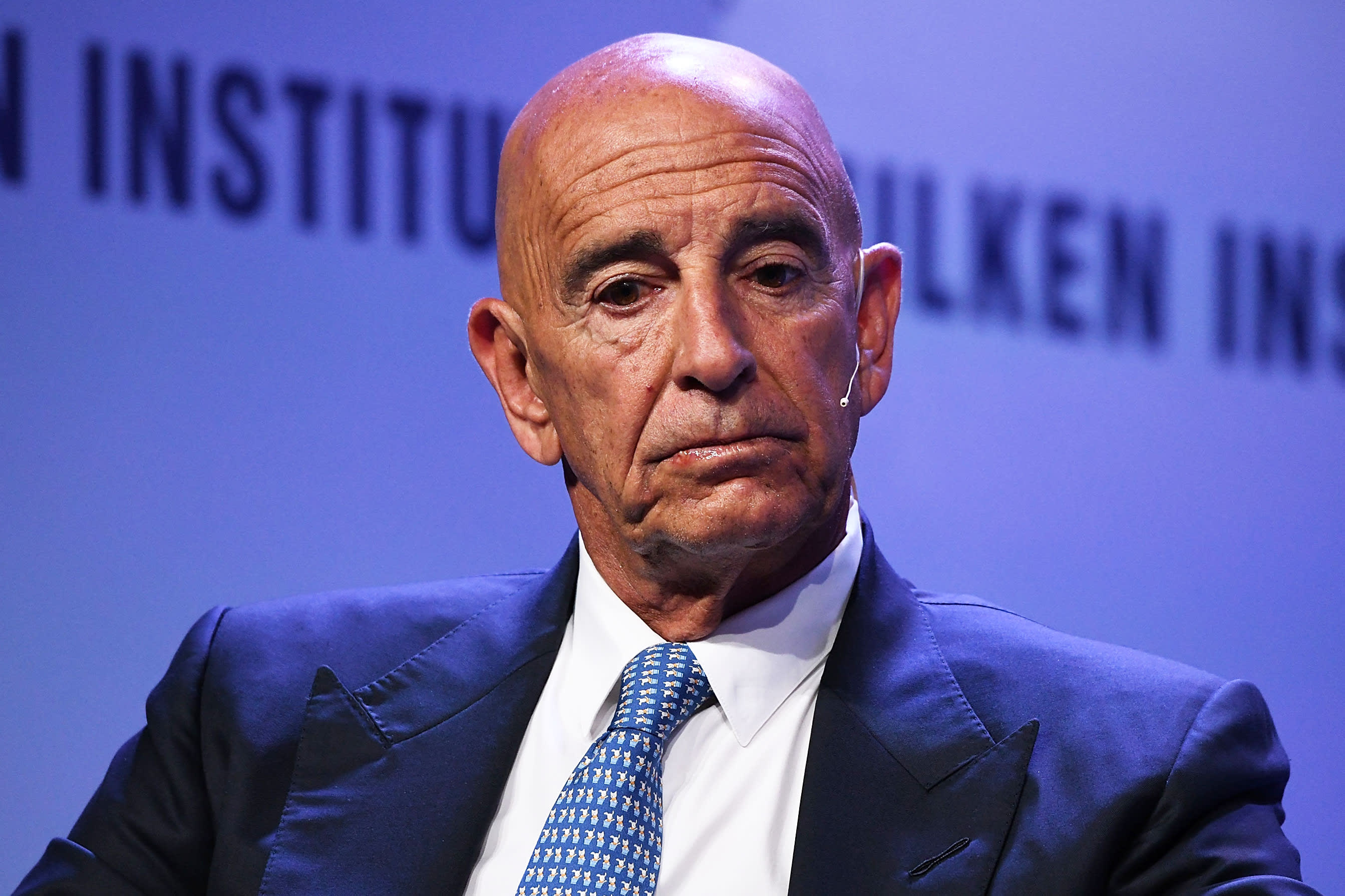 Thomas Barrack, Executive Chairman and CEO, Colony Capital, participates in a panel discussion during the annual Milken Institute Global Conference at The Beverly Hilton Hotel on April 28, 2019 in Beverly Hills, California.Michael Kovac | Getty ImagesA bail hearing for Thomas Barrack, the private equity investor charged with illegally lobbying his close friend, former President Donald Trump, on behalf of the United Arab Emirates, was rescheduled to Friday in Los Angeles federal court.Also Friday, Falcon Acquisition, a special purpose acquisition company backed by Barrack, told the Securities and Exchange Commission it is withdrawing its registration statement with the agency “because the company has elected to abandon” planned transactions.The transactions had included an initial public offering of 25 million shares to raise $250 million for Falcon Acquisition, which was formed by Barrack’s family office Falcon Peak, and TI Capital.Falcon Acquisition, which had planned to list its shares on the New York Stock Exchange, had said it was targeting tech-driven businesses as candidates for mergers.A lawyer for Falcon Peak did not immediately respond to a CNBC request for comment. Barrack, 74, has been jailed since his arrest Tuesday in Los Angeles. He originally was due to have his bail hearing Monday, along with Thomas Grimes, a 27-year-old business associate of Barrack’s, who is charged in the case.But the U.S. Attorney’s Office in Brooklyn, New York, which is prosecuting Barrack and Grimes, said Friday morning that both men’s bail hearing will take place at 1 p.m. ET in California.Prosecutors had asked at Barrack’s first court appearance in LA on Tuesday that he be detained until at least he appears in court in Brooklyn for another hearing because of the risk that he could flee to avoid facing the charges. Barrack holds Lebanese citizenship and has a private jet.A Barrack spokesman declined CNBC’s request for comment on the bail hearing change.CNBC PoliticsRead more of CNBC’s politics coverage:Barrack, who was chairman of Trump’s 2017 inauguration fund, is accused with Grimes and UAE national Rashid Sultan Rashid Al Malik Alshahhi of secretly advancing Emirates interests at the direction of senior officials of the oil-rich Gulf country. Prosecutors said the three influenced the foreign policy positions of Trump’s 2016 campaign, and continued that effort during Trump’s presidency through April 2018.Barrack also is charged with obstruction of justice and making multiple false statements during a June 2019 interview with federal law enforcement agents.The indictment noted that Barrack at the same time informally advised American officials on Middle East policy, and also sought appointment to a senior role in the U.S. government, including as special envoy to the Middle East.Alshahhi, 43, remains at large in the case.Barrack last year stepped down as CEO of Colony Capital, a private equity firm that he had founded. He resigned as executive chairman of the firm in April.- Additional reporting by CNBC’s Kevin Breuninger

Everything you always wanted to know about yachting, but were too afraid to ask
Ponzi schemer Madoff earned $710 for almost 3,000 hours of prison work, got ‘not very dependable’ review
To Top
error: Content is protected !!