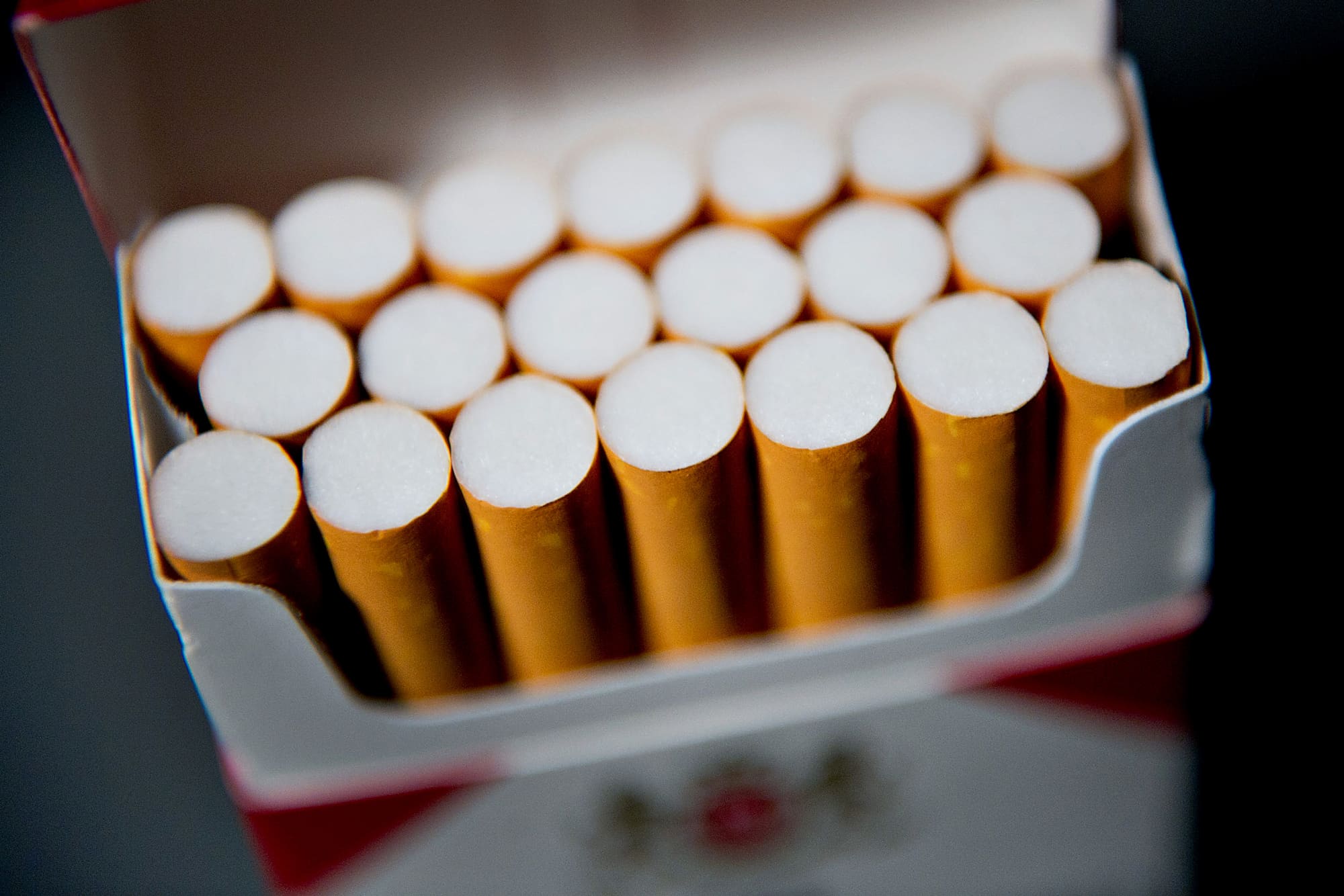 Marlboro cigarettes, a product of Philip Morris InternationalDaniel Acker | Bloomberg | Getty ImagesTobacco stocks tumbled Monday on a report that the Biden administration is considering whether to cap nicotine levels in cigarettes. The report, which cited people familiar with the matter, was published in the Wall Street Journal. The paper said the discussion came as public officials approach a deadline to say whether they plan to seek a of menthol cigarettes or not. The Biden administration is trying to determine if it should reduce nicotine levels in conjunction with a menthol ban or as a separate policy, the people told the Journal. Nicotine doesn’t cause cancer, but it does make smoking more addictive. The goal of reducing nicotine levels would be to make cigarettes less addictive, hoping to coax smokers to quit or switch to other products that are considered to be safer. The Food and Drug Administration, which has regulatory oversight of tobacco, declined to comment on the report. “Any action that the FDA takes must be based on science and evidence and must consider the real-world consequences of such actions, including the growth of an illicit market and the impact on hundreds of thousands of jobs from the farm to local stores across the country,” Altria spokesperson George Parman told CNBC in an email.Altria shares closed down more than 6% on the report. In extended trading Monday, shares fell an additional 2%. British American Tobacco shares closed down 2% Monday, while Philip Morris International shares ended the day down more than 1%. Both stocks also were down after the market closed. Philip Morris International declined to comment on this matter. The tobacco company does not sell or market cigarettes in the U.S. But its stock fell on the news regardless.British American Tobacco didn’t immediately respond to a request for comment. The company owns Reynolds American, the maker of Camel cigarettes. Read the full story from the Wall Street Journal here.

Trip.com up more than 4% in Hong Kong IPO; top executive expects ‘record number’ of China travelers
‘We are all ruined’ without change: European Super League chairman hits back at criticism
To Top
error: Content is protected !!