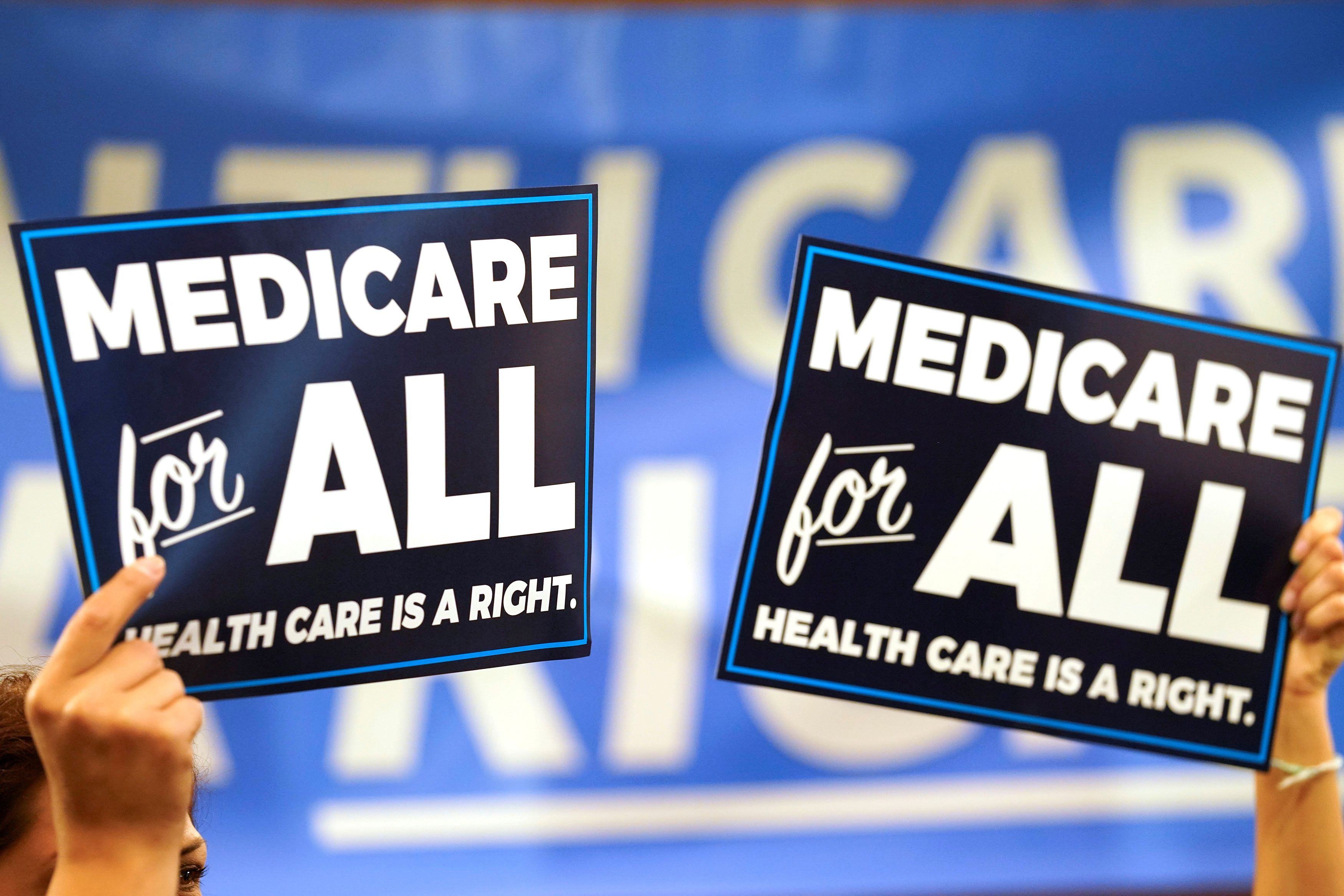 Participants hold signs as Democratic U.S. presidential candidate U.S. Sen. Bernie Sanders (I-VT) speaks at a news conference to introduce the “Medicare for All Act of 2019” on Capitol Hill in Washington, April 10, 2019

Investors should look to buy stocks in the underperforming health-care sector because concerns about “Medicare for All” have already been priced in, longtime bull Julian Emanuel said Monday.

“Is there likely to be some sort of regulatory initiative in the next couple of years? No doubt,” BTIG’s chief equity and derivatives strategist said Monday on CNBC’s “Fast Money. ” “But A, it’s in the price in our view, and B, it’s not likely to happen before the election itself.”

Health care overall has been the worst-performing sector in the stock market this year. This is in part because of concerns about 2020 Democratic proposals for “Medicare for All,” which calls for eliminating private health insurance and replacing it with a universal Medicare plan.

However, actually implementing Medicare for All would be tough even if a candidate such as Sen. Bernie Sanders, I-Vt., won the 2020 election, health policy analysts say.

The Health Care Select Sector SPDR Fund, an ETF that tracks the health-care industry’s biggest companies, has risen by just 7% year to date as of Monday’s close, significantly lagging the broader market indexes. The S&P 500 has risen 20% over that same time period. The S&P 500 closed just above the flatline at 3,014.30 Monday after posting an intraday all-time high earlier in the session.

Emanuel said many investors are feeling “discomfort” as the S&P 500 rallies past 3,000. He said health care is potentially a safe place to “hide.”

Investors need to think more “opportunistically” in an environment where tweets from the president can move markets, he added.