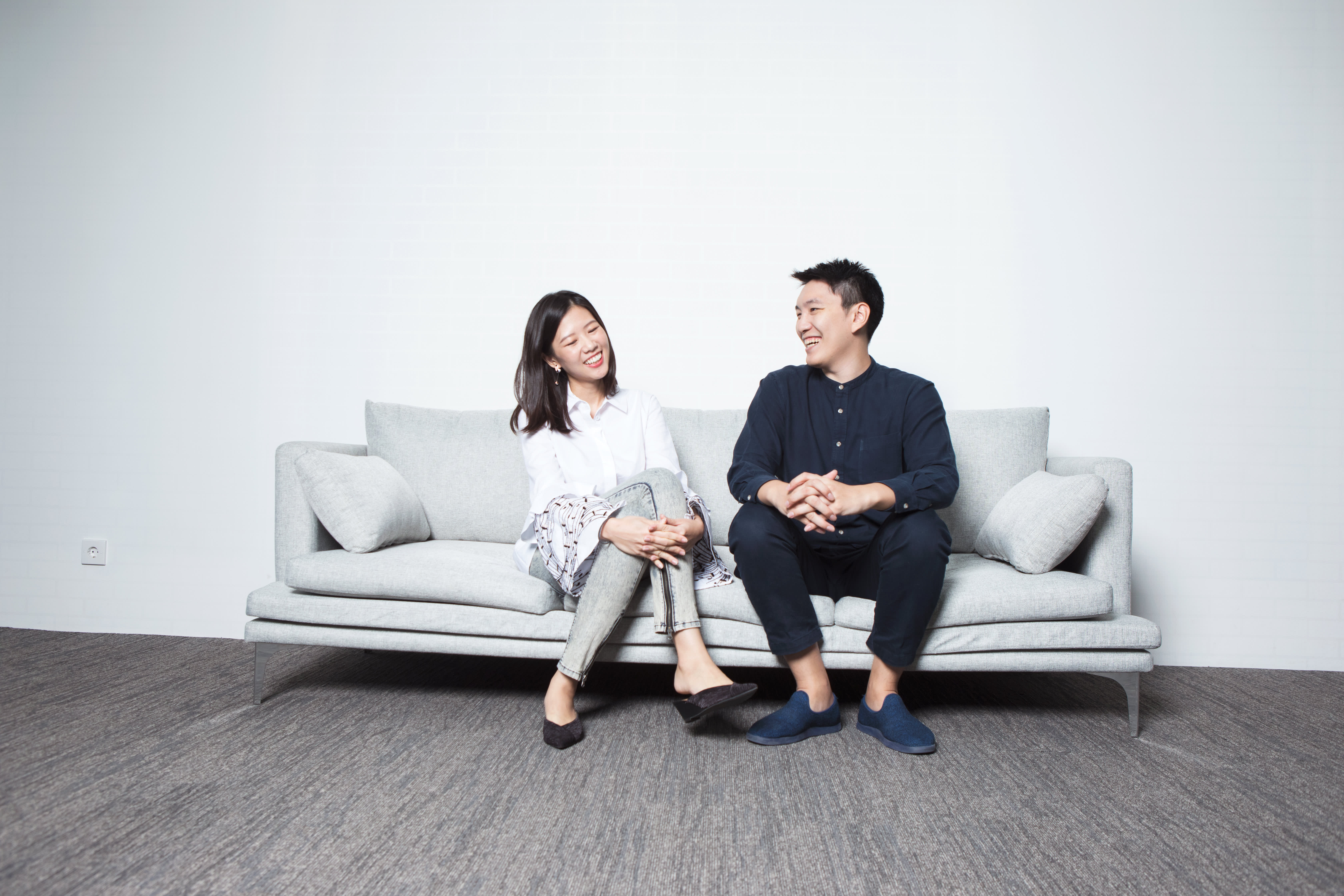 As the husband-and-wife team behind clothes rental app Style Theory, Raena Lim and Chris Halim are united not only in marriage, but also in business.That “definitely has some really good advantages,” Halim told CNBC Make It.And it also has its drawbacks: “Makes you work longer hours,” laughed Lim.But having spent five years perfecting their approach, the 32-year-old pair has advice to share with other couple co-founders — both in and outside of business.Play to your strengthsFirst off, they say, it’s critical to each identify specific areas of focus that play to an individual’s strengths.”Chris is really analytical, so he does a lot on the business, financial decisions,” Lim said of her husband, who is chief executive officer of the Singaporean fashion business.Areas of focus that are hers, she’ll make the call and areas of focus that are mine, I’ll make the call.Chris Halimco-founder and CEO, Style Theory”Rae is a lot more focused on the branding side, the people side of things, the operational side of things,” Halim said of his chief operations officer wife.Each party should then own those areas and take responsibility for key decision-making.”Areas of focus that are hers, she’ll make the call and areas of focus that are mine, I’ll make the call. That’s worked out quite well for us,” said Halim.Separate work and leisureThat delineation should extend to separating work and pleasure, too, the couple said.Though that has not always been easy — especially in the early days of the business — they say it has been vital to their working effectively and harmoniously.Raena Lim and Chris Halim, the husband-and-wife team behind Singaporean clothes rental app Style Theory.Style Theory”The first few years were rough,” said Halim, noting that they would work Monday to Sunday, taking no vacation for a “long time.” “But we’ve learnt,” he said. “We’ve had five years to refine it,” added Lim. “Weekends are for personal life, and we really use weekdays to the max to really make sure that we get work done.”Build a strong teamMuch of that structure has been made possible with the help of their 150-person strong team, the pair said.”What really keeps you going is finding people with a lot of passion in the mission that you’re going after. When times are tough, they are actually the ones who rally you on more than you do,” said Lim.The 100% alignment is really, really helpful and super important when you’re making key decisions together.Chris Halimco-founder and CEO, Style Theory