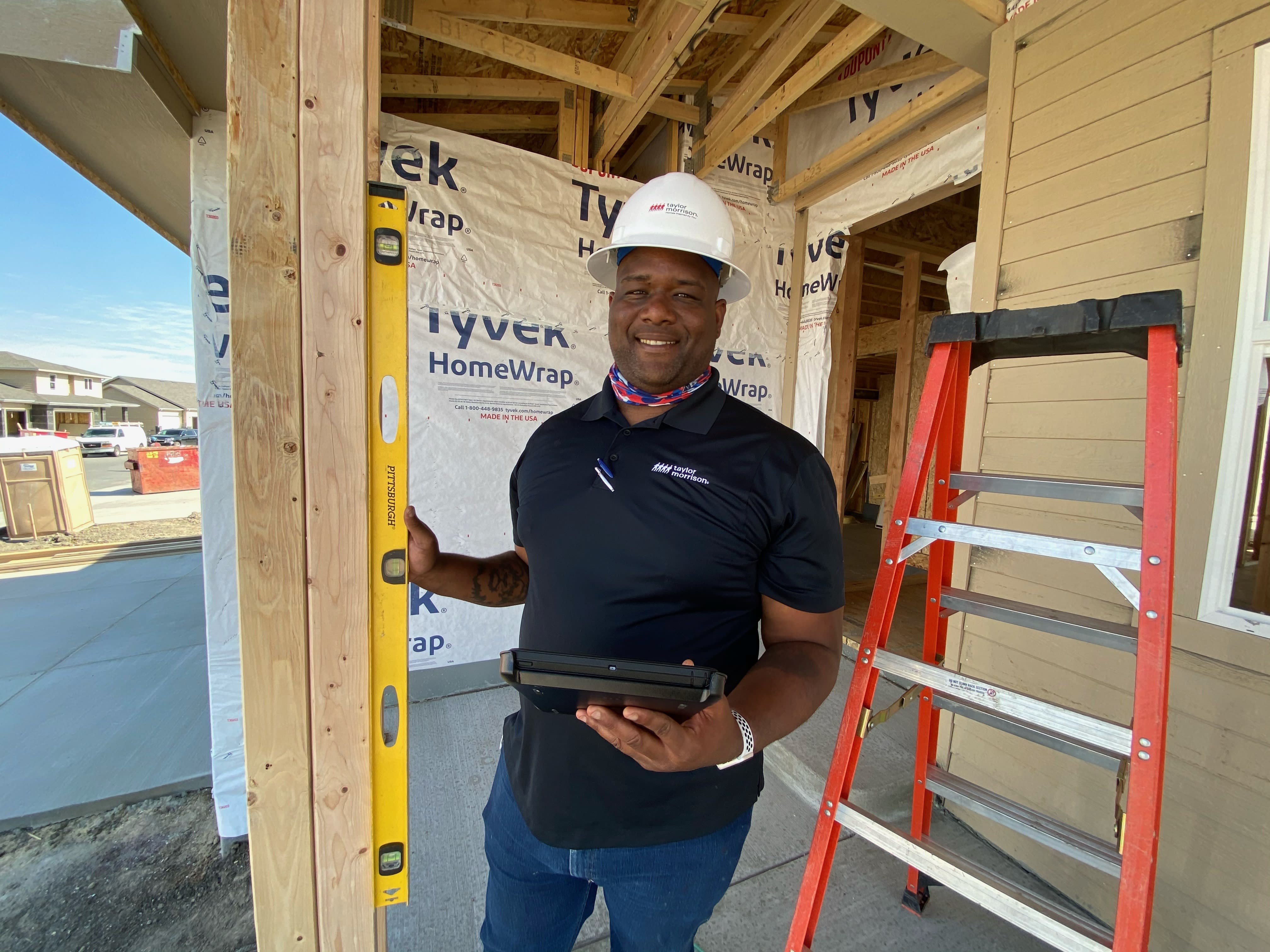 The coronavirus pandemic hit Joshua Copeland and his industry hard. The 38-year-old chef contracted Covid-19 last spring, losing his sense of taste and smell, which are critical to anyone in his line of work.Copeland recovered, but his restaurant, like thousands of others that were shuttered for months, did not, and he was laid off.”I kind of got put in a tight spot. I mean unemployment was helping for a while,” said Copeland.The government’s extra unemployment benefits that were put into place at the start of the pandemic expired mid-summer. Congress is still wrangling over another stimulus plan.”Because I know that I can’t rely on that, I just thought that, you know, this would be a good time to switch careers, switch into a new beginning,” said Copeland.He saw an advertisement for the Colorado Homebuilding Academy, a free, non-profit construction training program backed by Colorado-based builder Oakwood Homes, a Berkshire Hathaway company. The academy was founded in 2012, as the homebuilding industry was experiencing a severe labor shortage due to the Great Recession, when thousands of workers left the business.That shortage has only worsened, especially with now-soaring demand for housing, driven by the new stay-at-home culture of the pandemic. Given the current level of single-family home construction, the market is short about 57,000 workers, according to an analysis by Robert Dietz, chief economist at the National Association of Home Builders.That deficit is providing an opportunity to the millions of workers who are newly unemployed due to the pandemic. “We’re getting more calls right now than we ever have,” said Damon DiFabio, director of the Colorado Homebuilding Academy. “Construction is a bright spot in the economy.”DiFabio said calls to the academy doubled at the start of the pandemic and continue to exceed normal rates. He credits the relative stability of the housing industry, compared with the rest of the economy, as a major draw.”Especially as we were declared an essential job … people were rethinking long term and their lives, and this is maybe a job that’s steady. ‘Going forward, I can depend on it, and it’s something I want to get into long term,'” he said. Joshua Copeland at the Colorado Homebuilding AcademyRyan Dumville | CNBCDemand for housing is now so strong that sales of newly-built homes are outpacing construction at an unprecedented pace. Single-family housing starts were 22% higher annually in September, according to the U.S. Census, and building permits, which are an indicator of future construction, were 24% higher.While those are certainly big annual gains, construction is still not even close to matching demand levels, and it is still not back to historical norms from before the Great Recession.”This persistent demand should be and largely is music to builders’ ears – a measure of homebuilder confidence hit a record high in September, and has since risen further — but instead of a consistent and strong acceleration in building activity, construction levels have settled into a pattern of more-modest growth,” said Matthew Speakman, an economist with Zillow. “The longstanding regulatory and supply-side constraints faced by builders are forcing them to be more selective in the projects they take on.”With labor in such short supply, builders have to pay more for their workers. Copeland says he is now making more money than he did as a chef.The Colorado Homebuilding Academy is planning to expand nationally, joining others like the Homebuilders Institute, YouthBuildUSA and the North Alabama Homebuilding Academy.This week a coalition of some of the nation’s largest homebuilders launched the Building Talent Foundation, a new non-profit designed to, “advance the education, training and career progression of young people from underrepresented groups in construction,” according to a release.The foundation’s stated goal is to add 100,000 construction workers to the field by 2030.”Our mission through BTF is to build a robust and sustainable talent pipeline nationwide and connect passionate new graduates and people alike to opportunities in every sector of construction,” said Sheryl Palmer, CEO of Taylor Morrison Homes in a release.Copeland finished his training at the Colorado Academy last month and landed a job immediately with Taylor Morrison, one of the nation’s largest publicly-traded homebuilders.”It’s a huge breath of fresh air, honestly, just not having to worry about my bills anymore,” said Copeland. “It’s a night and day difference from coming from an industry that right now is struggling to keep people hired, to the industry that’s like, well come on in. Let’s get you to work.”