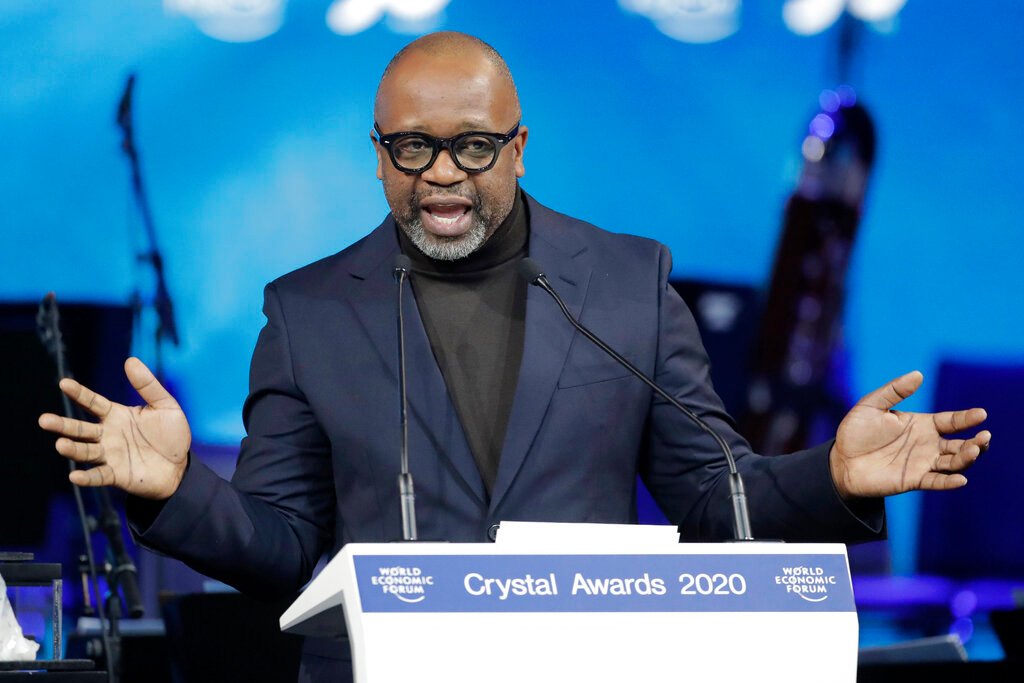 To receive Morning Links in your inbox every weekday, sign up for our Breakfast with ARTnews newsletter.
The Headlines
A STRONG SHOWING FOR ARTISTS IN THE PAPERS TODAY: Theaster Gates’s Rebuild Foundation has partnered with Prada on a three-year program that will aim to support emerging designers of color, Architectural Digest reports. John Akomfrah is opening a show at Lisson Gallery in New York next week, and his latest film considers current events like the coronavirus crisis and the murder of George Floyd. “It felt like there were almost two pandemics, overlapping, jostling and clashing with each other,” he told the New York Times. The de Young Museum in San Francisco just put on view a retrospective devoted to Judy Chicago; she said in a Guardian interview that art matters “only if it deals with issues that people care about, in ways that they can understand.” The New York Post notes that, in his new biography of Robert Indiana, writer Bob Keyes claims that the artist “was an ass” and for “slights, real or perceived, he declined meetings with presidents and partnerships with rock stars.” And a Joan Mitchell survey welcomes the public on Saturday at SFMOMA. Alex Greenberger has a primer.

MUSEUMS ARE ALSO MAKING BIG NEWS. The Denver Art Museum said that it has received $25 million from an anonymous donor to create and endow an Institute of Textile Art and Fashion. The Nelson-Atkins Museum of Art in Kansas City, Missouri, has raised the base pay for its hourly employees to $15 an hour, KSHB reports. And the ongoing turmoil in Venezuela has affected many cultural institutions, Bloomberg reports, including the Caracas Museum of Contemporary Art. Former staffers say that its air-conditioning system is not being cared for, and some employees were arrested for attempting to sell works from its collection. It’s been shuttered during the pandemic. According to María Luz Cárdenas, who was once the institution’s director of curatorship, “No one knows what’s happening inside.”
The Digest
A U.S. judge has signed off on a settlement that dissolves Purdue Pharma, the maker of OxyContin, and shields its owners, Sackler family members, from liability. The Sacklers, who have given huge sums to art institutions, will be required to pay $4.5 billion. They had faced thousands of suits from governments, individuals, and others. Some states said they will appeal the decision. [The New York Times]

Gladstone Gallery is the latest international powerhouse to set sail for Seoul. It will open an outpost in the city’s Gangnam neighborhood, where Galerie König recently set up shop alongside plush exhibition spaces run by fashion houses Louis Vuitton and Hermès. [ARTnews]
Fashion critic Vanessa Friedman investigated the hotly disputed claim that the robin-egg-blue Basquiat painting appearing in the new Tiffany campaign was intended as a homage, of sorts, to the vaunted brand. The consensus from many in the know: That is probably not the case. [The New York Times]
A closely watched London gallery, the Sunday Painter, is starting an art-rental business that will loan works to people for £50 (about $69) a month. Payments can be applied to the acquisition of the piece. Artists get £30 per work per month. The site is called Gertrude, for Stein. [Financial Times]
Fresh off the long-overdue release of his latest album, Donda, Kanye West has been spotted visiting museums and galleries in Berlin—while wearing a black mask over his entire head, naturally. After stopping by the KW Institute for Contemporary Art, he sported a KW hoodie. [Page Six]
A triceratops skeleton believed to be around 66 million years old will hit the block with a high estimate of €1.5 million (about $1.78 million) at Paris’s Binoche et Giquello auction house in October. The fossil is known in the trade as Big John. [Robb Report]
The Kicker
IN 1994, journalist Janet Malcolm’s gimlet-eyed profile of David Salle ran in the New Yorker. Then they became friends, Salle reveals in this month’s Artforum . In a remembrance of Malcolm, who died in June at 86, Salle writes, “I loved her, and I think she loved me. She had a deep reservoir of sympathy for anyone engaged in the struggle to be human—she couldn’t have written those pieces without it.” What did he think of the article? His feelings have changed over the years, but one particular judgment she made has stuck with him. (We won’t give it away here.) Says Salle, “In our world, where a high percentage of what gets said about art is unsubstantiated rhetoric or wishful fantasy, Janet’s skepticism was a tonic.” [Artforum]