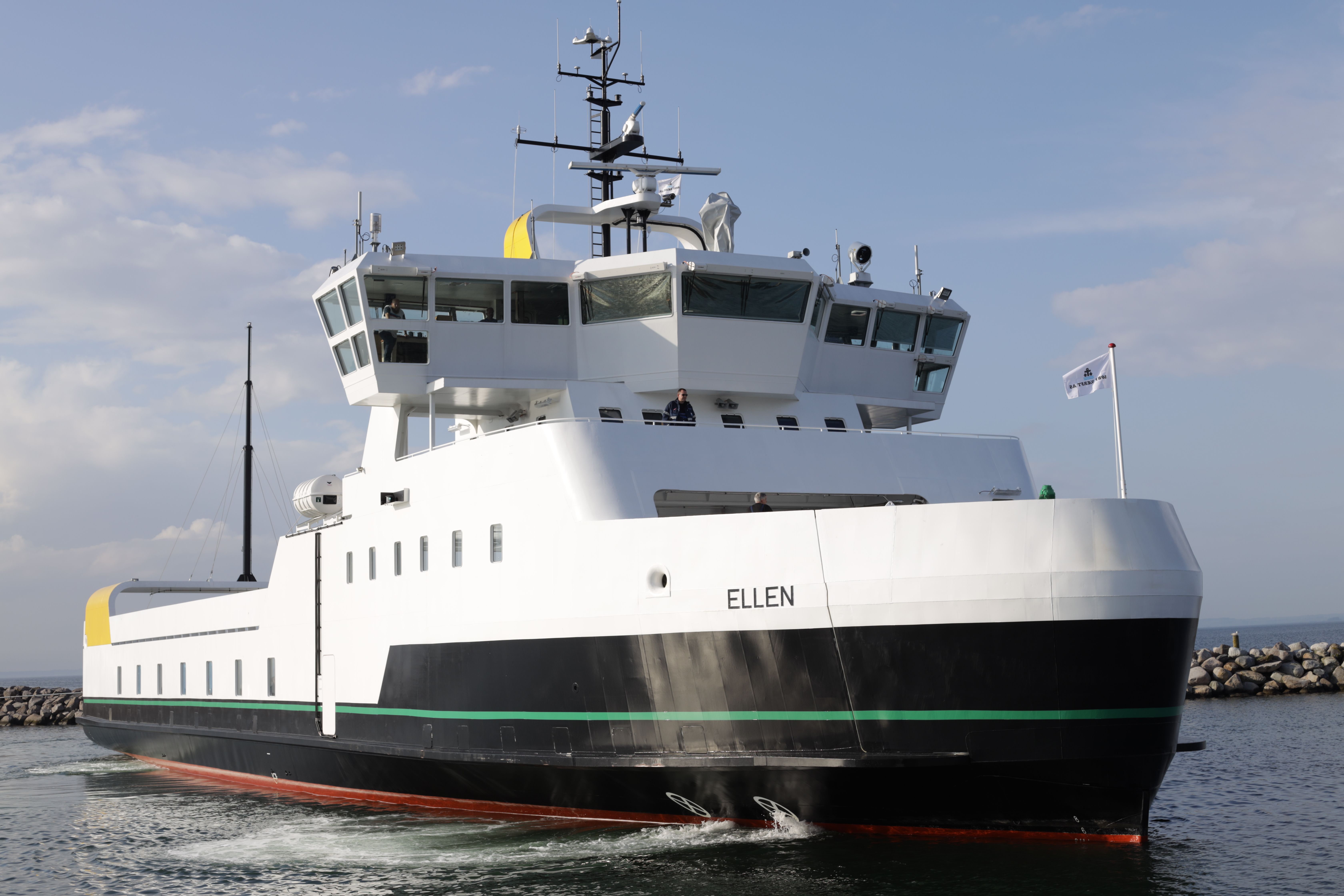 An all-electric ferry capable of carrying roughly 30 vehicles and 200 passengers has completed its maiden voyage.

Toward the end of last week, the e-ferry Ellen crossed waters between the ports of Soby and Fynshav, which are located on the islands of Aero and Als in the south of Denmark.

The ship is powered by a battery system with a capacity of 4.3 megawatt hours, which was supplied by Switzerland-headquartered energy storage firm Leclanche.

In a statement last week, Leclanche said the e-ferry Ellen, which it described as the world’s biggest all-electric ferry, was expected to be fully operational in the next few weeks. Leclanche CEO Anil Srivastava described the ship as “the precursor to a new era in the commercial marine sector.”

He added that over the course of one year the ferry would stop the release of 2,000 tons of carbon dioxide, 2.5 tons of particulates and 1.4 tons of sulfur dioxide.

The development of electric ferries like the Ellen comes at a time when the International Maritime Organization is preparing to introduce new regulations relating to sulfur oxide emissions, as efforts are made to tackle pollution in the sector. In January 2020, the IMO will ban shipping vessels using fuel with a sulfur content higher than 0.5%, compared to levels of 3.5% at present.

“This project demonstrates that today we can replace fossil fuel thermal drives with clean energy, and thus contribute to the fight against global warming and pollution for the well-being of our communities,” Leclanche’s Srivastava said.

According to those behind the e-ferry project, which has received funding from the European Union, the Ellen is able to sail as much as 22 nautical miles (approximately 25.3 miles) between charges.

It is the latest example of innovative technologies powering larger-scale forms of transport. In September 2018, European railway manufacturer Alstom launched what it described as the world’s first hydrogen fuel cell train.

The French business said that the Coradia iLint used fuel cells that turn hydrogen and oxygen into electricity. In terms of speed, the train can travel up to 140 kilometers per hour.