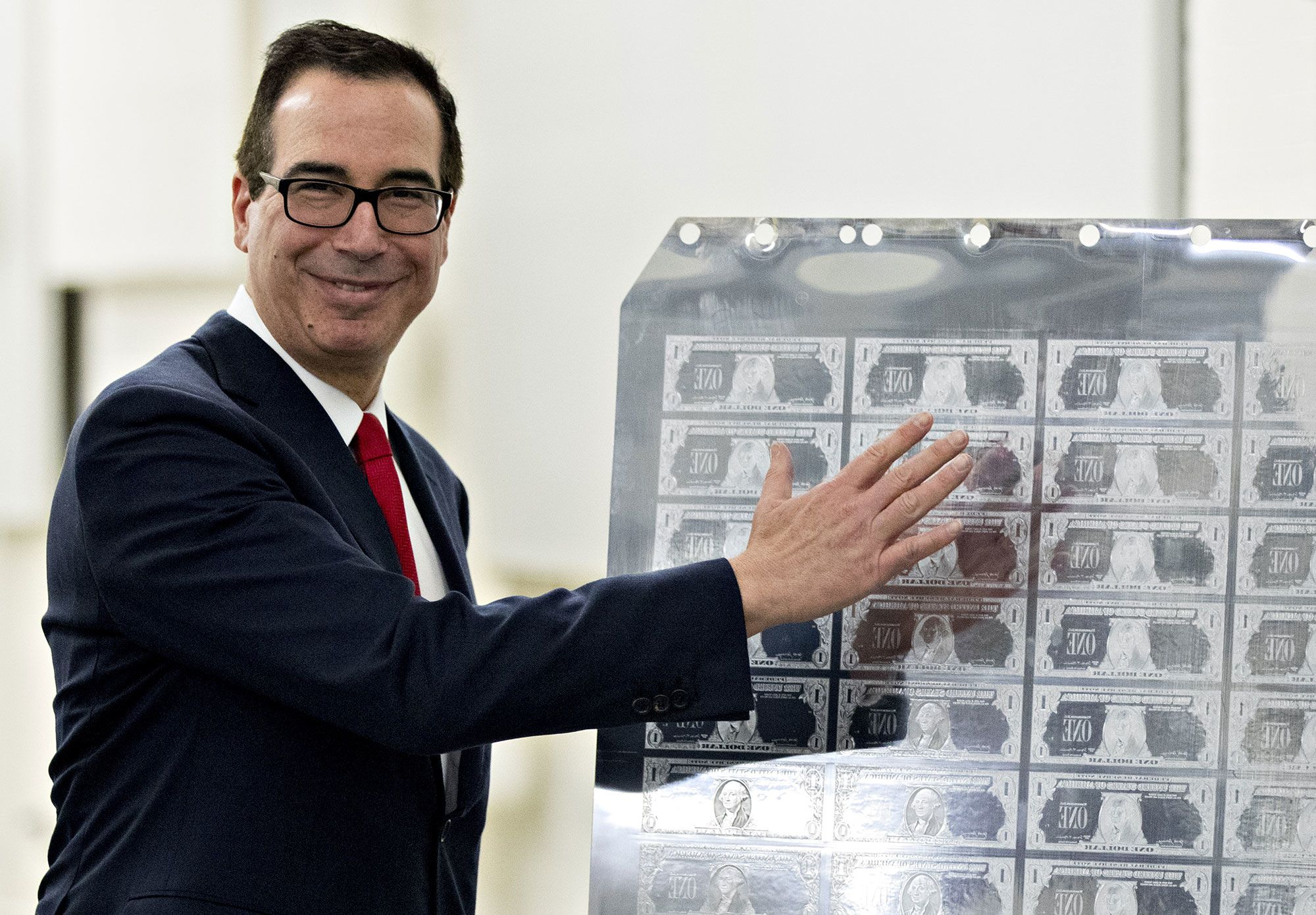 Steven Mnuchin, U.S. Treasury secretary, gestures while standing next to a printing plate for $1 dollar notes bearing Mnuchin’s name at the U.S. Bureau of Engraving and Printing in Washington, D.C., Nov. 15, 2017.

The U.S. will likely emerge the winner in a “cold currency war” that’s heating up, according to Joachim Fels, global economic advisor at Pimco.

“If there is a winner in this ‘cold currency war,’ it’s going to be the U.S. in the sense that the dollar is more likely to weaken than strengthen from here,” said Fels told CNBC’s “Squawk Box ” on Monday.

He said a cold war on the currency front refers to a conflict not fought with outright central bank intervention in the foreign exchange markets, but with interest rate cuts, negative interest rates (like those in Europe and Japan), quantitative easing and yield curve control.

In the case of the U.S., “presidential tweets” also factor into the mix, Fels added.

He noted that in early 2017, shortly after his election, U.S. President Donald Trump spoke to Treasury Secretary Steven Mnuchin about the need for a softer dollar. Subsequently, the greenback ended up weaker for the entire year.

“The same could happen again, especially as the Fed obviously has more room to cut interest rates than the (European Central Bank) or the Bank of Japan, ” said Fels.

“The U.S. administration probably has the upper hand in this currency war,” he added.

Clearly, we are getting back into the situation where everybody would like to see a weaker currency. Nobody, no central bank, really wants a stronger currency and that’s why it’s a cold currency war.

The “cold currency war is heating up,” Fels said, noting that the U.S. Federal Reserve and the Bank of Japan are likely to cut interest rates soon. Analysts are also predicting that the ECB, which holds its next policy meeting on Thursday, will reduce rates later this year.

“Clearly, we are getting back into the situation where everybody would like to see a weaker currency. Nobody, no central bank, really wants a stronger currency and that’s why it’s a cold currency war,” he said.

“It’s better to take preventative measures than to wait for disaster to unfold,” Williams told the annual meeting of the Central Bank Research Association.

Fels said many market watchers are pricing in a 25 basis points cut by July, but it remains to be seen if the Fed will reduce rates further at its meeting next week, as there are indications the U.S. central bank may cut rates by 50 basis points by the end of the year.

“I think there’s at least a 50-50 chance that they decide to go a little bit more aggressive — they go 50 already in late July, and they leave the door open to maybe another cut before year-end,” Fels added.