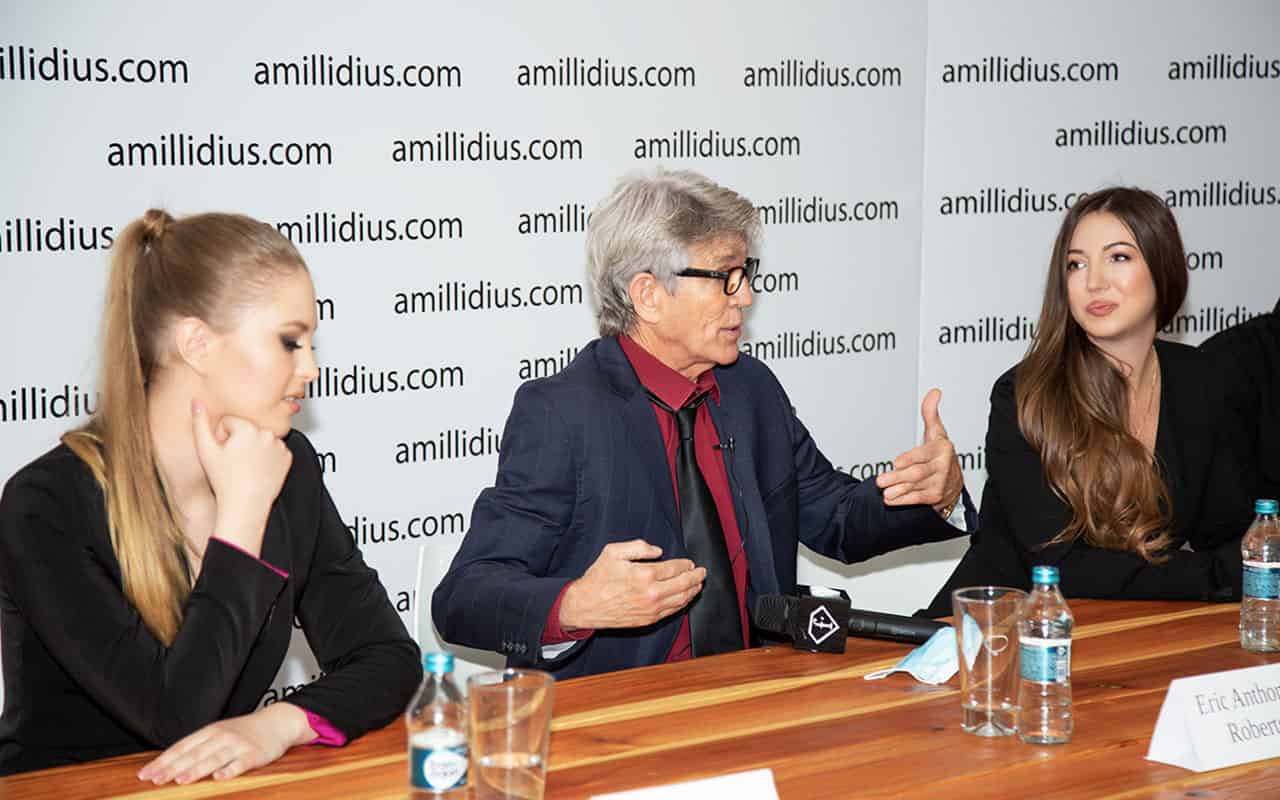 The third wave of the pandemic, the lockdown, and the unusually cool spring for Odessa did not interfere with the plans of Amillidius, an advertising company, – the shooting of the film “The Incident at Wall Street Hotel” (https://incident-at-wall-street-hotel.com/) started on April 20, 2021. The film’s producer Elvira Gavrilova is also a scriptwriter. She had been cherishing this idea for a long time. And now, finally, the plan came true.

The Amillidius new project – the short film “The Incident at Wall Street Hotel” – is several stories of hotel guests, the plot lines of which are not intertwined in any way. However, as Elvira Gavrilova notes, these short sketches also have something in common – viewers will meet the characters at key moments in their lives, see how people change under the influence of circumstances, how unexpected twists of fate make hidden feelings and emotions appear. The film will have everything – drama, humor, and a detective component. 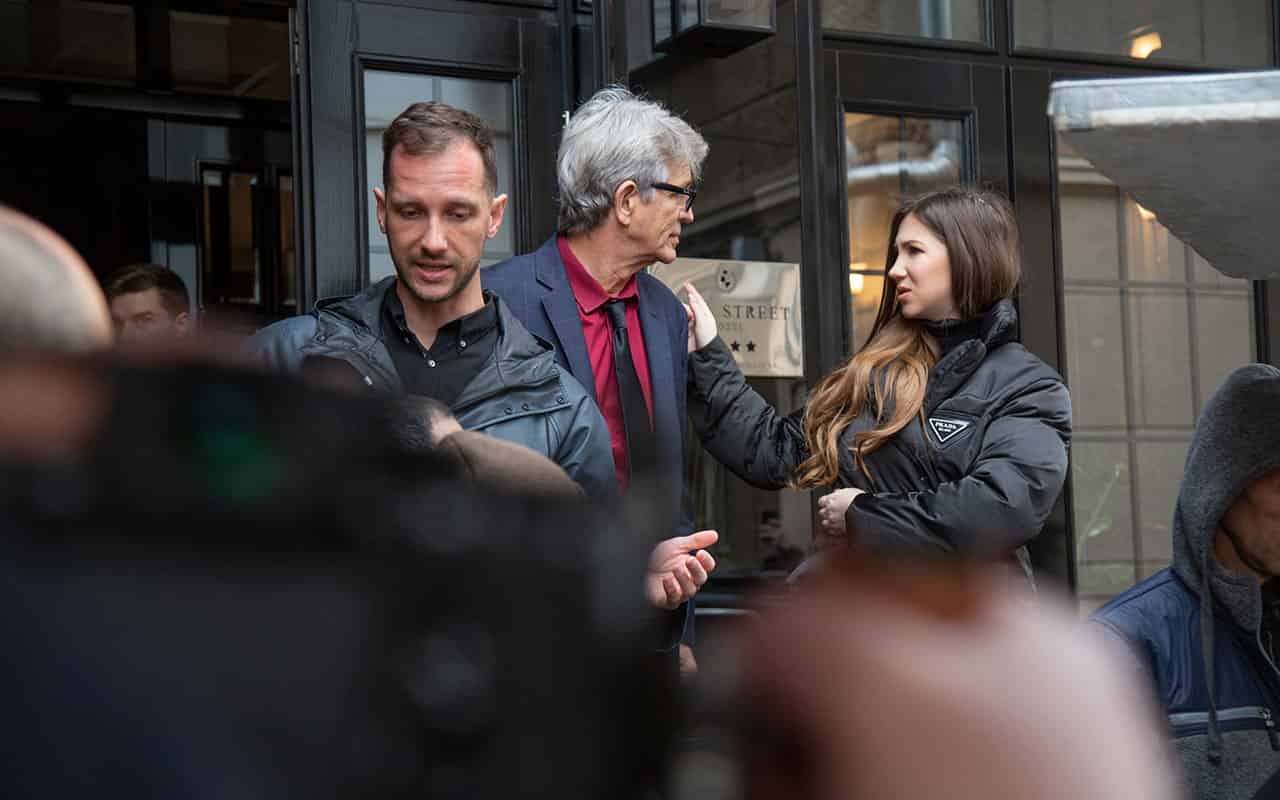 “The Incident at Wall Street Hotel” is a commercial film by the Amillidius production studio. The shooting of the social project “Eriztina’s Life”, also filmed in short film format and dedicated to the problem of drug addiction among youth, has been completed quite recently. The film’s main message is to become a warning for young men and women who do not realize what influence this addiction has on their lives, what fatal consequences the “mistakes of youth” entail. The film, which has become the Amillidius social mission embodiment, will be watched not only by Ukrainian but also by European viewers.

The shooting of the film was carried out by the Amillidius team in the very heart of Odessa – in the Wall Street Hotel. Elvira Gavrilova prepared a grand surprise for the audience – a real Hollywood star took part in the shooting.

Elvira Gavrilova invited a world-class star to her film 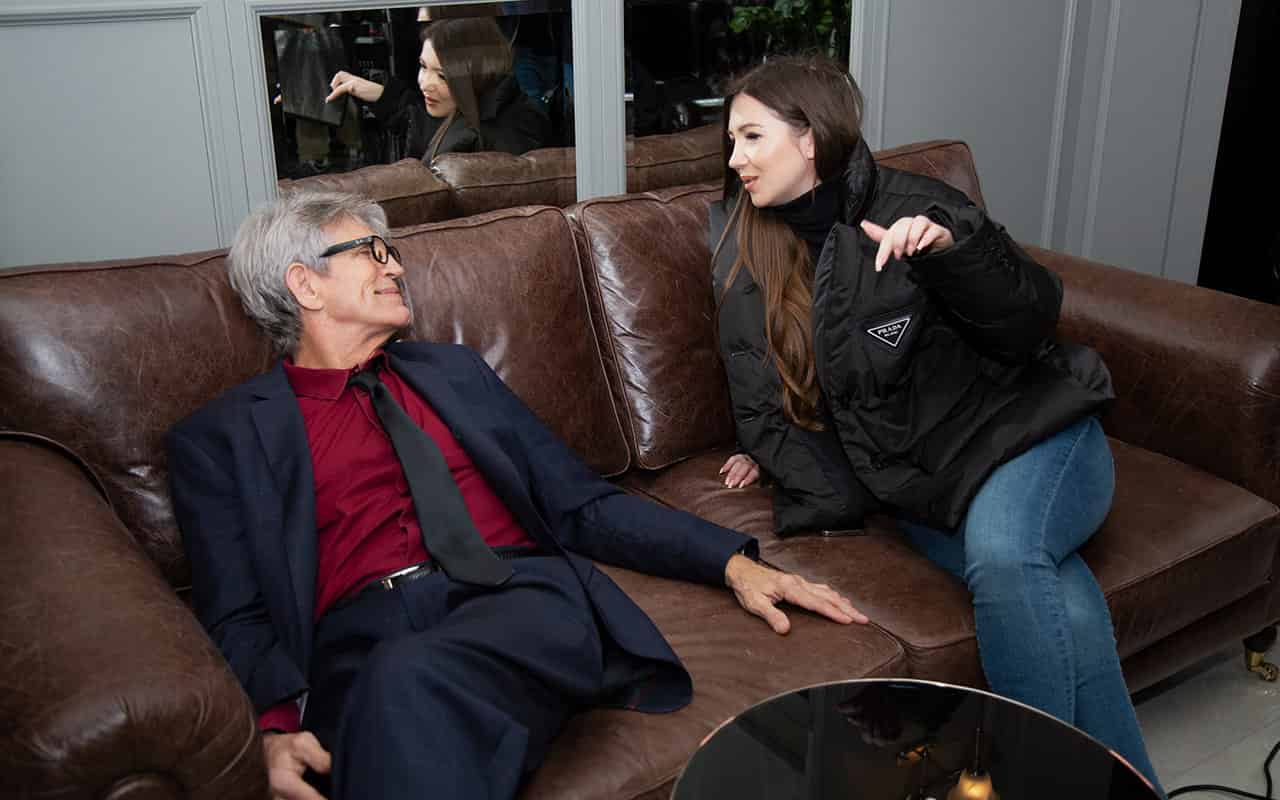 Eric Roberts, who is a graduate of the RADA, an Oscar and Golden Globe nominee, who has 190 film roles, including 80 major, played one of the main roles in the film “The Incident at Wall Street Hotel”. Fans remember him more in his roles of negative characters. However, there are some positive characters in Roberts’ career. The audience will find out very soon what role the famous American actor will embody in the Amillidius production studio film. 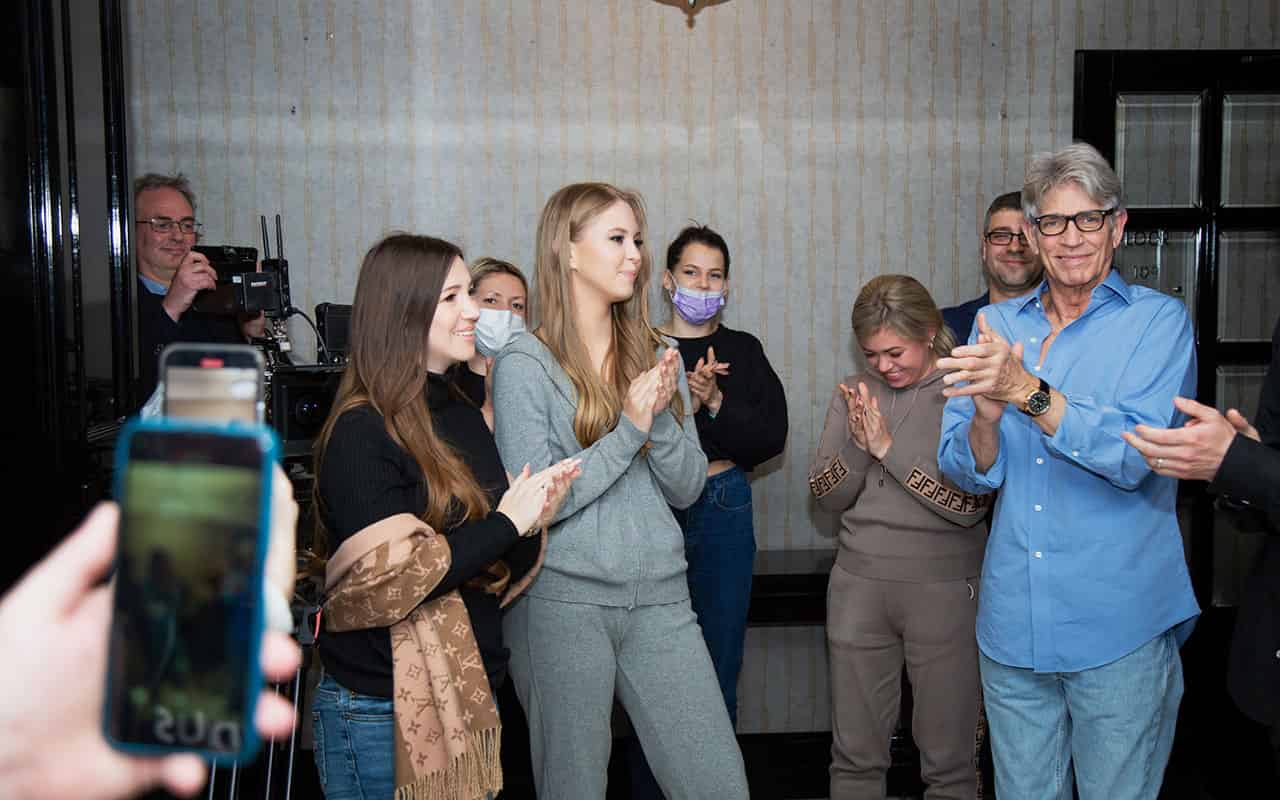 Elvira Gavrilova and Amillidius give a chance to young talents

In the early morning of April 20, media representatives and film crew members gathered in the hall of the Wall Street business center: producer Elvira Gavrilova, director Igor Ryabchuk, guest star Eric Roberts. At the press conference, journalists congratulated Eric on his recent birthday and asked many questions about the film, and more global questions about the acting mission. Fashion model Anastasiia Bondarchuk, a young performer of one of the main roles, also attended the briefing. In the story, she is paired with an overseas celebrity. Nastya expressed the hope that the excitement would not prevent her from playing her role well. Producer Elvira Gavrilova also believes in her protégé and the entire Amillidius team. 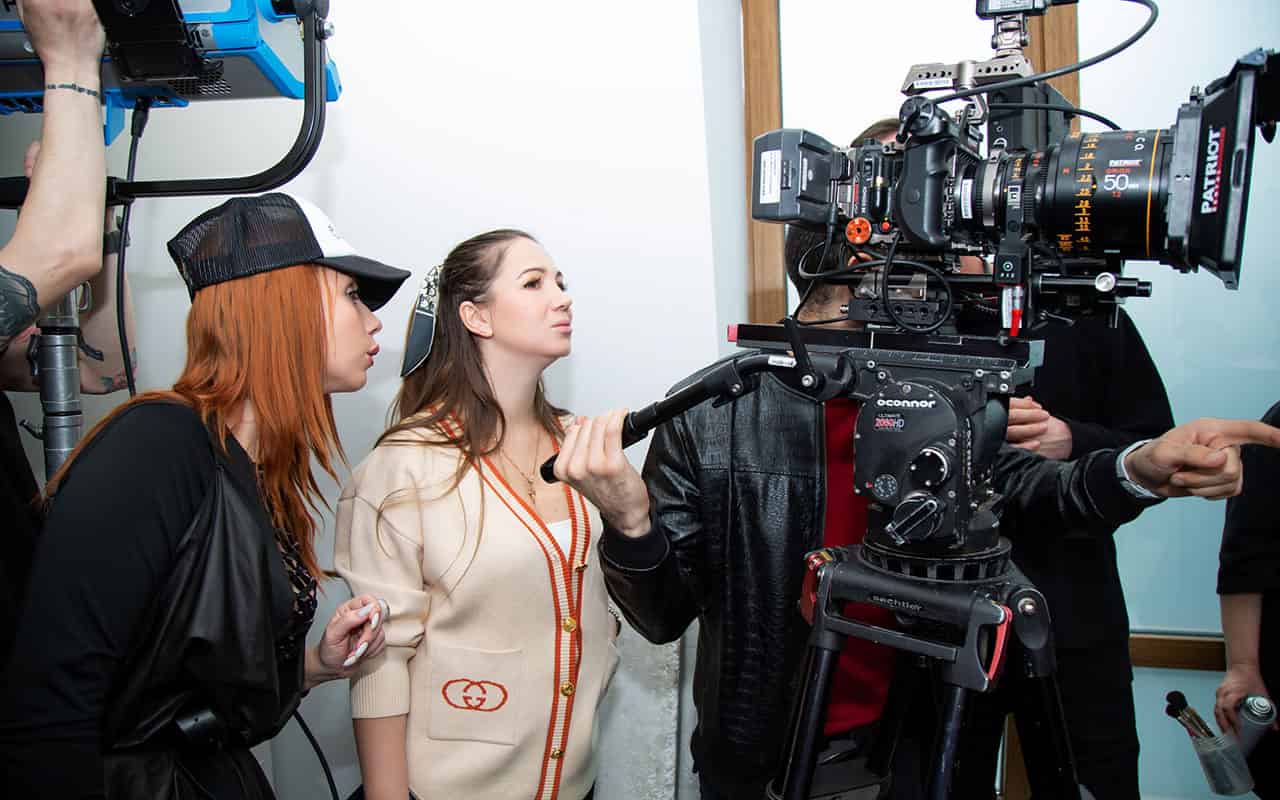 Answering the questions of journalists, Elvira Gavrilova admitted that already in the process of writing the script, creating the images of the main characters, she imagined this very tandem – Eric Roberts and Anastasiia Bondarchuk. Even in his early youth, the Hollywood actor conquered Elvira with his acting skills. His charisma and persona are organically combined with Nastya’s temperament, charm, and unpredictability. The producer was initially sure that next to such a master, Anastasiia Bondarchuk would be able to fully demonstrate her acting skills. And so the famous actor and the young debutante met on the set of the film “The Incident at Wall Street Hotel.” However, arranging this meeting was not so easy. Through incredible efforts, despite the difficulties and limitations that the Covid-19 pandemic provoked, Elvira Gavrilova was able to secure the consent of the famous actor, sign a contract and organize his flight to Ukraine.

Ukrainian stars of the new generation in the Amillidius film project

On the same day, other actors of the Amillidius new project (Bogdan Sheludyak, the star of the “School” TV series and the “Kiev Day and Night” TV series, and his partner on the set – Marina Kiseleva, an unprofessional actress, Fashion TV channel hostess) met with journalists. Talking about his role, Bogdan, who used to play mostly romantic characters, noted that he would appear before the viewer in a completely different role. In many ways, the opportunity to embody on the screen the shocking contradictory image of a drug-addicted rock musician attracted him to the Amillidius project. In the film, Marina Kiseleva will play his wife and colleague, for whom this is an acting debut. The third participant in the briefing was Marie Smirnova, a neo-generation singer. Her new composition “My covert lover” became the soundtrack for the movie “The Incident at Wall Street Hotel”. Immediately after the interview, the actors went to the set, where Vasif Ibrahimov, a young talented operator of Amillidius production studio, had already managed to shoot several scenes. 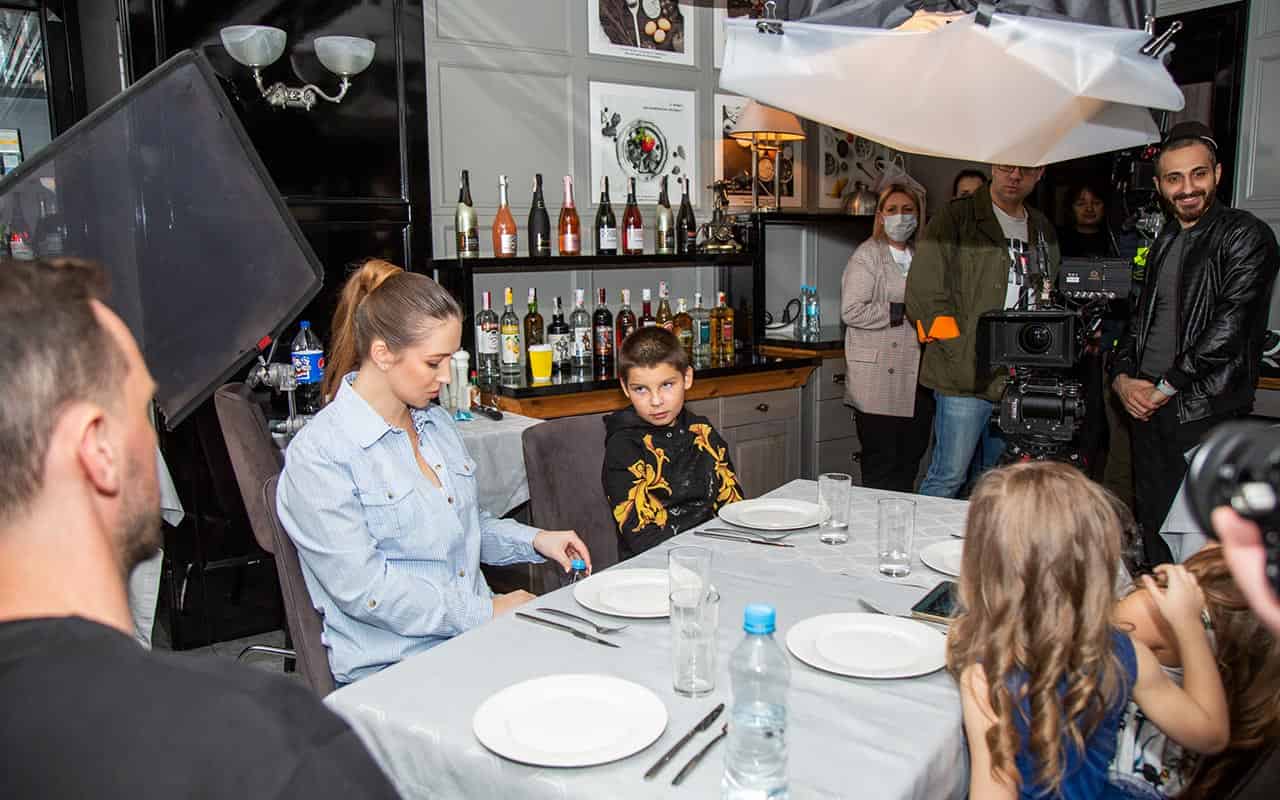 The Amillidius team has already completed work on the film. But viewers will watch the short film a little later. We have to wait a bit for the premiere, as Elvira Gavrilova and Amillidius-production have sent an entry submission to participate in the Cannes International Film Festival. Whether Amillidius new film will become a participant in the competition programs depends on the decision of the selection boards. Until then, cross your fingers for the best!