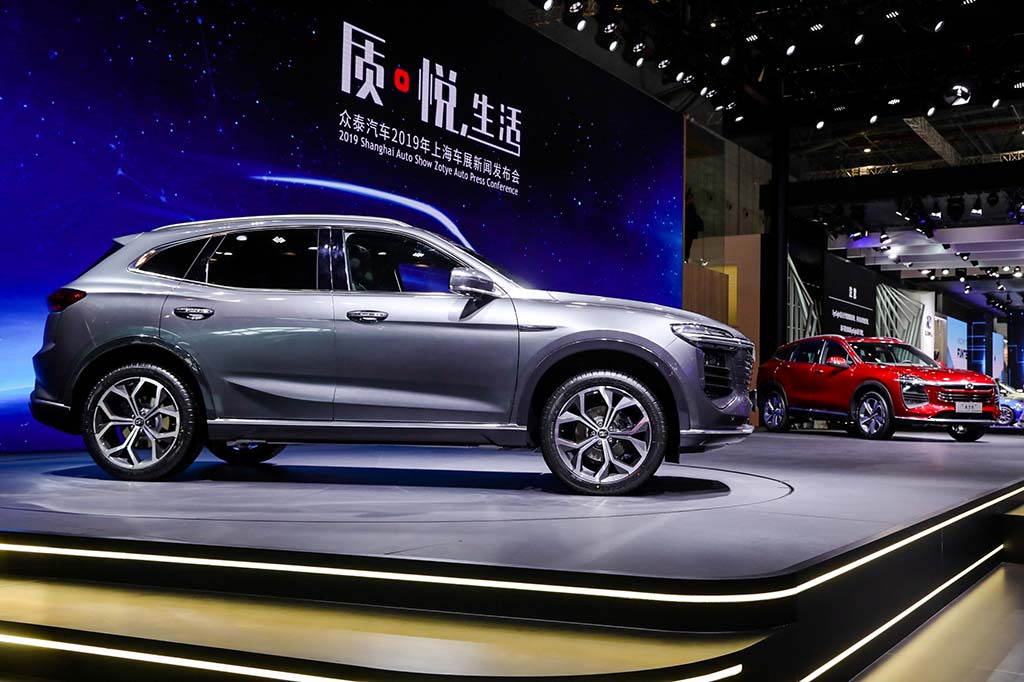 When Guangzhou-based GAC Group rolled out a concept vehicle at the North American International Auto Show last January it was just the latest among a procession of Chinese automakers laying out plans to enter the American car market.

To date, however, the only Chinese-made vehicles to reach U.S. shores have been imported by General Motors and Volvo. But Zotye Auto, a small, privately held carmaker from Yongkang, Zhejiang, China, is determined to be the first domestic Chinese car company to reach American shores — and in as little as 18 months from now.

With a name that few Americans will likely know how to pronounce — it’s Zoh-tee, not Zot-yee — a small budget and even less brand equity than bigger Chinese brands like BYD, Geely or Great Wall, there are plenty of skeptics. Americans “have a bad perception of Chinese vehicles, overall” cautioned Augusto Amorim, a senior analyst with LMC Automotive. And Zotye is particularly unknown, he said.

But the team of industry veterans who are leading the Zotye launch effort are confident they can pull it off, including seasoned salesman Duke Hale, 69, who sold his first car as a teenager and has spent decades working with automakers as diverse as Isuzu, Lotus and Land Rover. Hale said he’s confident his “seven Ps” strategy will clinch the deal.

The list includes such things as “processes,” as well as “product.” The first model expected to enter Zotye’s U.S. line-up debuted barely a month ago at Auto Shanghai. The T600 is a compact crossover that will be aimed at the likes of the Toyota RAV4 and Honda CR-V. It will be followed in 2022 by the midsize T700 crossover and, about a year later, by a three-row model.

But while the T600 has generated some positive press, Hale believes the brand’s biggest selling point will be “price.”

“Think in terms of 20% less than the targeted competition,” notably including the likes of Hyundai, Kia and Toyota, Hale said over dinner with journalists at the Detroit Renaissance Center on Thursday night.

That’s an even bigger discount than Hyundai offered buyers when it came to the U.S. market 30 years ago — and with a name that was equally baffling to American consumers. And it would come at a decidedly opportune time, industry officials like Joe Hinrichs, Ford’s president of automotive operations, have openly worried about the rising cost of today’s new vehicles. The average sticker price of a new car hit a record $34,000 at the beginning of the year, according to data compiled by industry research company LMC Automotive.

Industry observers note that translates into a typical monthly payment of around $550, enough to price millions of potential buyers out of the market, especially millennial and Gen-Z motorists, many already straining to pay off student loans.

Jan Thompson, a former marketing executive with Mazda and Toyota who’s now handling that role for Zotye, believes the Chinese brand’s primary buyers will be young shoppers who don’t want to buy a used car. But with an estimated 42 million used vehicles sold in 2019, nearly three times more than new, customers could come from every market demographic, she said.

“I tell my neighbors in Tennessee I’m going to sell a Chinese car and they all say they’re not interested,” she said. “Then I tell them the price and they all ask where they can sign up.”

Unlike Hyundai, Kia and the many new automotive start-ups coming on the scene, Zotye won’t actually run the show, if and when its cars come to the U.S. The marketing operation actually lifts a page from the strategy several Japanese automakers used in decades past when they tried to pry open the door to the U.S. market. Subaru, Mazda and even Toyota initially relied on independent American distributors — the Japanese giant still represented by one in a number of Southern states.

Hale’s HAAH Automotive Holdings negotiated a deal to import and distribute Zotye’s products in the U.S., a plan the Chinese carmaker was more than glad to accept, he said, considering it currently has capacity to build 1.2 million vehicles annually but only sold about 400,000 last year.

The arrangement gives HAAH plenty of flexibility and, in fact, “There are probably more brands to be announced in the future,” he said Thursday, suggesting his privately held company is negotiating with several other Chinese wannabe exporters.

Of course, the real question is whether HAAH will get past the bright idea stage. There have been plenty of attempts to set up new brands in the U.S. over the past 20 years but only Tesla has so far succeeded. Notable failures include India’s Mahindra & Mahindra which even had lined up a network of dealers, early in the decade, before throwing in the towel.

The good news for HAAH and Zotye is that they claim to be generating strong interest from dealers, with several dozen now signed on representing 60 “points” in 15 states, and negotiations are well underway with about 20 others, according to sales chief Bob Pradzinski, who has spent decades working for Asian automakers including Hyundai, Mazda and Toyota.

What might surprise buyers is that despite record new vehicle prices, the typical automotive retailer loses about $331 for every car, truck or crossover they sell, according to the National Automobile Dealers Association. They have to try to make that up by pushing finance, insurance and service.

Hale and his team is trying to make it easier — more profitable — for dealers. Zotye plans to use a “no haggle/no hassle” approach to pricing, like Saturn. And dealers will be offered large geographic franchises in which they could set up multiple outlets. That could include showrooms in malls, something Tesla has done.

Hale and his team acknowledged there are plenty of potential obstacles, like meeting U.S. emissions, mileage and safety standards, for one. The trade war between the U.S. and China is also an issue, although Hale said he’s confident it will be resolved well before the first Zotye is ordered in the U.S.

“They seem serious about getting into the market and are clearly trying to understand what buyers want,” said analyst Amorim. While it will likely be a challenge for any Chinese makers, especially in a market already crowded with so many brands, he believes Zotye and HAAH could “have a higher chance of being successful” if they can execute the plan Hale and his team have put together.