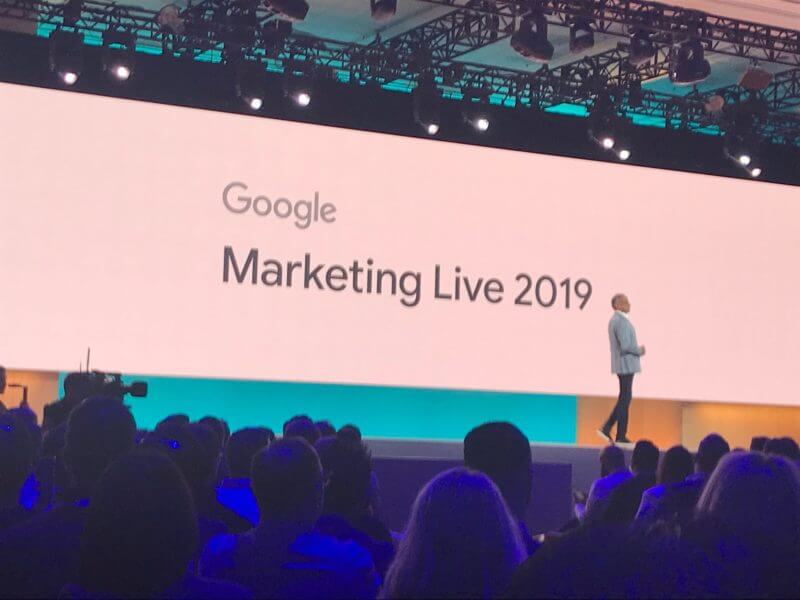 SAN FRANCISCO – A trend that has been building for several years came to the forefront this week at Google Marketing Live, the company’s annual conference for advertisers. The initiative? Automated campaign types that deliver ads across multiple Google properties.

App campaigns are held up as the model for this approach, but if we go back even further, Google’s relatively short-lived mouthful Search Network With Display Select campaign type — which launched in 2013 and used an algorithm to extend Search campaigns to GDN placements predicted to perform well for its small budget advertisers — could be seen as the original harbinger of where we are today.

The idea of running Search and Display together in one campaign will still make many advertisers shudder. But most of the new campaign types don’t give advertisers the option to opt out of channel inventory. That, Google will say, was a tactic necessary in a pre-machine learning powered world. Machine learning may be overhyped, but it underpins nearly every aspect of campaigns and will continue to grow in importance.

Where Search was once the hub of AdWords, it’s becoming just one of the spokes in Google Ads.

This is the latest rundown of campaign types and ad formats that can (or will soon) run across multiple Google properties:

Google SVP of Ads and Commerce Prabhakar Raghavan on the long and involved paths to purchase often seen today.

These new solutions aren’t actually called customer journey campaigns, but that’s the case Google is making: that it can offer marketers full-coverage opportunities to reach potential customers from discovery to consideration to sale.

Search had long been seen as a bottom of the funnel channel. This was in part a function of measurement limitations, and Google has been pushing marketers to move beyond last click for years now to drive investment in upper funnel search marketing. It stopped being the default campaign attribution model in AdWords in 2016.

I asked about this shift from single channel to multi-channel, full funnel campaigns at a press briefing with Google executives Monday. Sissie Hsaio, VP for mobile app ads, said there are two things driving this change. First obviously is that Google has access to many surfaces where people are in different modes of intent and discovery, Hsaio said.

“This makes it easier to reach consumers in different modalities of intent.” Second, said Hsaio, is the ability for machine learning to find users and tailor messaging and creative assets based on those modes of intent. These two concepts are coming together and getting applied to meet different advertiser and user needs, Hsaio concluded.

Beyond search intent plus. Keyword search intent was the original money signal that made Google Search ads so successful. There wasn’t a better intent signal out there, until Facebook came out with audience targeting based on interests, web and app activity, demographics and other signals and algorithms that could match ads against that those signals. Google has quickly moved from keyword-focused targeting to supporting various types of audience targeting that incorporates a slate of interest and behavioral signals it captures from across its properties. Intent is still the core of search, but Google has been stripping away keyword targeting controls (with more to come), and it’s entirely possible to run Search campaigns based on other signals and no keywords at all.

“Intent signals used to consist of two- to three-word search queries,” said Prabhakar Raghavan, Google’s SVP of ads and commerce, when I asked him about this shift in an interview Tuesday. “The click was Nirvana.” Marketers have since become more sophisticated, he said, and machine learning has advanced to be able to attribute intent in different phases of the funnel.

Anticipating consumer needs. Google America’s President Allan Thygesen, said this omnichannel approach will help marketers “anticipate” where their users will be, what they’ll be looking for, what questions they’ll be asking and problems they’ll be trying to solve. Attribution may never be perfect, but there are enough directional metrics that can be stitched together to help marketers get better at anticipating consumer needs to create better full funnel strategies. “This is a shift as profoundly disruptive as mobile,” said Thygesen.

“Perfect multi-touch attribution isn’t yet a reality, but we shouldn’t let the perfect be the enemy of the good,” said Thygesen. Google’s measurement efforts have been made more complex by GDPR and CCPA privacy regulations and looming potential for federal regulations in the U.S., which Google is actively lobbying to influence.

Google Chief Business Officer Philipp Schindler and Thygesen were fairly candid about the need for better cross-channel measurement and were optimistic Google is getting closer to solutions that do better, but there was some expectation-setting.

“It is in all of our interests while ensuring highest bar for privacy so it might take longer for us to deliver tools you need,” said Schindler. “Doing this is very hard even for the best data scientists in the world.”

Raghavan said he’s encouraged by many of the developments happening with computational advancements in the cloud. He noted that Ads Data Hub, “while you can think of it as a platform, there are things falling into place that allow us to form attribution-like computations without exchanging data. And I think that’s a huge advancement technically.”

Google hammered the privacy messaging. By its telling, the company’s tarnished reputation on privacy is a function of it not being more open about how it has thoughtfully approached data segmentation for years. “The wealth of the data is really used for personalizing consumer experiences far more than the little fraction that’s used for advertising,” said Raghavan.

It’s trying to walk a tenuous line between what Schindler described as a commitment to offering “full visibility” for marketers while protecting user privacy.

Raghavan said, “The thing we think about hardest here is how you can get this level of ad click modeling of consumer behavior and conversion behavior without compromising user trust.” Conversion modeling is being done for users that opt out of tracking in their account settings or block cookies. It does not show marketers any reporting breakouts on modeled versus attributed conversions.