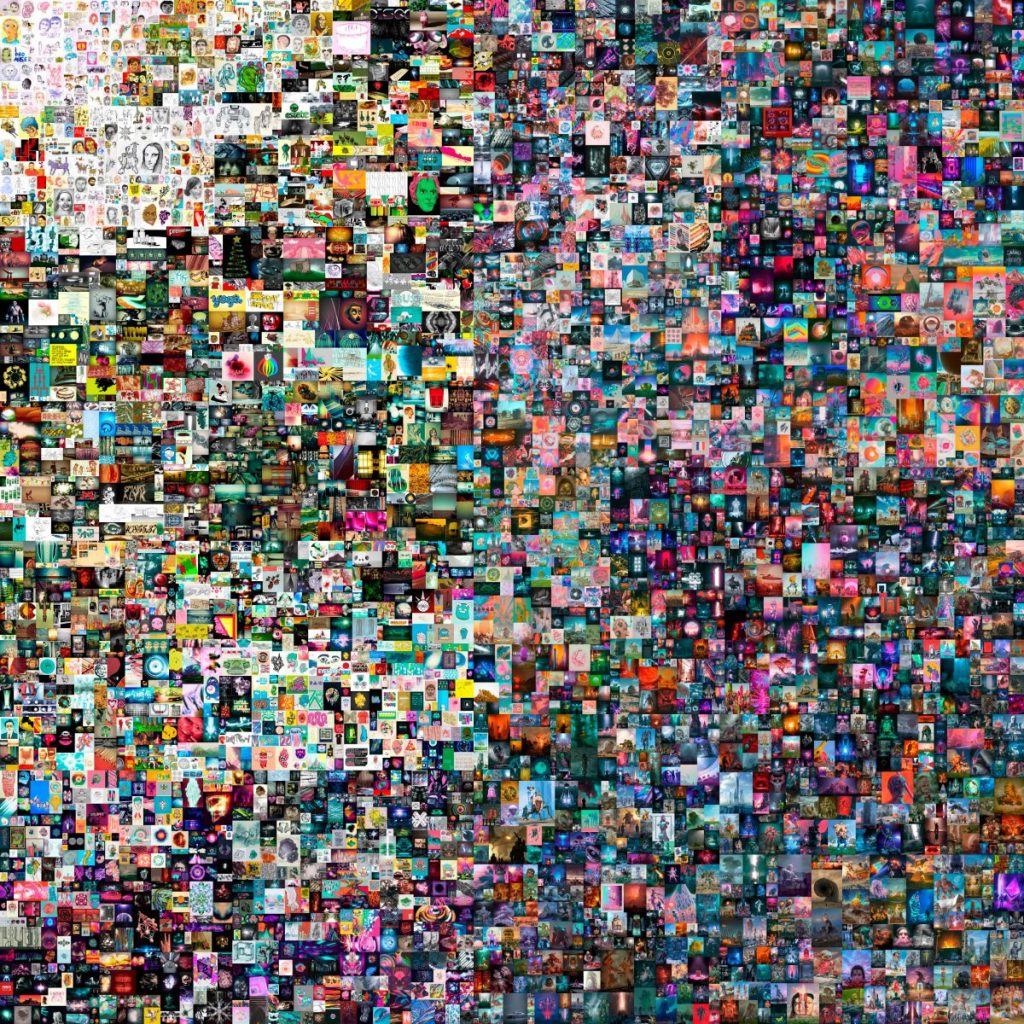 To receive Morning Links in your inbox every weekday, sign up for our Breakfast with ARTnews newsletter.
The Headlines
THIS WHOLE NFT THING IS REALLY HEATING UP. As you may have heard, an NFT of a digital collage by the artist known as Beeple just sold for $69 million via Christie’s. Yes, “someone really spent $69 million on this nice JPG,” as Vulture said. Some 22 million people watched the action  online. “What’s happening now is there is a mad scramble by the traditional art world . . . to understand really what it is that we’re looking at,” an art consultant told Forbes. The winning bidder acquired “essentially a long string of numbers and letters,” Christie’s art specialist Noah Davis explained to CNBC. Do NFT buyers own the work? “Sort of,” the New York Times offered in a primer . “The buyer of an NFT will not necessarily acquire a copyright, or even sole access to a work.” As critic Dean Kissick put it (before the sale): “images and capital have become the same thing.” Curious to know more? In Art in America, Brian Droitcour has articulated the structure of NFTs and looked at some artworks that involve them.

AN ANCIENT ROMAN MOSAIC THAT ONCE ADORNED A SHIP belonging to Roman emperor Nero is now on view at the Museum of Roman Ships in Nemi, Italy, after a bizarre journey, the Associated Press reports. On the grounds that the work had been looted from the country, the Manhattan District Attorney confiscated it in 2017 from a Park Avenue apartment where it was being used as a coffee table. (Only in New York!) The story of its discovery is wild. An Italian expert on marbles, Dario Del Bufalo , included an image of the long-lost work in a book he penned, and at a 2013 event in New York, he told the Daily Beast, “I was sitting there signing books and suddenly people started saying, ‘Oh look, isn’t that Helen’s coffee table?’” The Helen in question, art collector Helen Fioratti, has said she did not know the work’s provenance when she and her husband bought it, and did not contest the seizure.
The Digest
In an investigation commissioned by the Detroit Institute of Arts about its workplace culture, some employees said they had experienced retaliation for disagreeing with leadership. [The New York Times]

Elizabeth Catlett! Beauford Delaney! Norman Lewis! The San Francisco Museum of Modern Art has received 31 works from the collection of Pamela J. Joyner and Alfred J. Giuffrida, who focus on abstract work made by Black artists. [Artnet News]
Nicole Durling is stepping down as director of collections and exhibitions at the Museum of Old and New Art in Hobart, Australia. [Ocula]
The architectural historian, teacher, and journalist Richard Ingersoll has died at the age of 72. The cause was complications from Covid-19. [Architect]
The Black Reconstruction Collective, whose members are the participants in the Museum of Modern Art exhibition “Reconstructions: Architecture and Blackness in America,” spoke with architecture critic Michael Kimmelman about their work. [The New York Times]
The Museum of Chinese in America in New York has nixed a show about the 1990s activist group Godzilla after 19 of its members withdrew from the exhibition, arguing that MOCA was not opposing the construction of a jail nearby. The museum has disputed that. [Artforum]
Photographer Pascal Greco has a new book devoted to shots of neon in Hong Kong. It’s becoming a less common sight in the city. [The Guardian]
Discoveries in an unearthed tomb in Spain that dates to the Bronze Age are causing researchers to rethink gender dynamics during the era. [The New York Times]
The Kicker
THE ARTIST OTIS HOUSTON JR. HAS MADE HIS NAME by presenting inimitable performances and spray-painted text works along the FDR Drive in Manhattan for many years. The artist Sarah Braman is a fan, and said in a 2018 ARTnews profile of Houston that his messages are “confounding and moving, and maybe upsetting or delightful.” One of his latest reads, “Took the vaccine shot. Fully alive. 😃” (It’s even better as an actual artwork. Have a look.) Houston’s latest show opens Sunday at the Gordon Robichaux gallery in Manhattan.
Thank you for reading. We’ll see you on Monday.