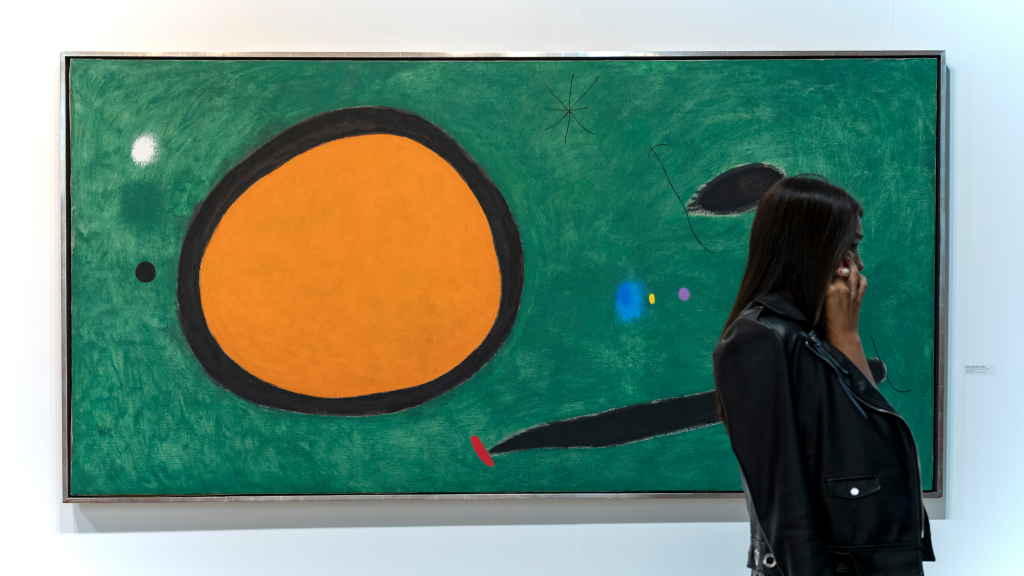 In Goethe’s 1810 treatise on color he wrote, “red-yellow gives an impression of warmth and gladness.” He added that “the feelings they excite are quick, lively, aspiring.” His idea that visual attributes, like color and form, cause universal responses in viewers has influenced art theory ever since.
But a study published earlier this year in the PLOS ONE journal contested the idea that everyone experiences the same emotions when viewing abstractions. To test that theory, participants were asked to observe reproductions of three abstract artworks: Wassily Kandinsky’s Untitled (1934), Joan Miró’s Untitled (1961), and Fritz Winter’s Siebdruck 6 (1950). The researchers who led the study found little evidence of any significant shared emotional responses to the famous paintings.

“Across image types, most terms were not agreed upon and there was no consistent pattern in which terms people agreed on,” researchers wrote. “This rebuttal of universality challenges a fundamental assumption on which both historical and contemporary discourses on art are based.”
During the study, viewers were first asked to look at the abstract paintings as a whole. Researchers then extracted each work’s elements—a black line, a red circle, a yellow square. Participants were tested on traditional terms assigned to colors in art criticism: hot and cold, heavy and light.
Single elements of the works were found to trigger more immediate, more divisive reactions than when viewers considered a painting as a whole. This led to further disagreement among participants over what the painters had been trying to communicate. The meaning of Kandinsky’s red circle, for example, provoked more varied reactions than Untitled did overall.
The researchers relied two groups of participants: one composed of art history students and another composed of people lacking any significant knowledge of art history To the researchers’ surprise, art expertise had almost nothing to do with the viewer’s experience of the work. The only affect of art education was to establish basic associations between color and emotion—associations the study concluded are often false. “Aesthetic effects are not universally shared but rather are highly determined by private evaluation,” it stated.