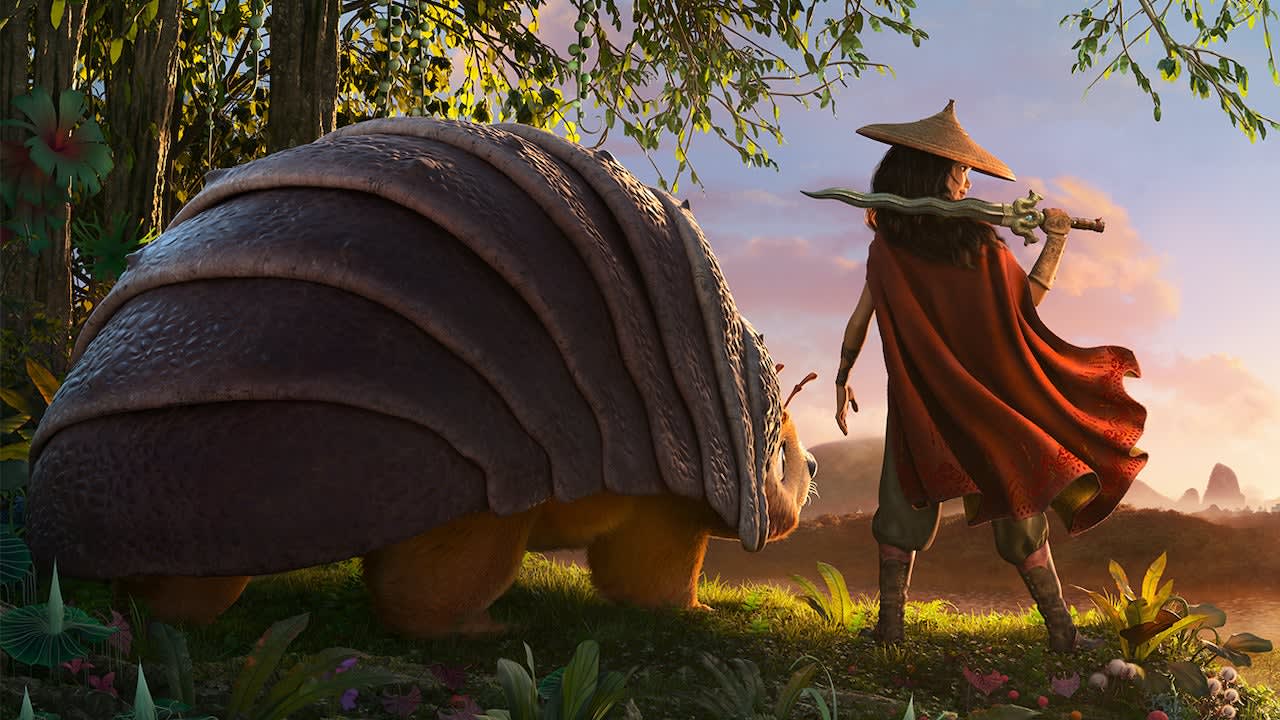 Still from “Raya and the Last Dragon.”DisneyThe box-office calendar is shifting once again. In the last day more than a dozen Hollywood titles have been displaced from the slate, moving to later in the year or into 2022, due to the Covid pandemic.Cinema owners, who in December hoped to hold out until March for a slew of new blockbuster features, are watching as Sony, Disney and MGM postpone major films.On Thursday, the latest James Bond flick, MGM’s “No Time to Die,” was pushed from April to October, Sony’s “Ghostbusters: Afterlife” was moved to November, and Sony’s “Morbius” and “Uncharted” exited to 2022. On Friday, Disney shifted a half-dozen films, including “The King’s Man,” later into the year or removed them from the calendar entirely.The few films that remain in February and March are tied to streaming releases. AT&T/Warner Bros.’ “Tom and Jerry” heads to HBO Max and theaters on Feb. 26, Disney’s “Raya and the Last Dragon” will debut in theaters and on Disney+ for $30 on March 5, and AT&T/Warner Bros.’ “Godzilla v. Kong” hits HBO Max and cinemas on March 26.Lions Gate’s “Chaos Walking” is the only major film release without a day-and-date streaming plan.”[Warner Bros.] made the right move all along,” said Jeff Bock, senior analyst at Exhibitor Relations. “They may have not cleared it through the proper channels, and may have ruffled some feathers in the process, but make no mistake, WB is the only studio other than Disney that is really bolstering itself and theaters simultaneously in a way that is safe and responsible.”The U.S. is recording at least 187,500 new Covid-19 cases and at least 3,050 virus-related deaths each day, based on a seven-day average calculated by CNBC using Johns Hopkins University data.While President Joe Biden has promised to expedite vaccines across the country, only around 17.5 million doses have been administered so far.Studios are worried that continued increases in coronavirus cases will keep moviegoers away from cinemas even with new titles playing on big screens. Many of these films have large production budgets and rely on strong ticket sales to break even.However, studios that have streaming services have a safety net, Bock said. For Warner Bros. the dual release in theaters and on HBO Max allows it to bolster subscriber sign-ups and make money from ticket sales.It’s unclear how successful that strategy has been, as “Wonder Woman 1984” is, so far, the only Warner Bros. film to be released in this fashion. AT&T is set to report quarterly earnings next week, so analysts will likely get a better sense of how the film performed for the company then.Disney’s release of “Raya and the Last Dragon” is also a first. Previously, the company had released “Mulan” on Disney+ for a $30 premium but did not release it in theaters at the same time. Disney has yet to comment on how “Mulan” performed for the company.”It’s going to be tough sledding for theaters,” Bock said. “[They] will have to rely on indie distributors until at least May.”Disclosure: NBCUniversal is the parent company of Universal Studios and CNBC. Universal is releasing “No Time To Die” internationally, while MGM handles the domestic release.

Biden signs order requiring travelers wear masks on planes and at airports as pandemic rages
The $1 billion Mega Millions jackpot has a winner
To Top
error: Content is protected !!