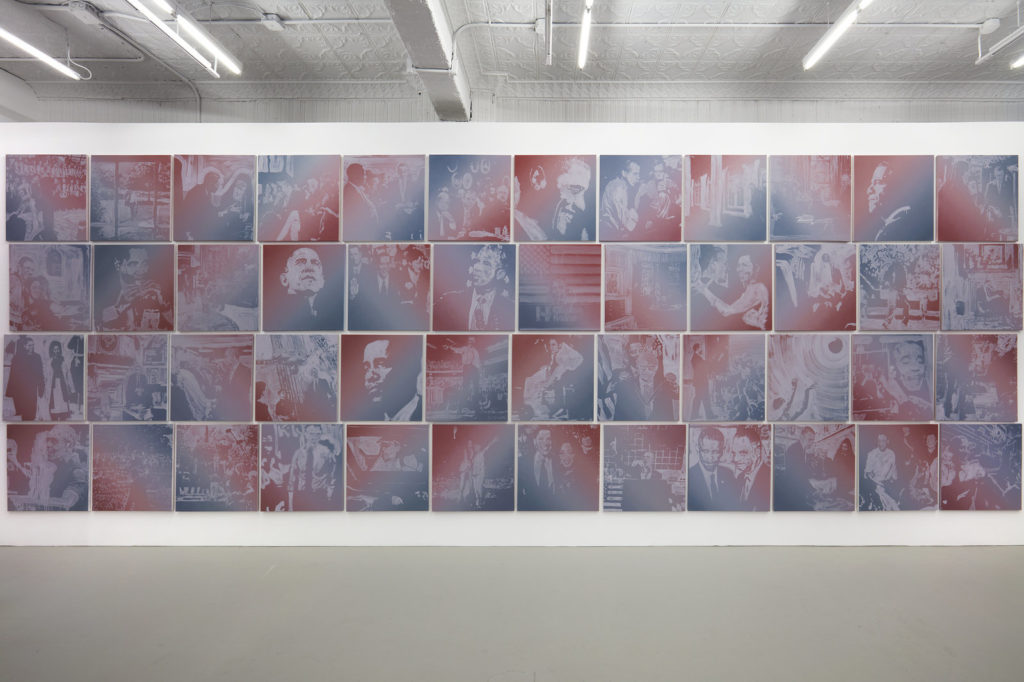 For a new exhibition in Chicago, a former U.S. president is taking center stage.

Starting today, the Rebuild Foundation’s Stony Island Arts Bank, an art space situated in a former bank that artist Theaster Gates purchased from the City of Chicago for $1 in 2015, is hosting an exhibition of Rob Pruitt’s “Obama Paintings.” For the series, which Pruitt began in 2009, during Barack Obama’s first term in office, the artist painted one picture of the president each day. By January 20, 2017, Pruitt had painted 2,922 canvases, each of them rendered in red, white, and blue tones. The works were memorably shown in New York in 2016 at Gavin Brown’s Enterprise.

That the exhibition is held at Stony Island Arts Bank is significant. The space is one mile from the Obama Presidential Center, and it previously acted as the site of a meeting of Obama Foundation fellows last May.

“What feels great is to have these paintings come to Chicago, which is where Obama began his life of public service, in the very community where the Stony Island Arts Bank is,” Pruitt told ARTnews in a phone interview from the Windy City. “It feels meaningful, because know the people who walk through the door, the people that are part of the community, will give another wave of life to the paintings. . . . The paintings weren’t made here, but in a way, it feels like a homecoming.”

The foundation is planning to collaborate once again with the Stony Island Arts Bank, this time contributing programming to the Pruitt show. As part of the exhibition, the foundation will debut a digital archive of materials related to the Obamas that were collected by residents of Chicago’s South Side neighborhood, where the Stony Island Arts Bank is situated. There will also be a talk with Pruitt and Louise Bernard, the director of the Obama Presidential Museum, this Saturday.