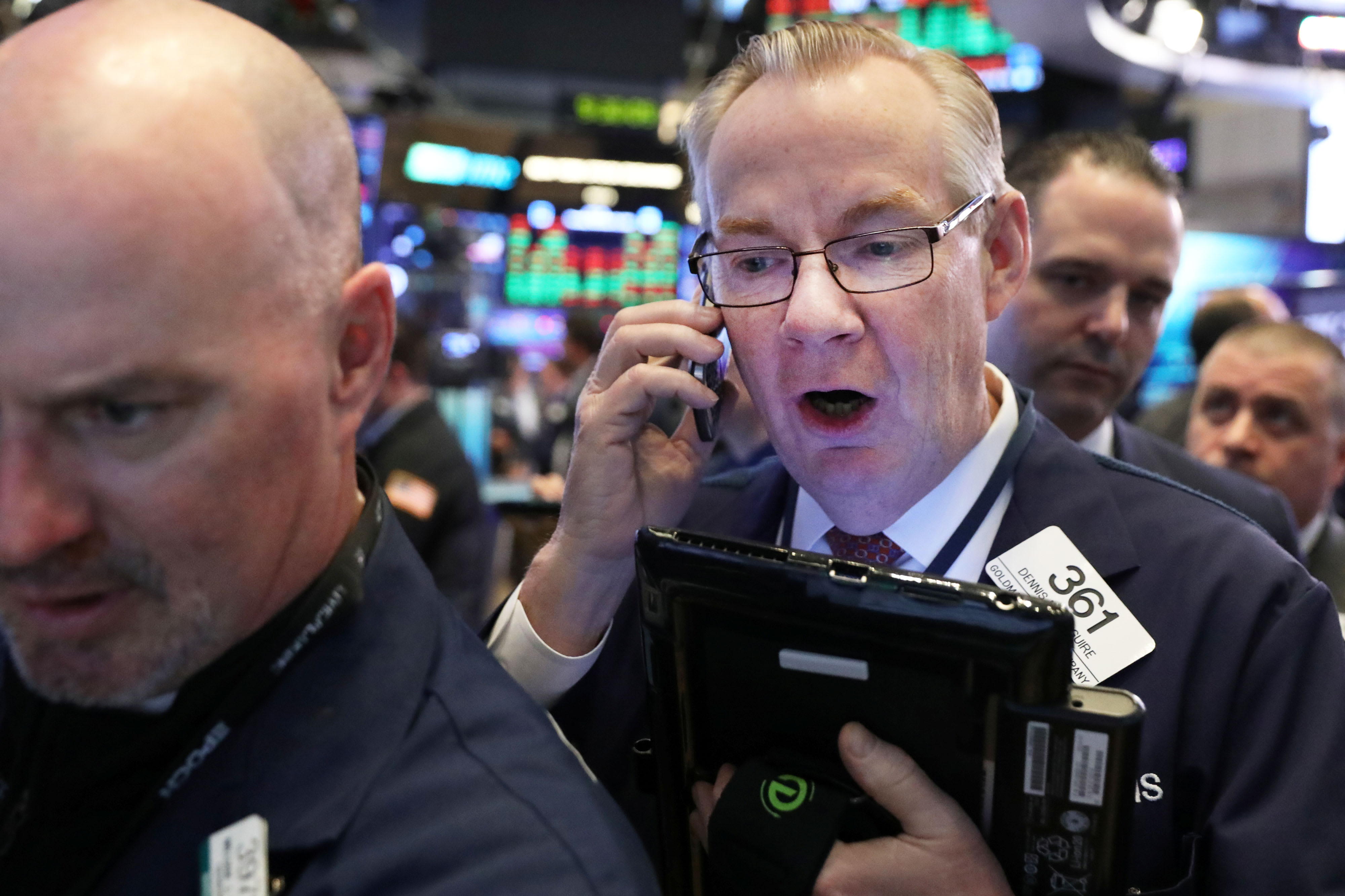 Brendan McDermid | ReutersCheck out the companies making headlines midday Monday:Devon Energy, Marathon Oil, Exxon Mobil, Chevron — Energy stocks surged after a drone strike attack wiped out about half of Saudi Arabia’s daily crude production. The attack sent oil prices skyrocketing more than 14% while the broader stock market fell. Devon and Marathon Oil rose 12.2% and 11.6%, respectively. Exxon and Chevron both gained more than 1%.Uber, Lyft — An analyst at HSBC upgraded the two ride-sharing services to buy from hold, noting that regulatory concerns are priced in, “whilst we continue to see a lot of optionality around product improvements for both Uber and Lyft.” Uber rose 3.6% while Lyft climbed 3.7%.Raytheon — Raytheon shares rose 2.7% after a J.P. Morgan analyst upgraded the defense giant to overweight from neutral. The analyst said there is “upside” to the company’s valuation.Zoom Video Communications — The video-conferencing company’s stock rose 2.3% after an analyst at Baird initiated it with an outperform rating. “We acknowledge the premium valuation, but believe that is justified by the industry-leading growth, estimate upside potential, strong profitability and significant Zoom Phone potential,” according to the analyst.Aurora Cannabis — An analyst at Stifel downgraded the Canadian cannabis company to sell from hold, sending the stock down more than 8%. “We believe Aurora’s financing efforts will be challenged against the backdrop of overwhelmingly negative investor sentiment towards the sector, damaged credibility, and limited catalysts near-term to drive enthusiasm for the shares,” said the analyst.New Relic — Shares of the software company dropped as much as 14.1% after a cut in revenue guidance. The company said it expects fiscal-year revenue to range between $586 million and $593 million. New Relic had issued guidance ranging between $600 million and $607 million.General Motors — General Motors dropped 4.3% after about 48,000 United Auto Workers union members went on strike after contract talks with the auto giant broke down. This is the first time the union declared a strike at GM in about 12 years.

Are Beyond Meat’s burgers healthier than red meat? Dietitians say no.