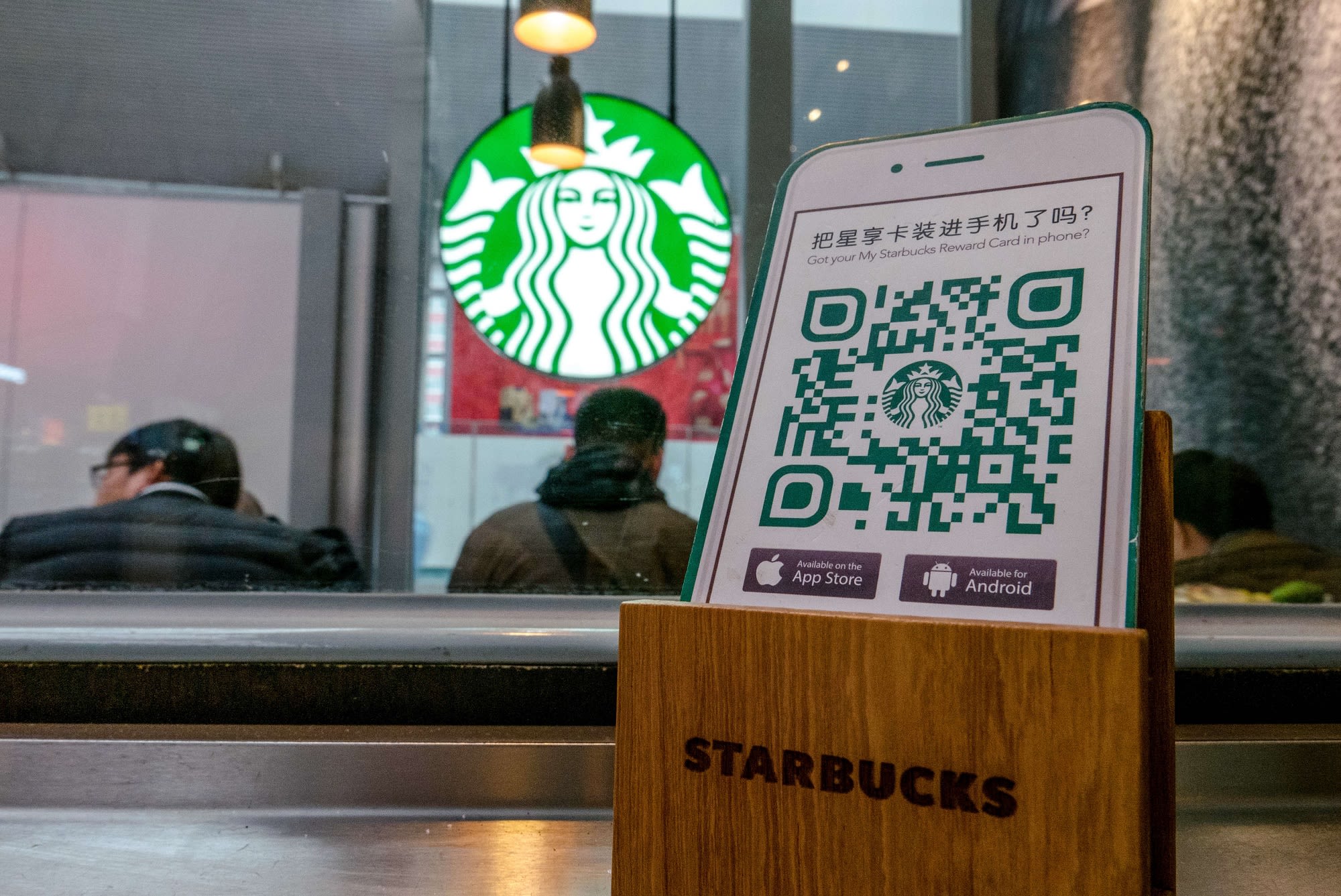 Starbucks is licensing its mobile and loyalty program technology in a deal that will give global franchisees the chance to offer the Starbucks mobile app to customers.

The coffee chain will take an equity stake in restaurant tech company Brightloom, formerly known as Eatsa, and receive a seat on the company’s board in exchange for giving Brightloom a license to some of Starbucks’ software.

Once the software from Starbucks is integrated into its system, Brightloom plans to provide its technology platform to other restaurant companies and operators of licensed Starbucks stores.

Out of Starbucks’ 70 global markets, less than half have the Starbucks mobile app. Only eight have mobile order and pay. In the United States, roughly 40% of transactions come from Starbucks’ mobile app-based loyalty program. Customers who order online increase their spending by 20%, according to data compiled by Deloitte.

Alshaya Group and Alsea, two of Starbucks’ overseas licensees, also chipped in to Brightloom’s $30 million funding round, which was also announced on Monday. Alshaya operates stores across the Middle East, North Africa and Russia, while Alsea runs stores in Latin America and Europe.

“The results we’ve seen in customer loyalty and frequency within our digital ecosystem speak for themselves, and we’re excited to apply these innovations toward an industry solution that elevates the customer experience across the restaurant industry,” Starbucks CEO Kevin Johnson said in a statement.

Prior to joining Starbucks, Johnson served as CEO of tech company Juniper Networks and as an executive at Microsoft. Since taking over as chief executive, he has pushed Starbucks into delivery and increased its digital engagement with customers.

Earlier this year, the coffee chain committed $100 million to Valor Siren Ventures Fund, a venture capital fund that gives Starbucks the first look at food and retail start-ups. The Brightloom deal is not connected to the fund.

Brightloom, which changed its name from Eatsa on Monday, began as a San Francisco restaurant that dispensed quinoa bowls to customers through high-tech cubbies, in a modern-day version of automats from the 1940s and 1950s. After expanding too quickly, the company shuttered its restaurants and pivoted to selling its tech to other restaurants in 2017.

Brightloom CEO Adam Brotman, who took the reins three months ago, has his own tie to Starbucks. He served as the chain’s chief digital officer before moving into global retail operations. He left in 2018 to serve as co-CEO and chief experience officer at clothing retailer J. Crew.

Brotman said in an interview that the vision for Brightloom is to offer any restaurant — from small independent eateries to massive chains — the same quality technology as Starbucks, which he said “formed the gold standard in digital platforms.”

Other restaurant chains have turned to deals as technology becomes more important to the industry.

In March, McDonald’s made its largest acquisition in more than two decades — and its first in a tech company — when it announced its acquisition of personalized data start-up Dynamic Yield. Shortly after, the fast-food giant took a minority stake in mobile app vendor Plexure in a deal that restricts the company from working with orders in the fast-food industry.