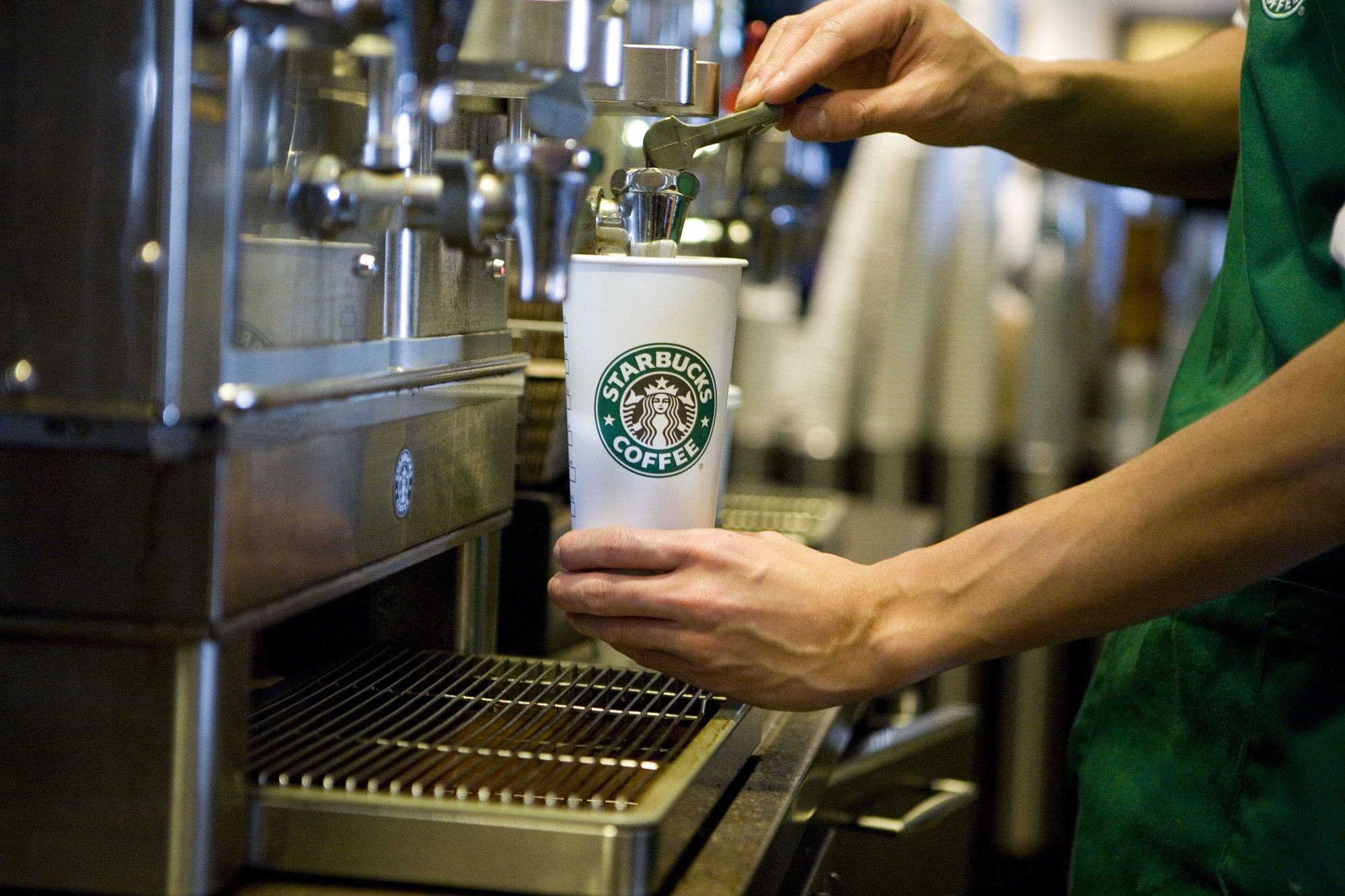 Starbucks raised its full-year earnings and revenue forecast Thursday after more customers returned to cafes in the U.S. and China for pricier drinks.

Shares of the company jumped 6.5% in extended trading. The coffee chain’s stock, which has a market value of $110.2 billion, is up 41% so far this year.

“Our two targeted long-term growth markets, the U.S. and China, performed extremely well across a number of measures as a result of our focus on enhancing the customer experience, driving new beverage innovation and accelerating the expansion of our digital customer relationships,” CEO Kevin Johnson said in a statement.

Sales at U.S. stores open at least a year grew by 7%, driven by 3% traffic growth after several quarters of struggling to improve traffic. Analysts were predicting U.S. same-store sales growth of 4.4%. More customers were visiting cafes during all times of the day, including the afternoon. Starbucks has been trying to drive customers to its stores later in the day with promotions like Happy Hour.

“We know a lot more about our customers now, and it’s really fueling what we have in the pipeline for beverage innovation,” COO Roz Brewer told analysts on the conference call.

The coffee giant revamped the program in April, adding more options for redemption and trying to incentivize customers to join. The program drives customers to spend more and come back more frequently, Johnson said.

On Monday, Starbucks announced an equity stake in restaurant tech company Brightloom, formerly known as Eatsa. The deal means that Starbucks’ global franchisees will soon have the chance to offer Starbucks’ mobile app to customers.

Despite concerns about slowing economic growth in China and increased competition from Luckin Coffee, Starbucks reported same-store sales growth of 6% in the country during the quarter, with 3% more transactions. The company launched mobile order and pay in the country during the third quarter, as well as a line of cocktail-inspired cold drinks for the summer in April.

Luckin, which went public on the Nasdaq in May, has faced skepticism from analysts about its ability to reach profitability due to its rapid expansion and deep discounting.

Starbucks opened 442 net new stores in its third quarter. Roughly a third of those new stores are in China, where Luckin is trying to overtake its American competitor by opening new locations at a rapid pace.

The company did cut its forecast for net new stores by 100 locations. It now expects to open 2,000 this year after reducing the number of stores it expects to open in Europe, the Middle East and Africa. Its outlook for new stores in the Americas and China, its two biggest markets, remains unchanged.

Some of Starbucks’ new Chinese stores will be an express format, meant to improve convenience for the customer. Luckin’s stores are primarily smaller format to accommodate customers who want to pick up their coffee and go. Delivery will inform Starbucks’ decisions on where to put its new stores in China, Johnson said.

Starbucks has a partnership with e-commerce giant Alibaba to deliver drinks across 2,900 stores in China. Executives said that delivery results in higher receipt totals. Its U.S. delivery business is further behind, but the company said it will take delivery nationwide with Uber Eats by early 2020. The chain currently delivers its coffee in 11 markets.

“China is sort of a native delivery market versus the U.S. However, we have seen enough encouragement to go through a national launch,” Brewer said.