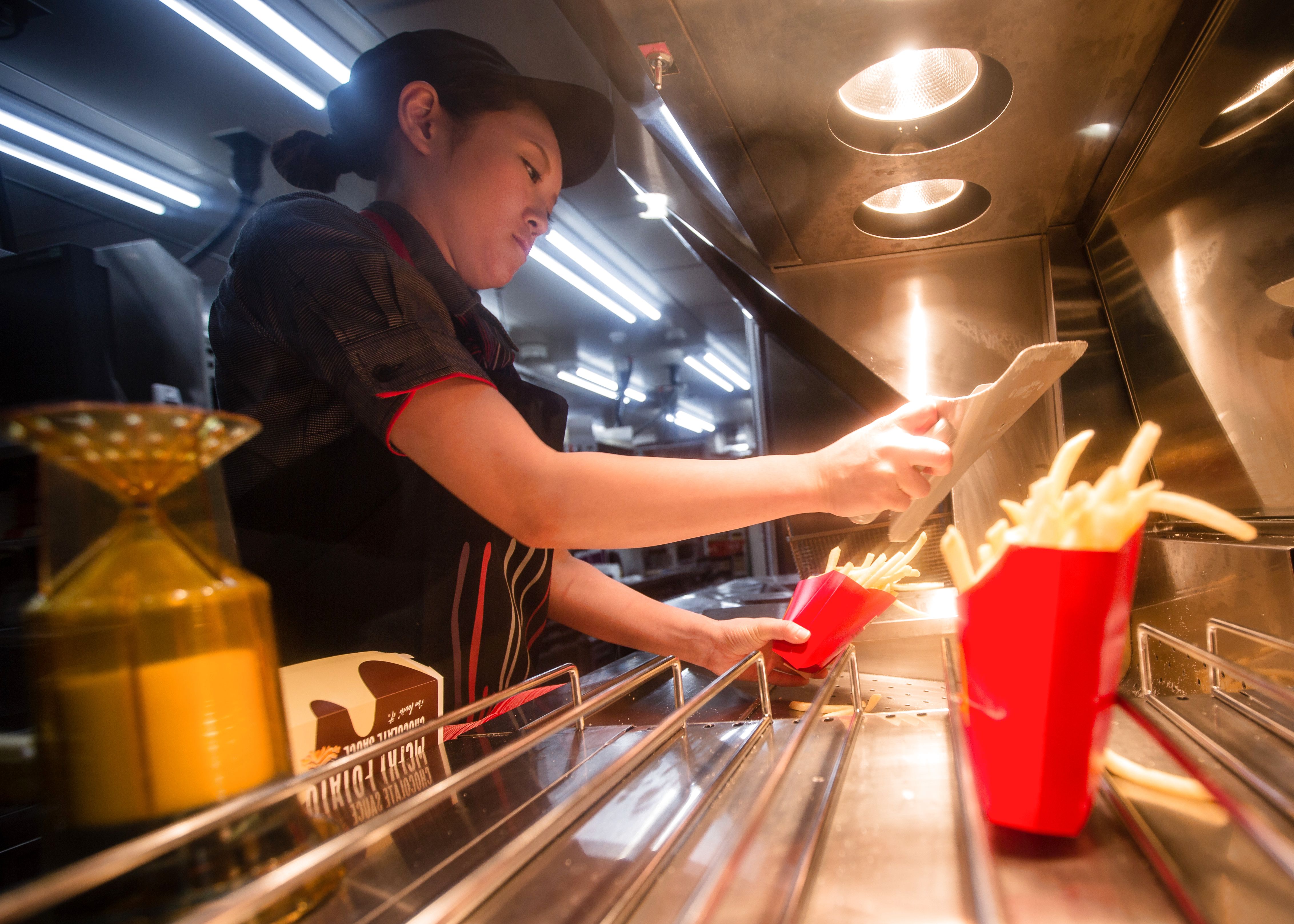 McDonald’s will be reporting earnings before the bell Friday.

The company’s stock, which has a market value of more than $165 billion, is up 20% so far this year.

Here’s what Wall Street is expecting, according to analysts surveyed by Refinitiv:

The Chicago-based company has been trying to integrate more technology into its business with self-order kiosks, delivery and drive-thru menus that use artificial intelligence. During the previous quarter, McDonald’s announced deals with Dynamic Yield and Plexure. Dynamic Yield’s machine learning technology was already integrated into 700 drive thrus by the end of April.

As part of its push to reach the modern consumer, the fast-food giant said earlier this month that it’s adding DoorDash as a delivery partner, ending its exclusivity with UberEats. The move will expand McDonald’s delivery footprint and could boost its delivery sales. Chris Kempczinski, McDonald’s U.S. head, told reporters at a media event in May that delivery orders only make up about 2% to 3% of its business.

McDonald’s has been scaling down its menu this year to speed up service times. It discontinued its line of premium burgers, scaled back its late-night menu and told franchisees they can trim their all-day breakfast offerings.

Still, during its second quarter it launched Worldwide Favorites, a limited-time offering of four international food items including the Stroopwafel McFlurry. And it is facing pressure to add even more to its menu. U.S. franchisees want a chicken sandwich that can compete with that of Chick-fil-A, and consumers are asking for a meatless burger like Burger King’s Impossible Whopper.