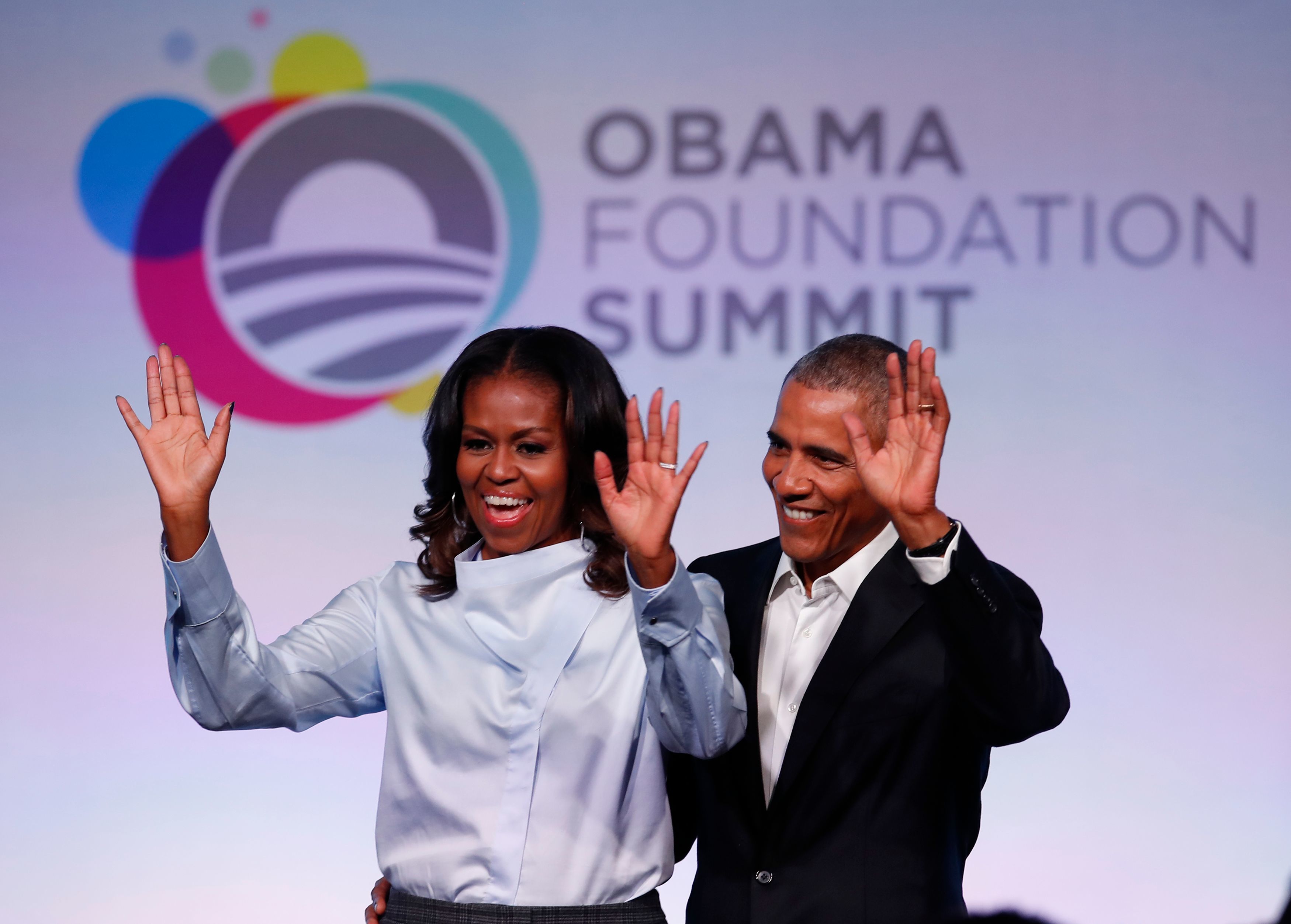 Former US President Barack Obama and his wife Michelle arrive at the Obama Foundation Summit in Chicago, October 31, 2017.

The Obamas are getting into the podcasting business, and Spotify has the exclusive rights.

Spotify announced Thursday that it has signed a partnership deal with Barack and Michelle Obama’s production company, Higher Ground, to produce podcasts that will be available only on its streaming platform.

The deal comes on the heels of a similar agreement between Higher Ground and Netflix that will see the former first couple producing movies and television shows for the Hollywood streamer.i

As with the Netflix deal, the Obamas will produce and develop storytelling ideas that aim to inspire people and give voice to underrepresented people, rather than shows that engage directly with politics or the Trump administration.

“We’ve always believed in the value of entertaining, thought-provoking conversation,” Barack Obama said in a press release. “It helps us build connections with each other and open ourselves up to new ideas. We’re excited about Higher Ground Audio because podcasts offer an extraordinary opportunity to foster productive dialogue, make people smile and make people think, and, hopefully, bring us all a little closer together.”

As with Netflix, the Obamas have found a global platform in Spotify that will give them significant reach. The streaming service boasts 217 million users, including more than 100 million who subscribe to Spotify Premium.

“We’re thrilled to have the opportunity to amplify voices that are too often ignored or silenced altogether, and through Spotify, we can share those stories with the world,” Michelle Obama said. “Our hope is that through compelling, inspirational storytelling, Higher Ground Audio will not only produce engaging podcasts, but help people connect emotionally and open up their minds — and their hearts.”

The deal with the Obamas is a major win for Spotify, too, especially as the podcast industry grows and the fight for rights to premium shows and creators becomes more contentious.

“President Barack Obama and Michelle Obama are two of the world’s most important voices, and it is a privilege to be working with them to identify and share stories that will inspire our global audience, which looks to Spotify for unique, breakthrough content,” said Spotify’s chief content officer, Dawn Ostroff.

Data breaches like Capital One show need for ‘zero trust’