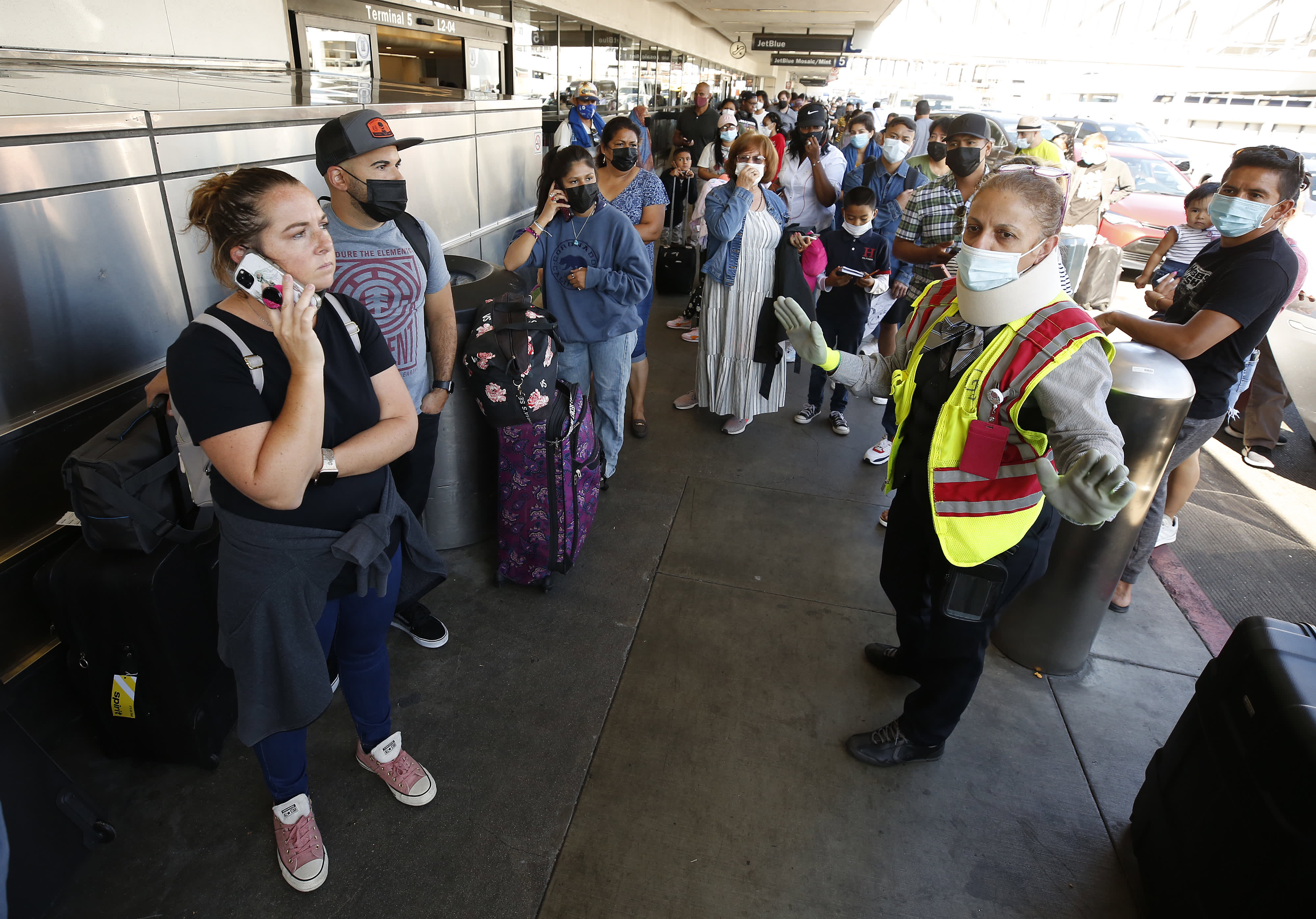 A customer service agent tries to calm passengers as they form a line that extends outside LAX Terminal 5 Tuesday morning as Spirit Airlines has canceled 313 flights on Monday, 40% of its scheduled flights, and 210 flights have been delayed.Al Seib | Los Angeles Times | Getty ImagesSpirit Airlines canceled half of its flights on Wednesday, in an effort to “reboot” its operation after a wave of disruptions that started over the weekend due to a mix of bad weather, staffing shortages and technology problems.Spirit has canceled more than 1,000 flights since Sunday and hundreds more were delayed.Furious customers complained on social media about the cancellations and difficulty reaching customer service agents. Some tweeted images of long lines at airports and travelers lying on the floor near gates.Spirit said the disruptions were “exacerbated” by the surge in summer travel, which rebounded from the pandemic faster than airline executives expected.  Fuller flights mean fewer options to rebook guests, the carrier said.”The last three days were extremely difficult for our Guests and Team Members, and for that we sincerely apologize,” Spirit said in a statement.More than 340 flights, half of its daily schedule, were canceled Wednesday, according to flight-tracking site FlightAware.Airlines sometimes scrub large numbers of flights to avoid further disruptions and get employees and planes into the right place to resume flights.Spirit said it expects cancellations to “progressively drop” in the days to come.American Airlines this week also canceled hundreds of flights that kicked off with hours of severe weather that included high winds, lightning and hail that hit Dallas/Fort Worth International Airport, its largest hub.On Wednesday, its operation appeared to improve, with about 100 cancellations, roughly 3% of the operation, down from 12% of canceled flights on Tuesday.Spirit said it would learn from the meltdown.”By taking an in-depth look at the challenges we’re facing, we have identified opportunities for improvement that will help us operate a more resilient network and better serve our Guests,” it said in a statement.Thunderstorms complicated Spirit’s efforts to recalibrate on Wednesday. Gate and taxi delays at Spirit’s main base in Fort Lauderdale, Florida topped an hour, according to the Federal Aviation Administration.