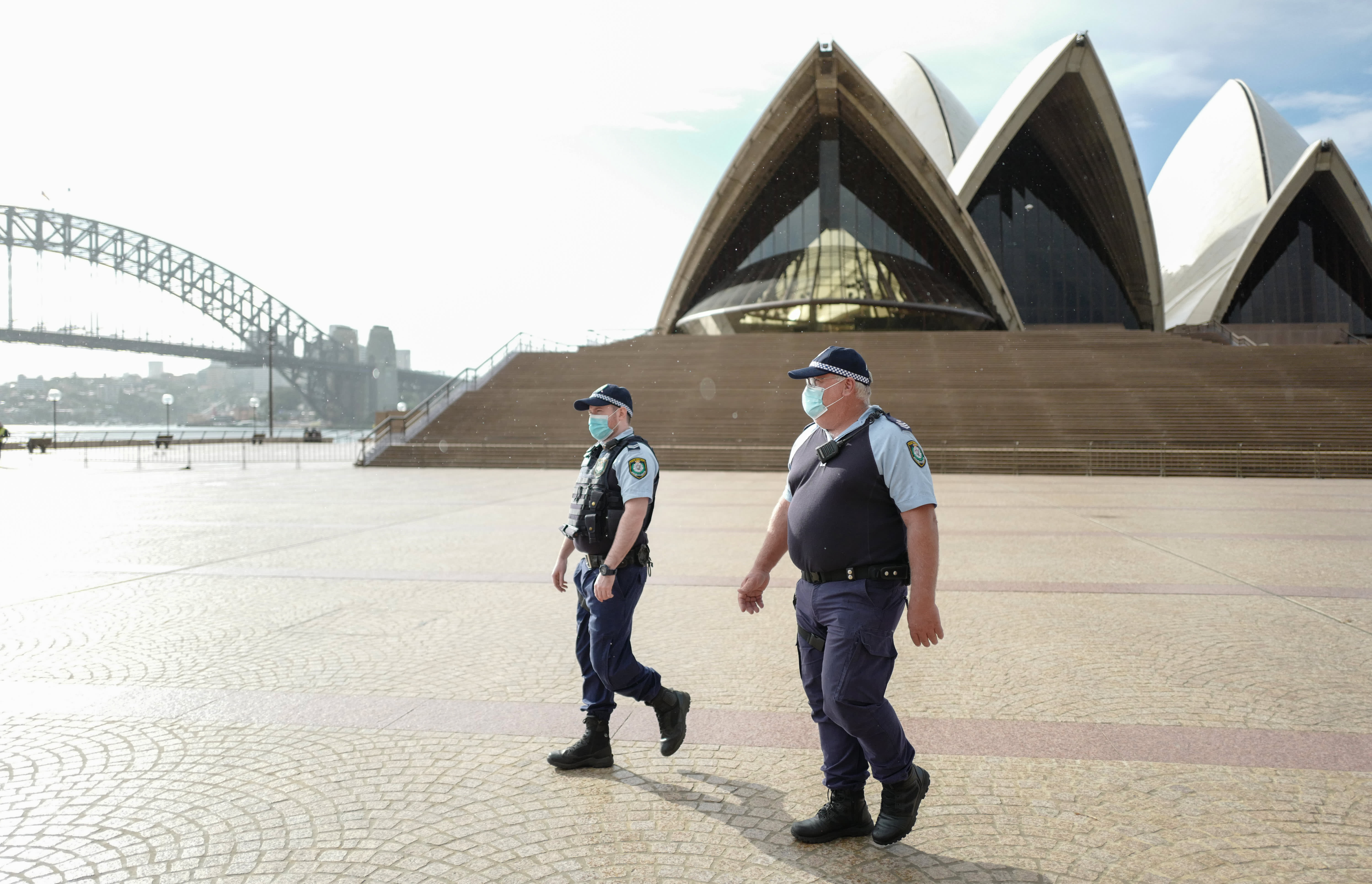 Police officers on patrol at the Opera House on July 11, 2021 in Sydney, Australia.James D. Morgan | Getty ImagesMore Australians need to be vaccinated before the country sets up travel bubbles and lets international students in.Australia has closed its doors to the outside world since March 2020, and even barred its own citizens from returning home from India this past May.Australia’s trade minister, Dan Tehan, told CNBC that relaxing border restrictions and letting foreign students back into the country are still “very much part of the roadmap as we come out of this virus.””Obviously, we need to get the vaccination rates up. And once we continue to get the vaccination rates up, we will look at quarantining arrangements,” he said on “Squawk Box Asia” on Tuesday.Tehan added that South Australia will begin rolling out a trial of home quarantining. This trial is set to take place in September for two weeks and Prime Minister Scott Morrison said it could pave the way for Australians to be allowed to leave the country and return, local media reported.Australia has been criticized for its slow vaccine rollout, with only 15.3% percent of its population fully vaccinated as of Aug. 1, according to Our World in Data. Last week, local media reported that Morrison said the country needs to inoculate 80% of its population before reopening borders.Once vaccination rates go up, Australia will look at letting more groups of people in, according to Tehan.”So we will look to be able to lift the caps which will enable more Australians to be able to return home and then also look at ways that we can bring in international students. Then we can bring in foreign workers, then we can bring in the business people who are wanting to conduct business here in Australia,” he said.Travel bubble plans Its biggest city, Sydney, has been fighting a resurgence of the virus, as cases hit a record high last week and the military was called in to enforce restrictions. Sydney last week extended its lockdown — which started in late June — by another four weeks as the delta variant continued to spread.Still, Tehan said Australia is “very keen” to set up travel bubbles with countries that have managed the virus well like Singapore, Japan and South Korea.”That’s still the plan. Obviously, we’re in a pandemic. So, the plan can be adapted and continue to change, but … that’s what we’re looking at. We want to be able to open up, and open up with those countries based on the medical advice, when we know it’s safe to do so,” he said.

Delta CEO says it’s difficult to mandate Covid vaccines to fly in U.S. that aren’t fully approved
Spirit Airlines cancels half of its flights to ‘reboot’ operation, vows to learn from disruptions
To Top
error: Content is protected !!