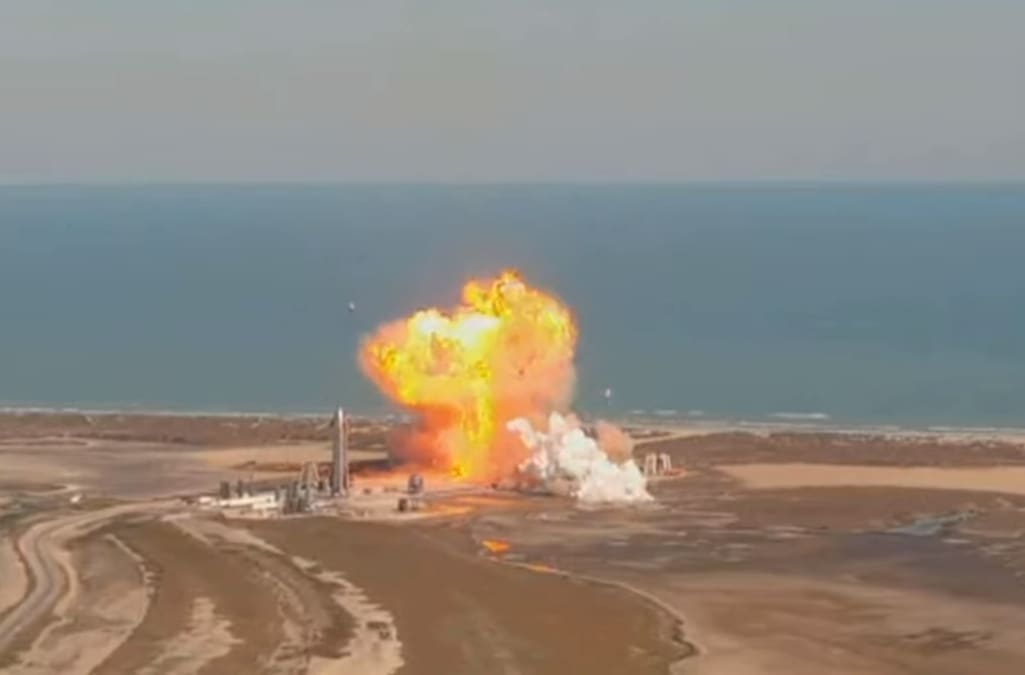 The latest prototype of SpaceX’s next-generation Starship rocket launched successfully on Tuesday but exploded on impact during an attempted landing after the company’s latest development test flight.Starship prototype Serial Number 9, or SN9, aimed to fly as high as 10 kilometers, or about 32,800 feet altitude. The flight was similar to the one SpaceX conducted in December, when it launched prototype SN8 on the highest and longest flight to date.But, like the SN8 flight, while the rocket flew successfully, it did not stick the landing on its return.”We had, again, another great flight up … we’ve just got to work on that landing a little bit,” SpaceX principal integration engineer John Insprucker said on the company’s webcast of the flight.The rocket prototypes are built of stainless steel, representing the early versions of the rocket that CEO Elon Musk unveiled last year. The company is developing Starship with the goal of launching cargo and as many as a 100 people at a time on missions to the moon and Mars.CEO Elon Musk pivoted the company’s attention to Starship in May, after SpaceX successfully launched its first astronaut mission. He’s deemed Starship the company’s top priority, declaring last year in an email obtained by CNBC that the development program must accelerate “dramatically and immediately.”Starship prototype rockets SN9 (right) and SN10 on launchpads at the company’s development facility in Boca Chica, Texas.SpaceXMusk previously said that Starship could potentially fly people in 2020, but he’s since acknowledged that the rocket still has many milestones, including “hundreds of missions,” to go before that happens.Multiple prototypes are being built simultaneously at SpaceX’s growing facility in Boca Chica, Texas, with its SN10 rocket already rolled out to a second launchpad nearby. While SpaceX’s fleet of Falcon 9 and Falcon Heavy rockets are partially reusable, Musk’s goal is to make Starship fully reusable — envisioning a rocket that is more akin to a commercial airplane, with short turnaround times between flights where the only major cost is fuel.Starship prototype SN9 stands on the launchpad at sunset at SpaceX’s development facility in Boca Chica, Texas.SpaceXSubscribe to CNBC PRO for exclusive insights and analysis, and live business day programming from around the world.