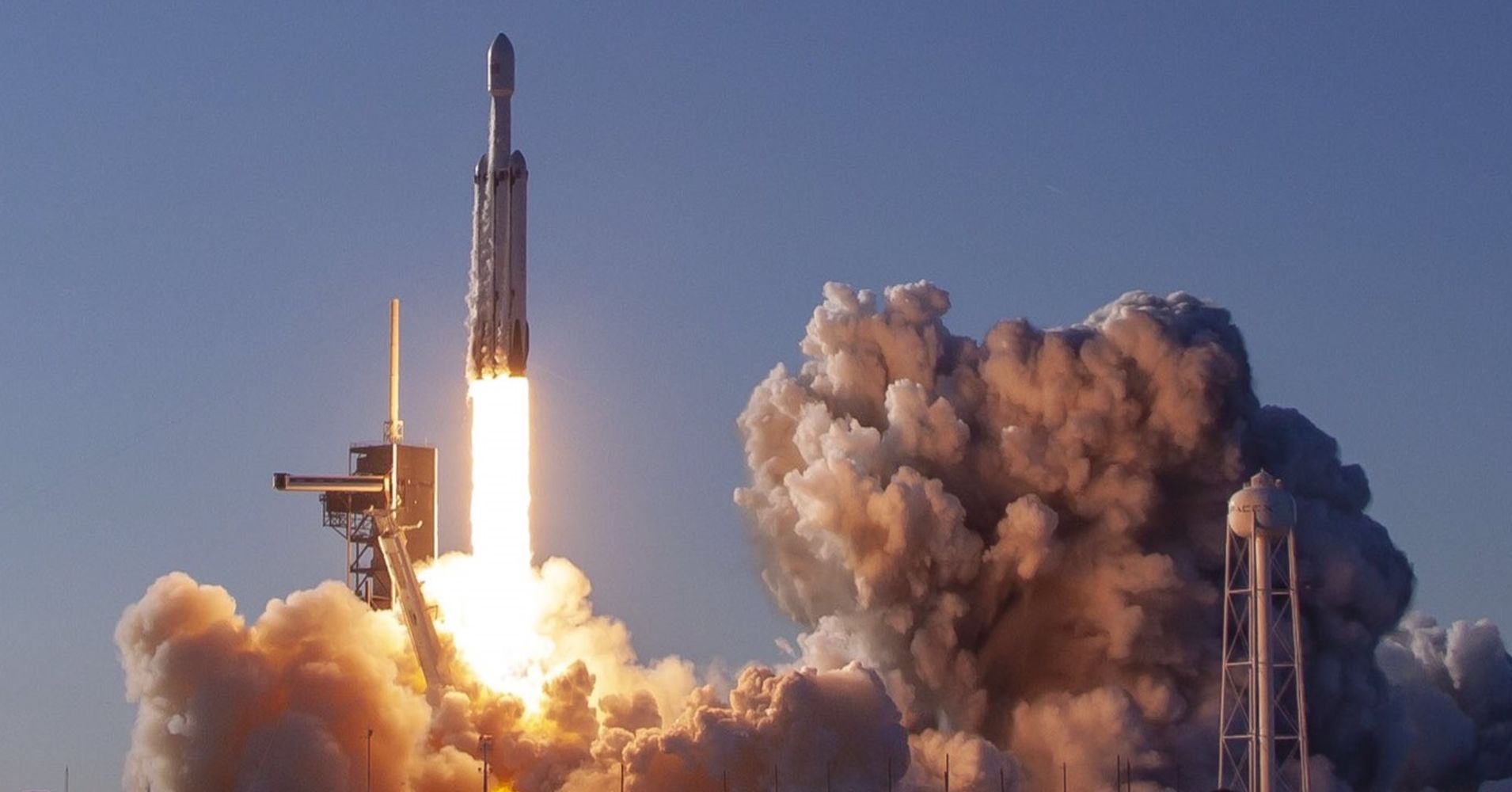 Falcon Heavy ranks as the most powerful rocket in the world, with 27 engines creating 5.1 million pounds of thrust – the equivalent of about 18 Boeing 747 aircraft combined. For all the rocket’s gusto, however, the question of whether Falcon Heavy would succeed in both winning contracts and launching valuable payloads remained. Falcon Heavy was unveiled in 2011 and, following development delays, Kim said “critics were thinking: ‘When will revenue truly be generated?'”

The maiden launch did not carry a paying customer, but rather launched SpaceX CEO Elon Musk’s car into orbit around the sun. The demonstration flight was enough for a few customers to sign on. Over the past year, the manifest of Falcon Heavy grew to five contracted missions. Two of those launch contracts came from the Air Force, showing key support from a customer with likely the world’s highest rocket standards.

So until Falcon Heavy’s launch on Thursday, Musk’s company had yet to deliver on the money it had been paid for the rocket. That, more than anything, set the second flight of Falcon Heavy apart, Kim believes.

“Revenue creation is so important because it confirms that there are buyers out there,” Kim said.

Episode IX’s title is ‘The Rise of Skywalker”
Analysts don’t know what to make of Uber’s $100 billion valuation
To Top
error: Content is protected !!