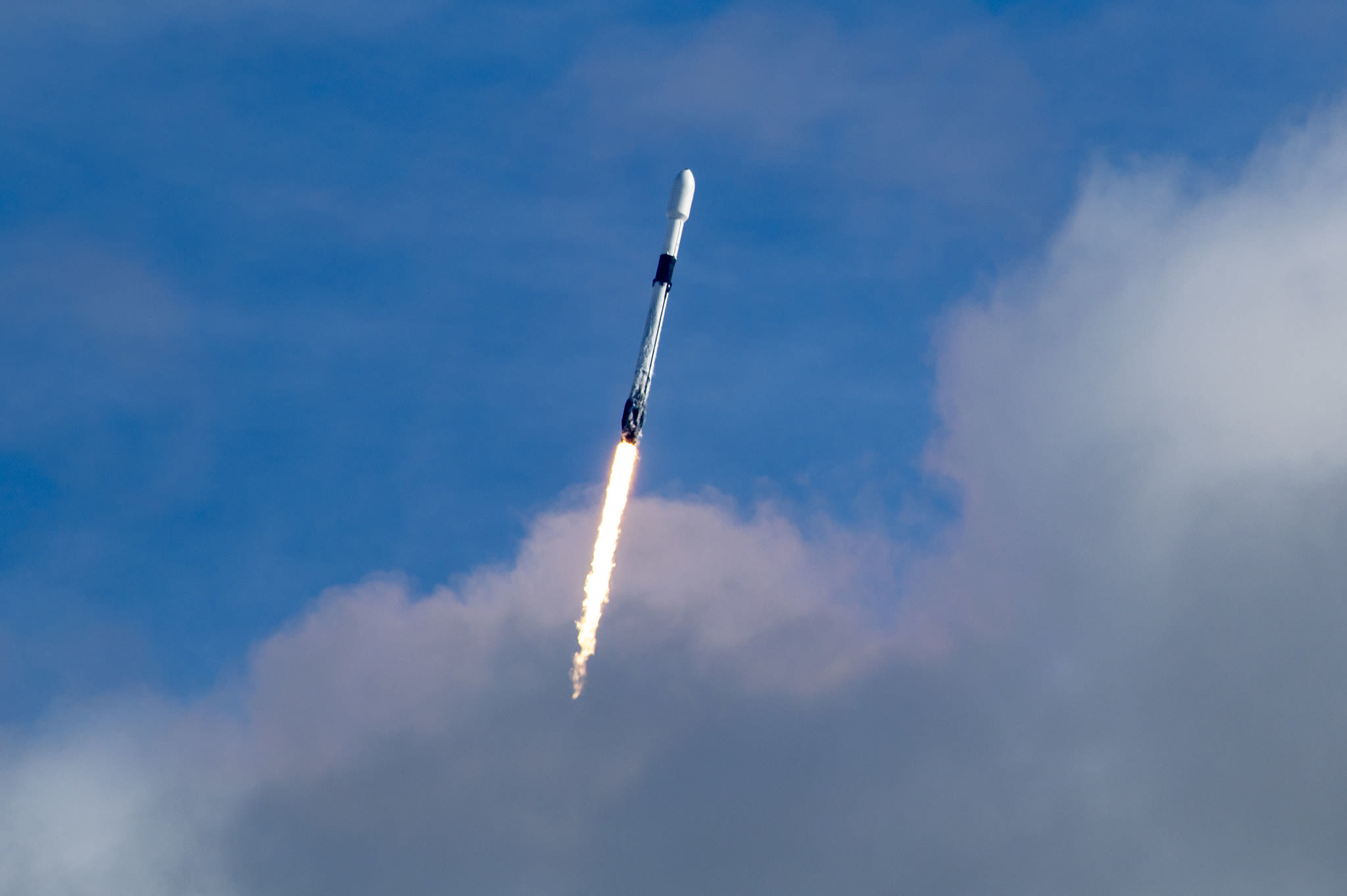 A Falcon 9 rocket launches the Transporter-1 mission in January 2021.SpaceXSpaceX is acquiring satellite data start-up Swarm Technologies, in a rare deal by Elon Musk’s space company that expands the team — and possibly the technological capabilities — of its growing Starlink internet service.Swarm, which has 120 of its tiny SpaceBEE satellites in orbit, reached an agreement with SpaceX on July 16 to merge, according to an Aug. 6 filing with the Federal Communications Commission.The company will become “a direct wholly-owned subsidiary of SpaceX upon consummation of the Proposed Transaction,” Swarm wrote in the filing.Terms and financial details about the deal were not disclosed. SpaceX and Swarm did not respond to CNBC’s requests for comment. Swarm last completed a fundraising round in January 2019 at a $85 million valuation, according to Pitchbook.The deal marks an uncommon acquisition for SpaceX, which tends to design and build systems in-house. But FCC licenses can be difficult and time-consuming to get approved, and Swarm will transfer control of of its satellite and ground station licenses to SpaceX as part of the deal, according to the filing.”Swarm’s services will benefit from the better capitalization and access to resources available to SpaceX, as well as the synergies associated with acquisition by a provider of satellite design, manufacture, and launch services,” the filing said.The company noted that the acquisition benefits SpaceX by bringing “access to the intellectual property and expertise developed by the Swarm team.”Starlink is SpaceX’s capital-intensive project to build an interconnected internet network with thousands of satellites — known in the space industry as a constellation — designed to deliver high-speed internet to consumers anywhere on the planet. How SpaceX might utilize the Swarm technology is unclear, as Starlink satellites operate in a different manner compared with the SpaceBEEs.Swarm’s IoT techFounded in 2016 and headquartered in Mountain View, California, Swarm has been building a constellation of 150 satellites. Its SpaceBEEs are “the smallest commercially operational satellites in space,” the company says – at 11 centimeters by 11 centimeters by 2.8 centimeters, the satellites are about the size of a small notebook.Swarm’s satellites communicate with its antennas on the ground, with a Swarm “Tile” that can be embedded into a circuit board, to connect Internet of Things, or IoT, devices to a global communications network. A Swarm Tile is priced at $119, and its larger standalone “Eval Kit” is $499, with the company charges a $5 a month subscription fee to use the network.Eval KitSwarm TechnologiesThe company offers services for a wide variety of IoT uses, including agriculture, maritime, energy, environmental, and transportation sectors.Swarm came under FCC scrutiny in 2018 after the unauthorized launch of its first four SpaceBEE satellites. The FCC ended its investigation with Swarm agreeing to pay a $900,000 penalty and implement a five-year regulatory compliance plan.Become a smarter investor with CNBC Pro.Get stock picks, analyst calls, exclusive interviews and access to CNBC TV. Sign up to start a free trial today.

Norwegian Cruise Line can require Florida passengers to show proof of Covid vaccination, federal judge rules
Vaccines are being required for travel — here’s how unvaccinated people feel about that
To Top
error: Content is protected !!