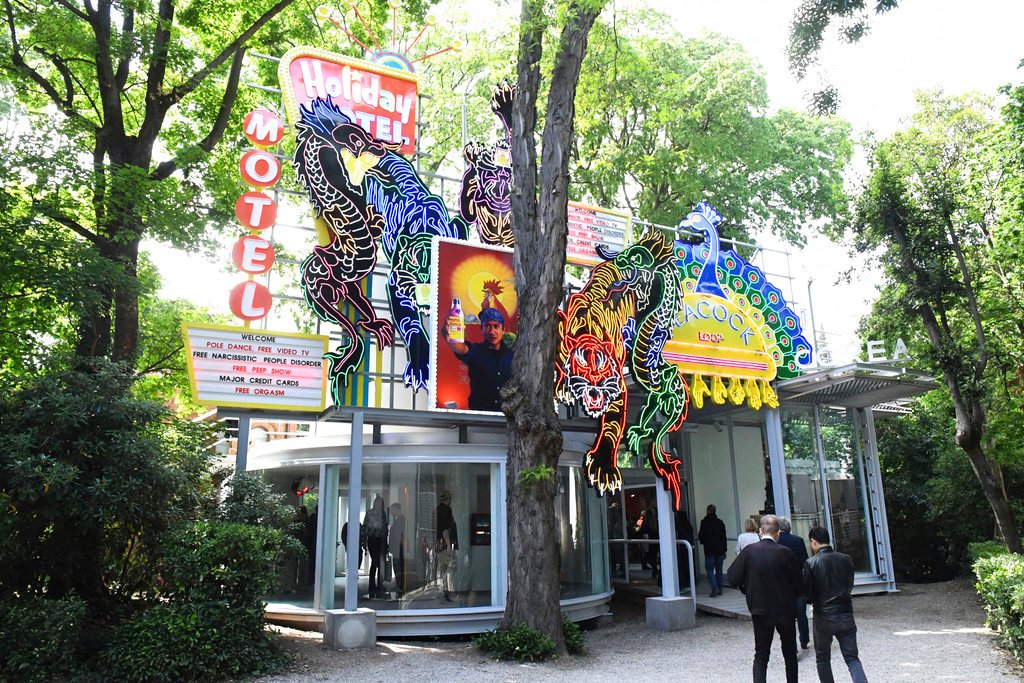 To receive Morning Links in your inbox every weekday, sign up for our Breakfast with ARTnews newsletter.
The Headlines
IT IS A BUSY MOMENT IN THE SOUTH KOREAN ART WORLD. The artist Yunchul Kim has been tapped to appear in the nation’s pavilion at the 2022 Venice Biennale, the Korea Herald reports. Arts Council Korea, which oversees the pavilion, told the Herald, “It is not known whether more artists will join the Korean Pavilion.” That will be up to the exhibition’s artistic director, whose appointment was also announced today: Lee Young-chul, a professor at Kaywon University of Art and Design who was the inaugural director of the Nam June Paik Art Center in Yongin, just south of Seoul. The selection process was restarted earlier this year after a charge of conflict of interest was leveled against a member of the committee. Meanwhile, Park Yang-woo, a former minister of culture, sports and tourism, has been hired to lead the Gwangju Biennale Foundation, which manages that closely watched show, the Maeil Business Newspaper reports. He follows Sunjung Kim, whose contracted ended in June, amid allegations of mismanagement, which she has denied. A recent investigation upheld those claims.

HECK YOUR ATTIC! You never know what you will find. A rare 1905 photograph of the women’s-rights activist Susan B. Anthony that was found in a “concealed attic space” in Geneva, New York, is being offered with an opening bid of $5,000 at One Source Auctions in Canandaigua, New York, the Associated Press reports. The photo was one of more than 300 items found in a onetime photography studio that the building’s owner found while rooting around, the Rochester Democrat & Chronicle reports. Speaking of important old photographs, the Smithsonian American Art Museum in Washington, D.C., has purchased 286 works from collector Larry West’s holdings of daguerreotypes, the New York Times reports. The purchase includes 40 photos made by three key 19th-century Black studio photographers: James P. Ball, Glenalvin Goodridge, and Augustus Washington. “This is a treasure trove for whole new generations of art historians,” the museum’s director, Stephanie Stebich, told the paper.
The Digest
With the Taliban now in power in Afghanistan, some artists are closing their studios and hiding evidence of their work, fearing that they will be targeted by authorities. “I’m hearing a lot of panic, fear, resurgence of the PTSD of the people who have lived through Taliban time before,” the Berlin-based Afghan designer Shamayel Pawthkhameh Shalizi said, of people she has talked to in the country. [Deutsche Welle]

The heirs of artist Edvard Eriksen, who made the Little Mermaid sculpture that graces the Langelinie harbor in Copenhagen, are suing to have a mermaid sculpture on view in Asaa, Denmark, destroyed. They allege that it violates their copyright. Palle Moerk, who made the work, has rejected the accusation, and said, “I didn’t think we destroyed art works in Denmark. That’s something the Taliban do.” [The New York Times]
The Inuit artist Pitaloosie Saila, who was known for fantastical and tender depictions of animals and people, and who specialized in stonecut prints, has died. She was 79. Based in Kinngait, Nunavut, Saila was elected to the Royal Canadian Academy of Arts in 2002. [Nunatsiaq News]
Ellen Havre Weis, one of the founders of the now-defunct Museum of Modern Mythology in San Francisco, has died at 64. The museum collected 3,000 items depicting advertising characters, from the Michelin Man to the Jolly Green Giant, and positioned those fictional beings as the successors of ancient mythical figures. The museum—whose board included the scholar Joseph Campbell!—closed in 1989, following the Loma Prieta earthquake. [The New York Times]
For the “One Work” column in Art in America, writer Phyllis Tuchman did a deep dive on Pablo Picasso’s 1955 painting Les Femmes d’Alger (Version L), explicating its iconography and the piece’s possible relationship to an important event in the artist’s life. [Art in America]
An art therapist asked “The Ethicist” columnist Kwame Anthony Appiah if leading “participants on a guided mindfulness journey to find their spirit animals” is a form of cultural appropriation. Click for Appiah’s answer. [The New York Times Magazine]
The Kicker
TWO THUMBS DOWN. Thomas P. Campbell, the director of the Fine Arts Museums of San Francisco, paid a visit to one of the immersive Vincent van Gogh digital experiences that have become omnipresent of late, and returned with a review: He is not a fan. On his popular Instagram account , Campbell lambastes the affair for “seedy corridors and toilets that seem more suited to a drugged-out rave,” “technology [that] is surprisingly unsophisticated for the price of entry” ($40 and up), and a spectacle with “no discernible narrative.” The bottom line? “My advice, don’t bother,” he writes, “unless you go with young kids or, if that’s your thing, infused with chemicals.” [Instagram]
Thank you for reading. We’ll see you tomorrow.