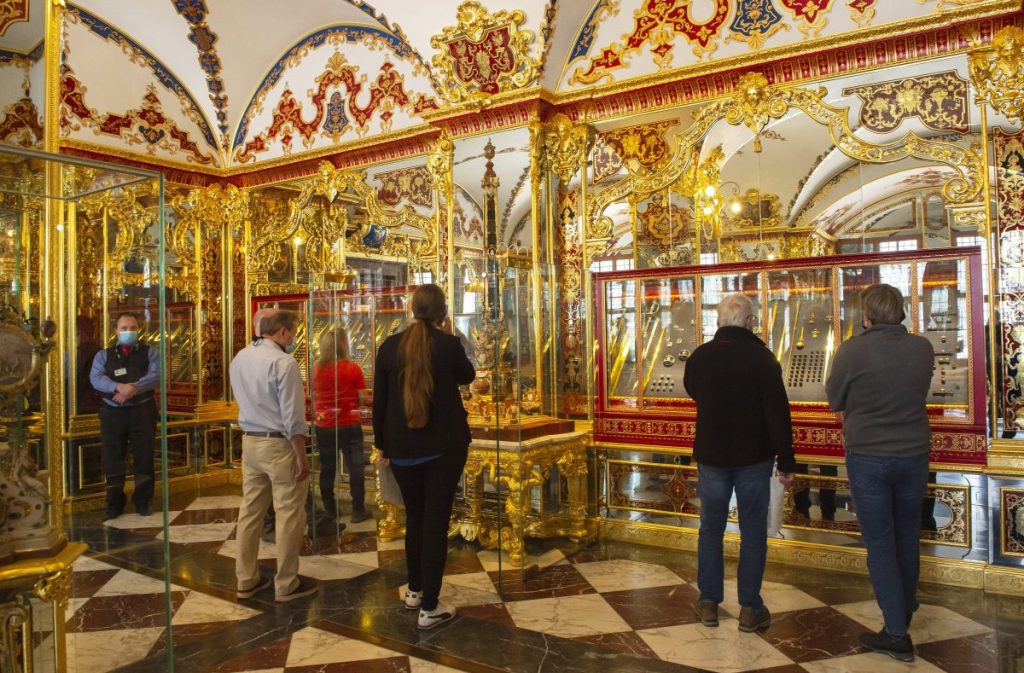 Another suspect has been arrested in connection with the 2019 theft of antique jewelry worth an estimated €1 billion (around $1.2 billion) from Dresden’s historic Green Vault. A 23-year-old man allegedly involved in the heist was apprehended by police on Thursday morning in Berlin-Treptow.
Each of the six suspects believed to have carried out the theft are in police custody, according to Jürgen Schmidt, Germany’s chief public prosecutor. The charges brought against the man, whose name has not been released due to German privacy laws, include theft and arson. He appeared in court in Dresden on Thursday afternoon.
On November 25, 2019, thieves started a fire near the Green Vault, damaging an electricity box that interrupted the residential palace’s security system. They entered the Green Vault of Dresden’s Royal Palace through a ground-floor window and broke into a glass showcase where the cache of jewelry—which includes items made of rubies, sapphires, and diamonds—was kept. Officials have not yet been able to find the stolen jewels.

Dresden investigators believe the Green Vault plot was orchestrated by individuals associated with the Remmo clan, a criminal group in Berlin charged with the 2017 theft of a rare antique gold coin from the city’s Bode Museum. The suspect apprehended on Thursday was sentenced as a minor in connection with that scheme. German officials believe that the coin, which weighs 220 pounds, may have been shaved down and melted.
German officials carried out a vast 18-raid operation involving 1,600 police officers that led to the arrest of five suspects connected with the Dresden theft in Berlin between November 2020 and May 2021. Each suspect, ranging in age from 22 to 28 years old, remains in police custody.

South Korea Picks Venice Reps, a ‘Little Mermaid’ Fracas in Denmark, and More: Morning Links for August 18, 2021
Chuck Close, Photorealist with an Acute Eye for Detail, Is Dead at 81
To Top
error: Content is protected !!