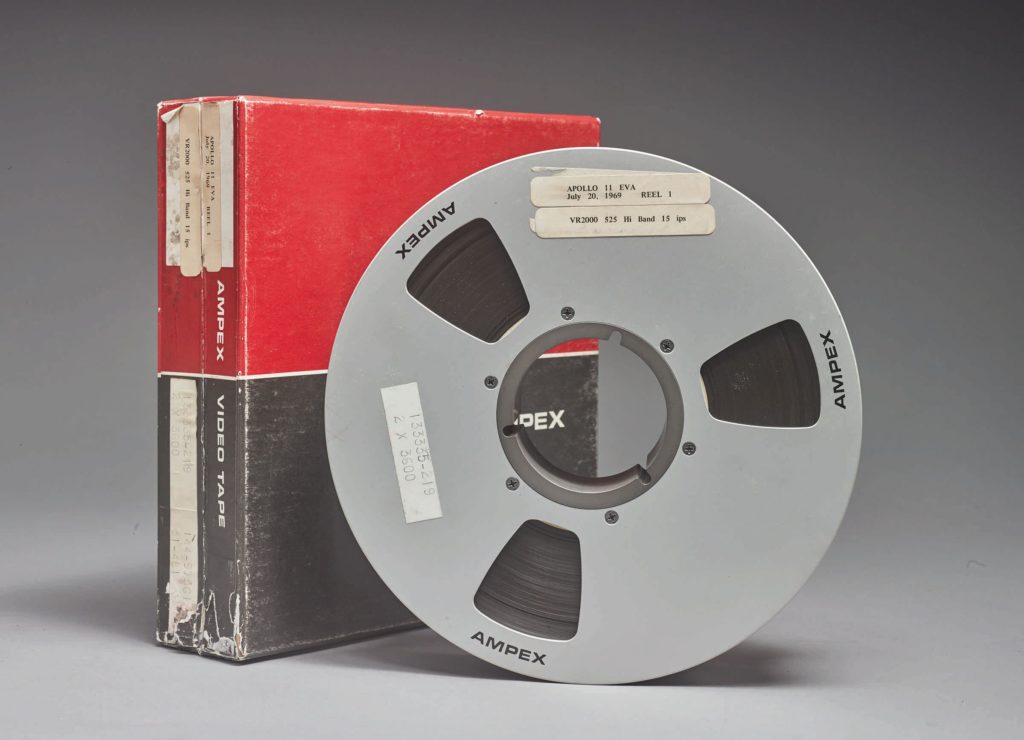 Next month, Sotheby’s will sell video recordings of the Apollo 11 moon landing in 1969. In a release, Sotheby’s said that the two-and-a-half hours worth of footage offer the “earliest, sharpest, and most accurate” images of man’s first steps on the moon.

The three reels of tape from NASA are estimated to sell for between $1 million and $2 million, and are headlining a special auction dedicated to space exploration in celebration of Apollo 11’s 40th anniversary. The sale is currently set for July 20.

The recordings are higher-definition than what was transmitted to TV sets across America, as the relay of footage from the NASA control center in Houston, Texas, to New York television networks caused the image quality to deteriorate. The tapes going to auction were recorded on 2-inch Quadruplex videotapes, and they have only been viewed a handful of times, according to the release.

Before heading to auction, the tapes will be exhibited at Sotheby’s in New York starting on July 13.

Cassandra Hatton, Sotheby’s vice president and senior specialist in the books and manuscripts department, said in a statement, “From neighbors gathered around a television set to the cosmonauts in Star City and the astronauts and engineers in Houston, this was a unique event in history that people from all walks remember with excitement and positivity. And what we universally recall about that event is best documented on these tapes—a glorious moment that united the people of earth in peace, as witnesses to mankind’s greatest achievement.”