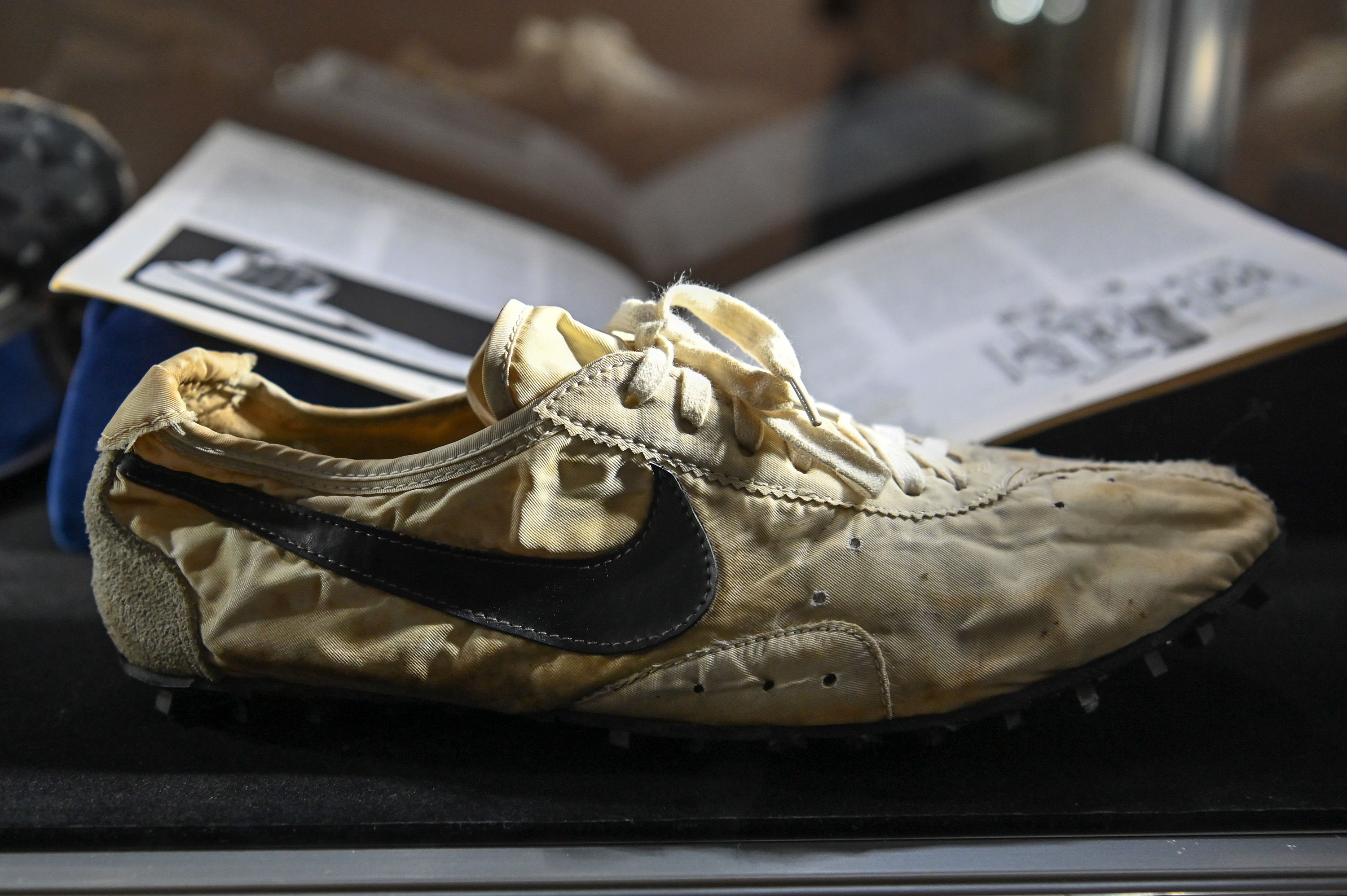 Guests view sneakers on display for “The Ultimate Sneaker Collection” online auction at Sotheby’s on July 15, 2019 in New York City.

A collection of sneakers being auctioned by Sotheby’s sold for $850,000, proving that rare sneakers are becoming a coveted collectible.

Sotheby’s and digital retailer Stadium Goods opened the auction on Thursday for 100 pairs of the rarest sneakers ever from Nike, Adidas and Air Jordan. All but one of the pairs sold this week to Canadian entrepreneur and investor Miles Nadal for $850,000.

It’s the first sneaker auction ever at Sotheby’s and highlights the rise of urban streetwear to the rarefied auction world. Today’s younger collectors are more interested in pop culture and urban fashion, so as they inherit or make more wealth, they are buying up everything from rare Air Jordans to skateboard decks and Supreme-branded boxing gloves.

Nadal said he plans to display the sneakers at his Dare to Dream Automobile Museum in Toronto, where he houses his collection of 142 cars and 40 motorcycles.

“I have always been an avid enthusiast and appreciator of unique art and collectibles that represent innovative design, exceptional craftsmanship and new and exciting trends in pop culture,” he said.

The Nike Waffles were designed by Nike co-founder Bill Bowerman and used a waffle-like sole, which was Nike’s breakthrough brand innovation. Only 12 pairs were made for runners at the 1972 Olympic trials, and the pair being auctioned is thought to be the only ones that weren’t actually worn.

The sale also included two pairs of Nike “Mags” — the shoes made famous in “Back to the Future Part II.” Nike made 1,500 pairs of the shoes in 2011, but the sneakers didn’t lace themselves like the ones in the film.

Nike released another pair of Mags in 2016 that used a special power-lacing technology to lace themselves, but Nike only made 89 pairs. So they are highly sought by collectors. The pair being auctioned were expected to fetch $50,000 to $70,000.

Another star of the sale was the “Jeter” edition Air Jordan 11. The pair was created to commemorate New York Yankee Derek Jeter’s retirement in 2017. Only five pairs were made, in white and navy blue to honor his jersey colors, along with his number 2 embroidered on the heel. They were estimated to sell for up to $60,000.

Nadal was charged in 2017 by the SEC for failing to disclose perks to shareholders of his company, MDC Partners. Nadal paid a fine of $5.5 million to settle the charges but did not admit or deny the SEC findings. He was also barred from serving as an officer or director of a public company for five years.