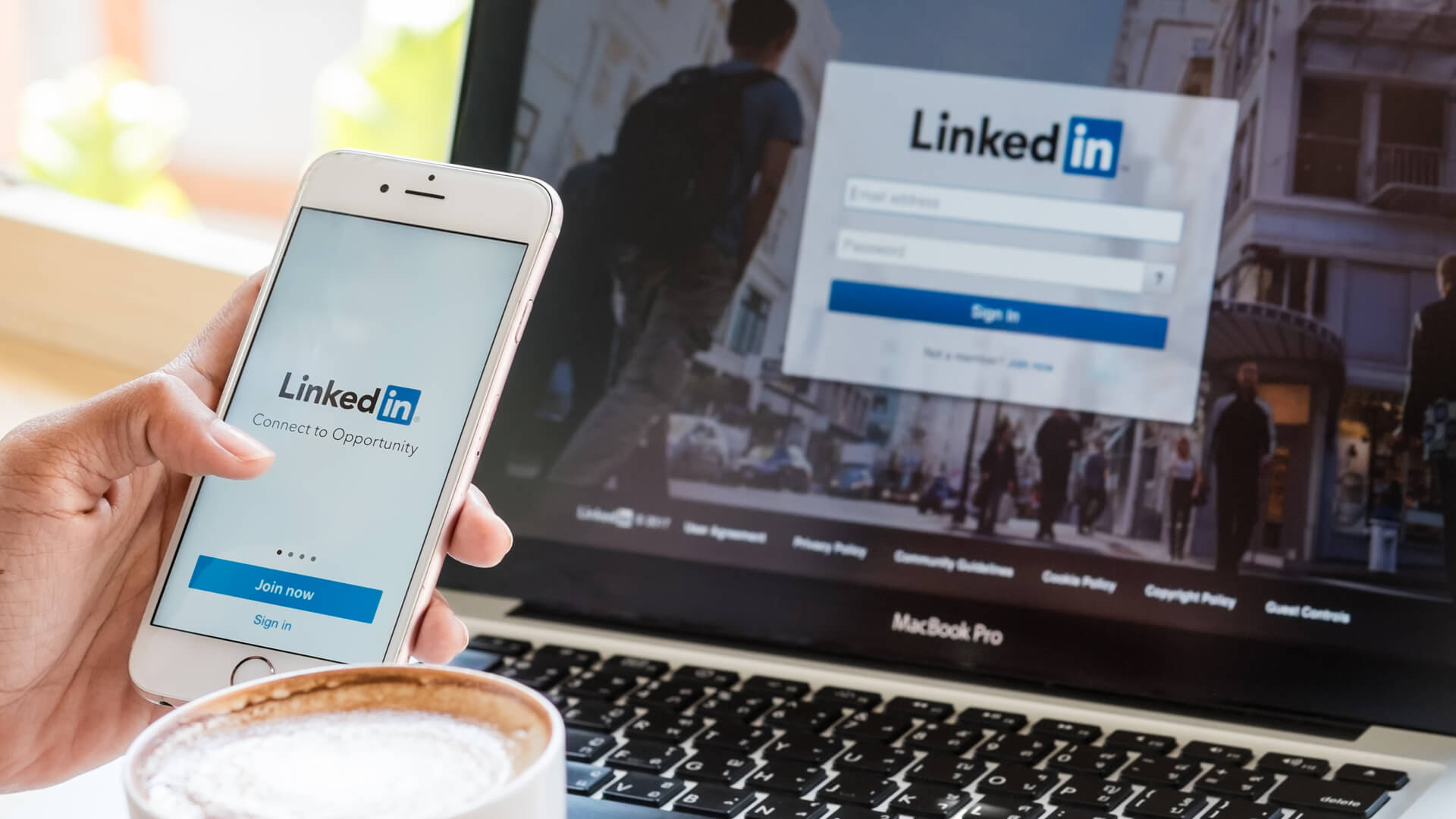 This collection of social media marketing and new hire announcements is a compilation of the past week’s briefs from our daily Marketing Land newsletter. Click here to subscribe and get more news like this delivered to your inbox every morning. How to find an expert on LinkedIn. LinkedIn has added a new feature for posting on the platform. Users can now choose a “Find an Expert” button when creating a post that will launch a series of options to define what kind of expert you need.

LinkedIn will then automatically add relevant hashtags to the post to help it get more exposure. The feature is currently available within the LinkedIn app on Android and iOS devices, but doesn’t appear to be available on desktop. In related features, LinkedIn recently added the option for SMBs and service providers to list the services they provide directly on their LinkedIn profile, making it possible for users to filter general searches on the platform based on the services they need.Facebook settles lawsuit over fake Likes. Facebook has settled a lawsuit it filed against Social Media Series Limited, a New Zealand-based company charged with selling social media bots that generated fake likes on Facebook and Instagram, according to The Verge.

The two companies have reached a truce after Facebook charged the company in April with using a variety of names to sell “millions” of automated Likes across its platforms. “We don’t know the terms of this settlement, only that the companies have agreed to resolve this matter,” reports The Verge. The NFL heads over to YouTube. On Wednesday, the NFL premiered its “NFL Game Day All-Access” program, a weekly show that will air exclusively on YouTube, offering fans an “intimate” look at the full game day experience through the lens of NFL players and coaches. The first episode featured Seattle Seahawks quarterback Russell Wilson, Arizona head coach Kliff Kingsbury and more. “For players, each game starts well before kickoff and continues after the final whistle,” says NFL Films Senior Executive Ross Ketover, “This series will deliver our fans the best of these moments each week throughout the season.” The shows are produced by NFL Films and run 20-minutes in length.Twitter’s “how-to” guide for marketers. Twitter has published a 30-page Agency Playbook, created as a “how-to guide” for marketers, social media managers and community managers on the platform.

“In each chapter, you’ll find insightful tips for every stop of the game, from the very people behind Twitter Business,” writes Twitter’s Michelle Lee on the company’s business blog.The playbook offers tips on combining organic and paid Twitter strategies, creating effective profiles and crafting engaging Tweets. It also includes data-backed cased studies and a breakdown of Twitter’s ad offerings, targeting options, creative ad specs and analytic tools provided by the platform. “The ins-and-outs of our various campaign types, advanced interest-based targeting tools, creative ad specs, and analytics are all laid out here to eliminate confusion and consolidate the necessary, must-have information in one place,” writes Lee. You can find a download of playbook here: Twitter Agency Playbook.Spotify Snaps. Spotify has integrated a new Snapchat feature that lets users send a Snap of whatever they’re listening to on Spotify. As long as users have both Snapchat and Spotify apps installed, the feature will appear in Spotify’s share menu. “When chosen, Snapchat will automatically create a Snap that includes song info and album art for the currently playing track,” reports The Verge. Users can share songs, albums, playlists and podcasts to individuals on Snapchat or via a Story. Comments still showing up on YouTube kid videos.

In February, YouTube said it would no longer allow comments on videos containing minors, a move to improve safety measures for children’s content on the platform. But, six months later, an investigation by CNET found comments had been enabled on more than 100 videos posted in the last month by more than 100 different channels, all containing young children. After being alerted to the issue by CNET and given a list of the videos with comments turned on, YouTube disabled comments on nearly half of the videos and sent the following comment from a YouTube spokesperson: “We invest significantly in the teams and technologies that allow us to provide minors and families the best protection possible. We’ve suspended comments on hundreds of millions of videos featuring minors in risky situations and implemented a classifier that helps us remove two times the number of violative comments. We continue to disable comments on hundreds of thousands of videos a day and improve our classifiers.”Facebook’s efforts to help prevent suicide and self-harm. On Tuesday, Facebook announced its latest policy updates aimed at helping users who are at risk of committing suicide or exhibiting self-harm behaviors.

The company said it was adding a health and well-being expert to its safety policy team, exploring new ways to share public information on how people talk about suicide and self-injury topics on the platform and working to surface more resources for people in need.The company also reported it has removed more than 1.5 million pieces of suicide and self-injury content on Facebook between April and June of 2019. “During that same time period, we took action on more than 800 thousand pieces of this content on Instagram and found more than 77% of it before it was reported by a user,” writes Facebook’s Global Head of Safety Antigone Davis. Facebook is also giving a select group of academic researchers access to the social media monitoring tool CrowdTangle so that they can better understand how information shared on Facebook and Instagram can be used for suicide prevention efforts.On the MovePhilippe Krakowsky has been named chief operating officer of IPG.

Krakowsky has been with the ad agency since 2002, most recently serving as the chief strategy and talent officer and CEO of IPG Mediabrands. “For more than a decade, Philippe has played a key part in major strategic actions at Interpublic that have been integral to our long-term success,” said IPG CEO Michael Roth, “He has helped me in the design and execution of our cross-agency ‘open architecture’ model that delivers the best of IPG solutions to our clients.” Daryl Lee will take over the IPG Mediabrands CEO role and Eileen Kiernan has been promoted to global CEO for UM, IPG’s media-buying division previously managed by Lee.General Motors has named Deborah Wahl as its new chief marketing officer. Wahl previously served as CMO for GM Cadillac where she was charged with redefining the brand’s reputation. “By aligning marketing across GM under Deborah’s leadership, we will build stronger brands while ensuring more effective, efficient and agile customer engagement,” said GM CEO Mary Barra.

Wahl will report to Barry Engle, president of the Americas for GM, and her role as Cadillac CMO will be filled by Melissa Grady who previously served as the director of media and performance marketing for Cadillac. IAB has hired Zoe Soon to serve as the organization’s vice president for mobile. She will oversee the IAB Mobile Marketing Center of Excellence, and work with the digital media and marketing association stakeholders to solve problems, develop best practices and help generate growth across the mobile marketing landscape. “Her combination of big-picture thinking and tenure of building products in technology-driven businesses will allow our members to not only understand the broad, industry-wide changes facing their businesses, but also develop actionable strategies that allow them to succeed,” said IAB CEO Randall Rothenberg about Soon’s new role. Prior to joining IAB, Soon was the general manager of apps and email at Business Insider.Acquisition AnnouncementsMuteSix now part of the iProspect family.

Dentsu Aegis Network’s iProspect has acquired MuteSix, a direct-to-consumer marketing agency. Founded in 2015 by Steve Weiss and Daniel Rutberg, MuteSix will now be known as “MuteSix, an iProspect Company” and Weiss and Rutberg will continue to lead the agency, reporting to iProspect U.S. CEO Jeremy Cornfeldt. “Together with iProspect, MuteSix is able to service the best direct-to-consumer brands on a global scale, extending our capabilities and offerings to provide solutions to clients beyond Facebook and Google,” said Weiss.Bazaarvoice buys Influenster. The product review and UGC platform Bazaarvoice has acquired Influenster, a product discovery solution with nearly six million community members. “Influenster’s product sampling and review generation offerings further strengthen our core product ratings and review solutions, and their hyper-targeting and gamification capabilities will allow us to better support our customers’ broader marketing initiatives,” said Bazaarvoice CEO Joe Davis.

About The Author Amy Gesenhues is a senior editor for Third Door Media, covering the latest news and updates for Marketing Land, Search Engine Land and MarTech Today. From 2009 to 2012, she was an award-winning syndicated columnist for a number of daily newspapers from New York to Texas. With more than ten years of marketing management experience, she has contributed to a variety of traditional and online publications, including MarketingProfs, SoftwareCEO, and Sales and Marketing Management Magazine. Read more of Amy’s articles.

Digital marketers on Pinterest IPO: Get in early while costs are low, learning opportunities are high