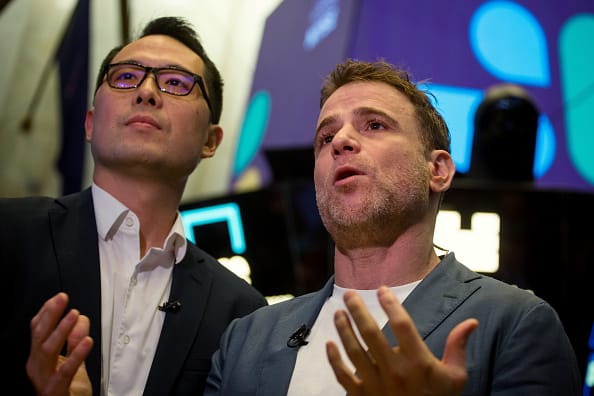 Shares of Slack, maker of the popular workplace chat app, plunged as much as 16% on Wednesday after the company issued its first earnings report as a public company, briefly dropping below the reference price from its direct listing.

Slack said in a statement that its revenue grew 58% year over year in the second quarter of the 2020 fiscal year, which ended on July 31.

Slack debuted on the New York Stock Exchange in June through a direct listing, following the path taken by Spotify last year. A few days before its listing, Slack forecast second-quarter revenue of $139 million to $141 million, representing growth of about 52%.

The company’s main competitor is Microsoft, which includes the Teams work chat app in Office 365 business subscriptions. In July, Microsoft released statistics suggesting that Teams is more widely used than Slack. On Wednesday Slack did not provide updated user statistics

“We see an equal opportunity for both Slack and Microsoft Teams to grow as alternatives to traditional e-mail and argue a duopoly-like market structure could form around the two most popular messaging-centric in platforms at maturity,” KeyBanc Capital Markets analysts led by Brent Bracelin wrote in a note to clients on Aug. 25.

Slack’s uptime — a measure of how frequently the service is operating normally — slipped below 99.9% in June and July, wrote the KeyBanc analysts, who recommend buying the stock. Slack provides customers with credits for future use when uptime is below 99.99%. Those credits can impact revenue. Slack said its revenue for the quarter was negatively impacted by $8.2 million of credits.

“This is a big area of investment,” Slack CEO Stewart Butterfield told analysts on a conference call on Wednesday. “We’ve made some great hires on the infrastructure side.”

For the fiscal third quarter, Slack is calling for a loss of 8 cents to 9 cents per share, excluding certain items, and $154 million to $156 million in revenue, reflecting 46% to 48% revenue growth. Analysts polled by Refinitiv had expected Slack to forecast a fiscal third-quarter loss of 7 cents per share, excluding certain items, on $153.2 million in revenue.