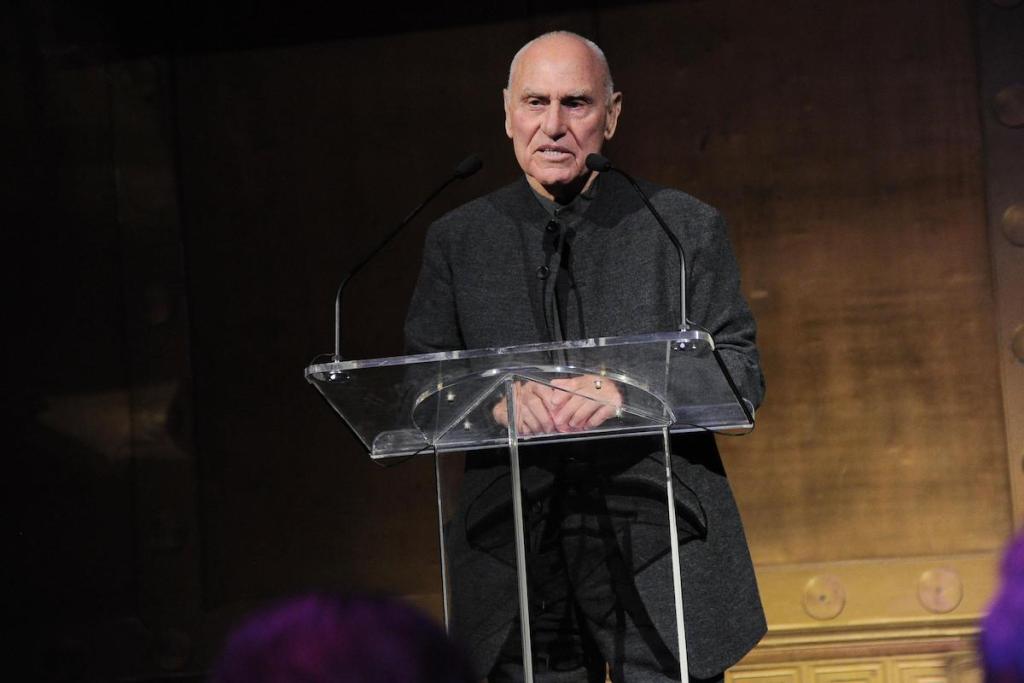 Six people have been arrested in Qatar for vandalizing a giant Richard Serra sculpture in the country’s desert. The Qatar Museums, which manages the upkeep of the piece, titled East West/West East (2014), announced the arrests on Instagram and said they had occurred within the past two months. “Legal procedures are in process against” the suspected vandals, the Qatar Museums said.
In a prior post, the Qatar Museums said the vandalism took place on December 28 and that an unspecified number of people had been apprehended in connection with them. Since the vandalism, the institution has undertaken a cleaning effort for the work to rid it of scratches and graffiti.

“Over the last 2 months, security have patrolled the area and are reporting incidents to the police,” the Qatar Museums wrote on Wednesday. “Vandalism of all kinds is a crime punishable by law, and Qatar Museums emphasises our collective social responsibility to preserve public art.”
East West/West East was commissioned by the Qatari royal family, and it features a set of monolith-like steel plates arranged across a half-mile stretch. Those plates are of varying heights, with the tallest one rising 55 feet into the air.
Serra’s sculpture—among the largest ones that the Minimalist sculptor has ever produced—has been the subject of vandalism on at least one other occasion. In 2020, the Qatar Museums said that East West/West East was “severely and deliberately damaged” by vandals. A campaign to support the protection of public works in Qatar was launched months later that involved the addition of surveillance systems to monitor the area around the Serra commission.