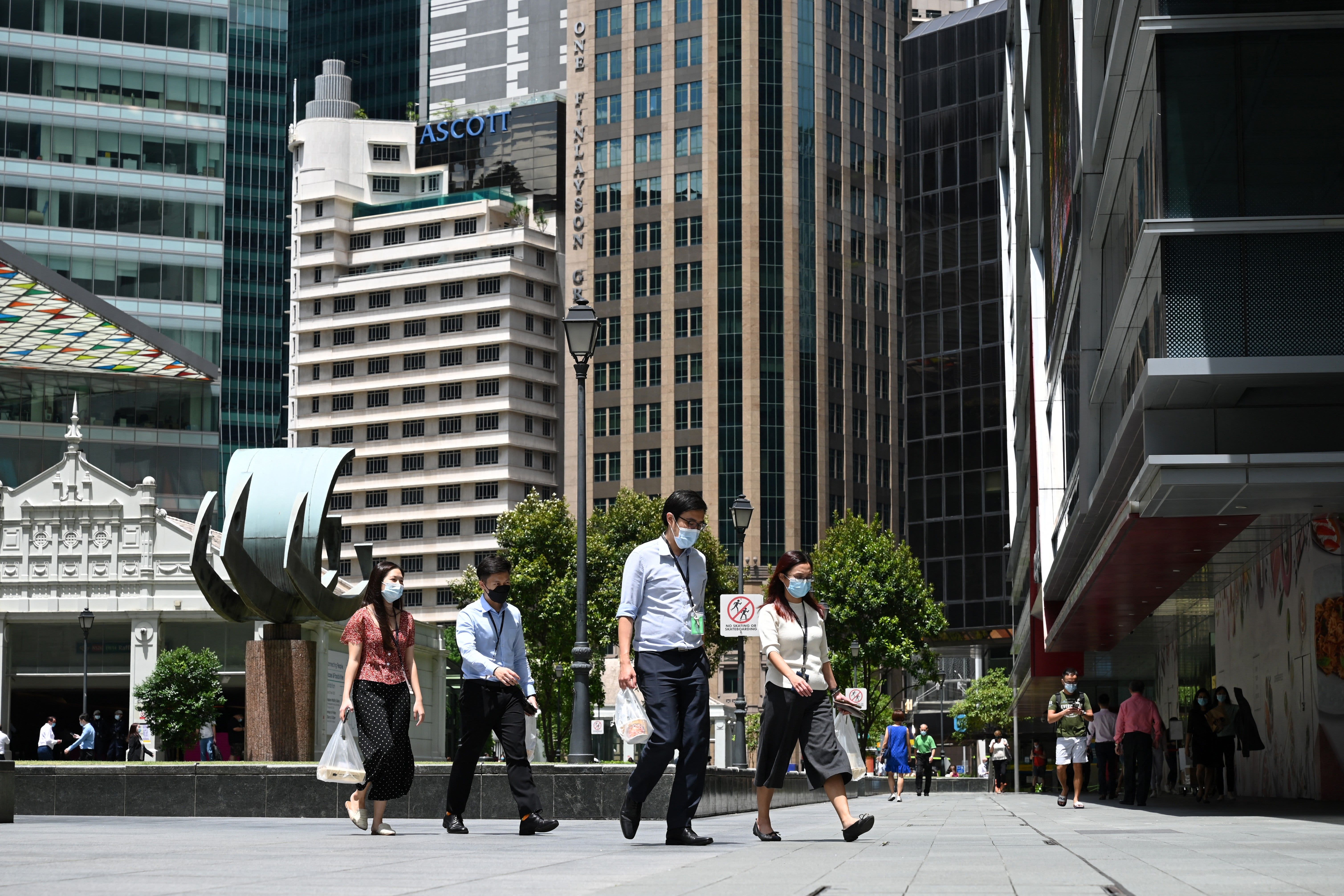 SINGAPORE — Singapore is facing its biggest local outbreak of Covid-19 infections in months — but the situation could improve in the coming weeks, according to Dale Fisher, chair of the World Health Organization (WHO) Global Outbreak Alert and Response Network. “We believe that we can break the transmission chains,” he told CNBC’s “Street Signs Asia” on Wednesday.”With pretty sophisticated and thorough contact tracing, together with the quarantine of the contacts and the isolation of the cases, I would have confidence that we’d start to see things improving over the next couple of weeks,” said Fisher, who is also a professor at the Yong Loo Lin School of Medicine at the National University of Singapore.Singapore’s new cases in the community have increased to 64 cases in the past week, up from 11 in the week before, according the health ministry’s update on Tuesday.The country’s multi-ministry task force announced Tuesday that tighter restrictions will be reimposed from May 8 through to May 30. The Straits Times index was down 1.04% on Wednesday afternoon.Variants in the communityAuthorities also said the “double mutant” Covid variant — first detected in India — has been found among locally transmitted cases. That B.1.617 strain is seen as partly to blame for India’s soaring caseload that has pushed its health-care system to the brink, with hospitals running out of beds and oxygen.Fisher said it’s difficult to determine just how much impact a variant can have on transmission of the virus.While there’s “good evidence” that many variants have “increased transmissibility,” it’s not the only factor.”It’s also about all the various measures that are in place, and in fact, those measures work. It’s just … this version of the virus is less forgiving of any breaches,” he said.It’s about shutting down clusters, stopping transmission chains and living with (the virus) rather than sort of having a … blunt shutdown.Dale FisherProfessor, National University of Singapore.He noted that some cases were confirmed after their 14-day quarantines were completed. Singapore has now increased the quarantine period to 21 days for travelers arriving from higher risk countries.But it’s not clear whether the incubation period is longer for variants of the virus, said Fisher, who added there might also be false-negative Covid test results — that means a person has actually contracted the disease but the test indicates he is not infected.’Confidence’ in SingaporeStill, he said he has “a lot of confidence” in Singapore’s systems, and believes the country is taking the right approach by not going into lockdown.”It’s about shutting down clusters, stopping transmission chains and living with (the virus) rather than sort of having a … blunt shutdown,” he said. “We’re aware of the social and economic consequences of that.”As for vaccinations, Fisher said Singapore probably leads the rest of Asia in terms of the share of its population that has received at least one shot. “I think we’re getting there steadily,” he said. “There’s expected to be a very high level of nationwide immunization by October.”More than 2.2 million doses of the vaccine have been administered in Singapore as of April 18, the ministry said. The country reported 16 new cases on Wednesday, bringing the total to 61,268.

Biden’s new Covid vaccination goal is for 70% of adults to have at least one shot by July 4
Hilton CEO: Business travel is back to about 50% of pre-Covid levels, but some markets are stronger
To Top
error: Content is protected !!