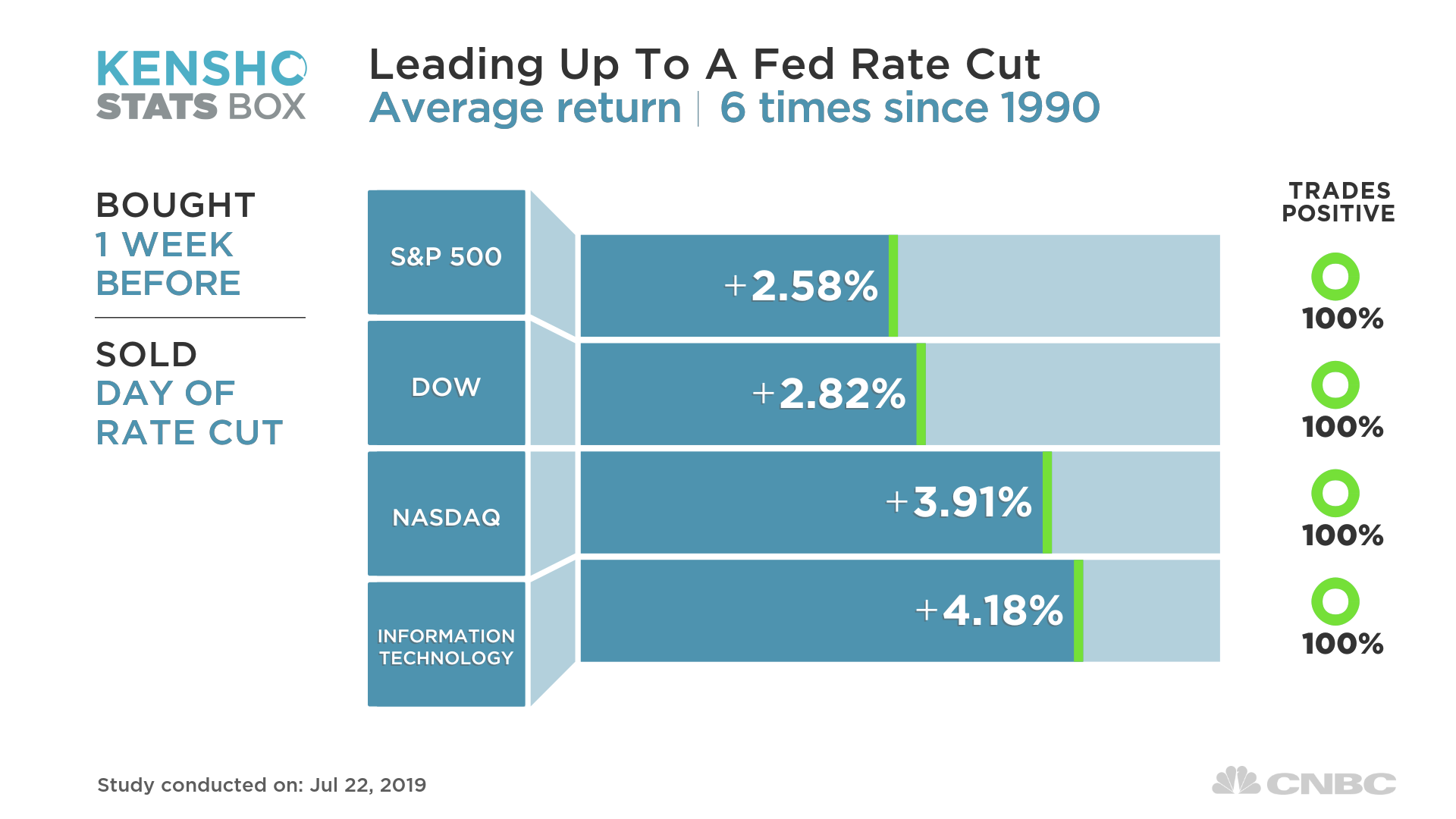 Investors could not be any more confident that the Federal Reserve will cut interest rates when its Federal Open Market Committee meets for two days on July 30–31. The CME FedWatch tool puts the probability of a rate cut at 100%. The only question market traders have now is how big the cut will be. Three in four traders expect a rate cut of 0.25%; one in four think the Fed will double up, cutting rates by 0.50%.

Speculation that the Fed might double up on the cut and make it 50 basis points rather than 25 basis points increased after a speech by New York Fed President John Williams last week, who said that policymakers need to act quickly when growth slows. The NY Fed walked back those comments shortly after the speech, saying it was a historical analysis rather than an intended policy statement.

Either way, it would be the Fed’s first rate cut in more than a decade, when the central bank slashed rates to virtually zero as a result of the Great Recession.

The more recent Fed direction, begun under former chairwoman Janet Yellen and continued by new chairman Jerome Powell, has been a series of interest-rate hikes. In late 2015 the Fed raised rates for the first time since 2006. Powell continued the hikes as unemployment reached a record low and concerns about inflation grew, though those concerns have waned as Powell and other Fed officials argue that the decades-old relationship between labor and inflation has “gone away.”

It would be the Fed’s first rate cut in more than a decade, when the central bank slashed rates to virtually zero as a result of the Great Recession.

Combined with low growth overseas, a trade war and some signs of softness in a relatively strong U.S. economy, the central bank has telegraphed a more accommodative, or dovish, stance.

Currently, the benchmark rate is at 2.25%–2.50%, which is still very low compared to previous eras. But market history says that any rate cut would be a bullish signal for stocks in the days ahead of the FOMC meeting. That’s based on a CNBC analysis of data from Kensho, an analytics platform used by Wall Street banks and hedge funds to identify trading patterns.

Since 1990, the trading week ahead of a rate cut has been positive for the U.S. stock market 100% of the time across six such instances. The S&P 500, Dow Jones Industrial Average and Nasdaq all post big gains in the five days ahead of a rate-cut announcement from the Fed. The S&P and Dow gain 2.5%, while the Nasdaq gains about 4% during these periods. The top-performing sector in this period has been tech, which gains more than 4% and is a positive trade 100% of the time.