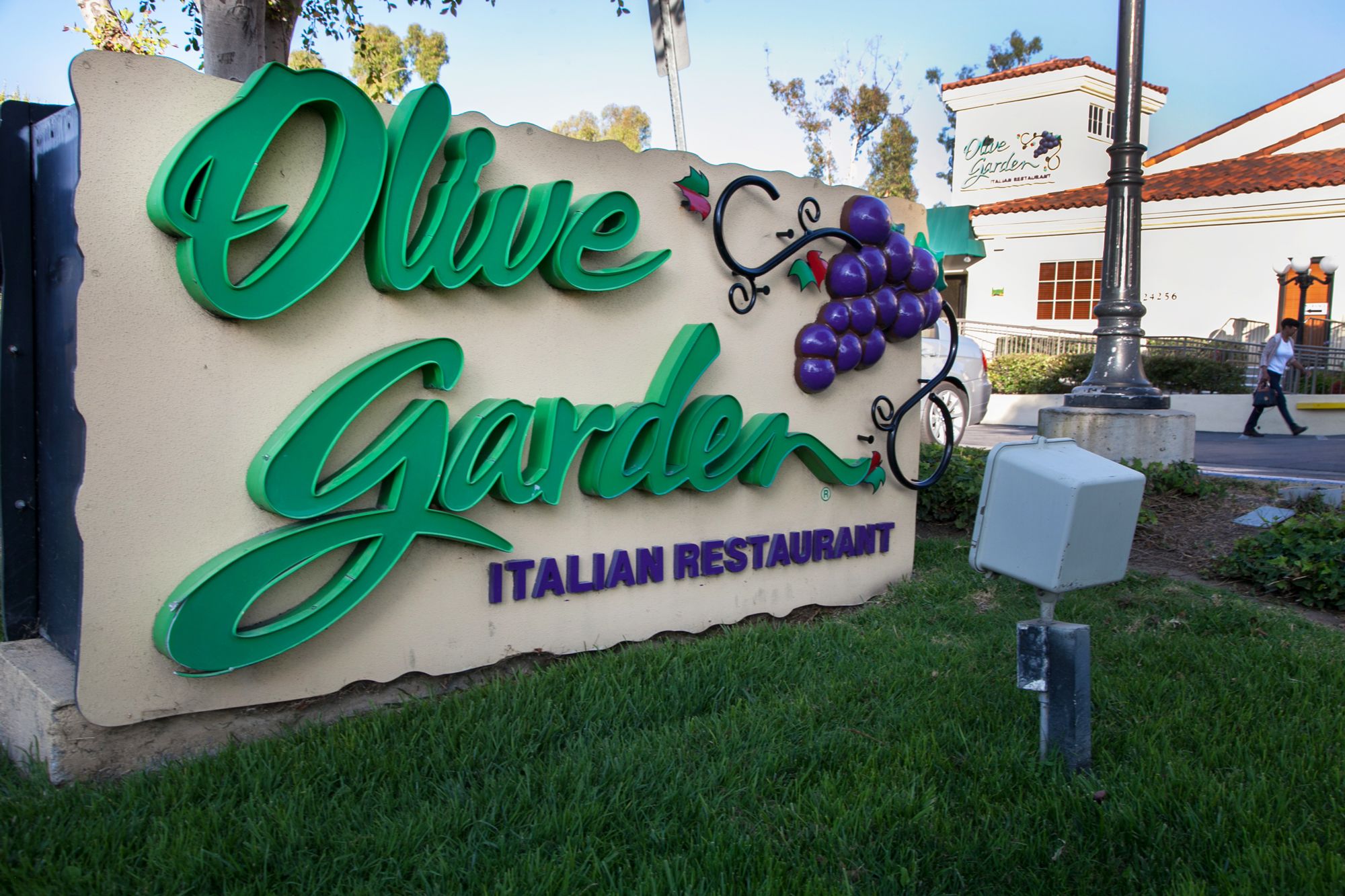 Shares of Darden Restaurants slid nearly 4% in Thursday morning after its earnings report showed that declining traffic to Olive Garden, its top chain, resulted in weaker-than-expected revenue for its fiscal fourth quarter.

The restaurant company’s stock, which has a market value of $13.9 billion, has risen 21% over the last year.

Darden said foot traffic to Olive Garden locations open at least a year fell 0.4% during the quarter ended May 26. The Italian food chain, which accounts for roughly half of Darden’s net sales, reported same-store sales growth of 2.4%.

Overall same-store sales growth across all of Darden’s restaurants, including LongHorn Steakhouse and The Capital Grille, was 1.6% during the quarter, missing analysts’ estimates of 2.3%.

Despite missing estimates on revenue, Darden topped expectations for its quarterly earnings. The company reported adjusted earnings per share of $1.76, beating Wall Street’s estimates of $1.73.

“I’m pleased with the results we achieved during the fourth quarter, which wrapped up another strong year of sales and profit growth for Darden,” CEO Gene Lee said in a statement.

Darden also released its fiscal 2020 forecast Thursday. The company is expecting same-store sales growth of 1% to 2% and net earnings per share in a range of $6.30 to $6.45, with 15 cents related to the fiscal year containing 53 weeks.

Slack CEO predicts end of company email as we know it in 7 years
CEOs who I talk to see the economy slowing down
To Top
error: Content is protected !!