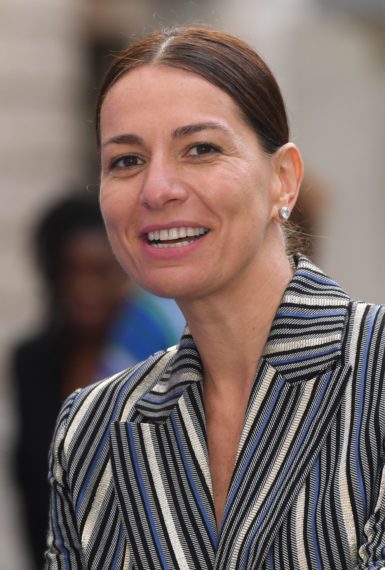 A report by the Guardian on Friday revealed connections between Yana Peel, the chief executive of the Serpentine Galleries in London, and the Israeli tech firm NSO Group, which she co-owns.

Amnesty International has been among the most notable human rights groups to raise concerns about NSO Group’s services. In a report issued by the organization in August of last year, Amnesty International alleged that NSO Group was relying on a spyware technology called Pegasus to target dissidents in Saudi Arabia and the surrounding region. In May of this year, NSO Group said that it would investigate “credible allegations of misuse.”

The report came as a surprise to some in the United Kingdom, where Peel is known for advocating for activist-oriented art by such figures as Ai Weiwei. She has previously also said that the Serpentine should act as a “safe space for unsafe ideas.”

Reached by ARTnews, a Serpentine representative said that the museum could not comment and that the article was “under legal challenge.”

In the recent months, connections between the Serpentine and the Sackler family, which has also come under fire for its business dealings, have been addressed by artists. Earlier this year, at a press conference for her exhibition at the Serpentine Sackler Gallery (one of two art spaces run by the Serpentine Galleries), Hito Steyerl called on the museum to address its ties to the Sacklers, whose pharmaceutical comapny Purdue Pharma has been widely accused of inciting the opioid crisis through the production of the drug OxyContin. In response, the Serpentine said it had “no future plans to accept funding from the Sacklers.”